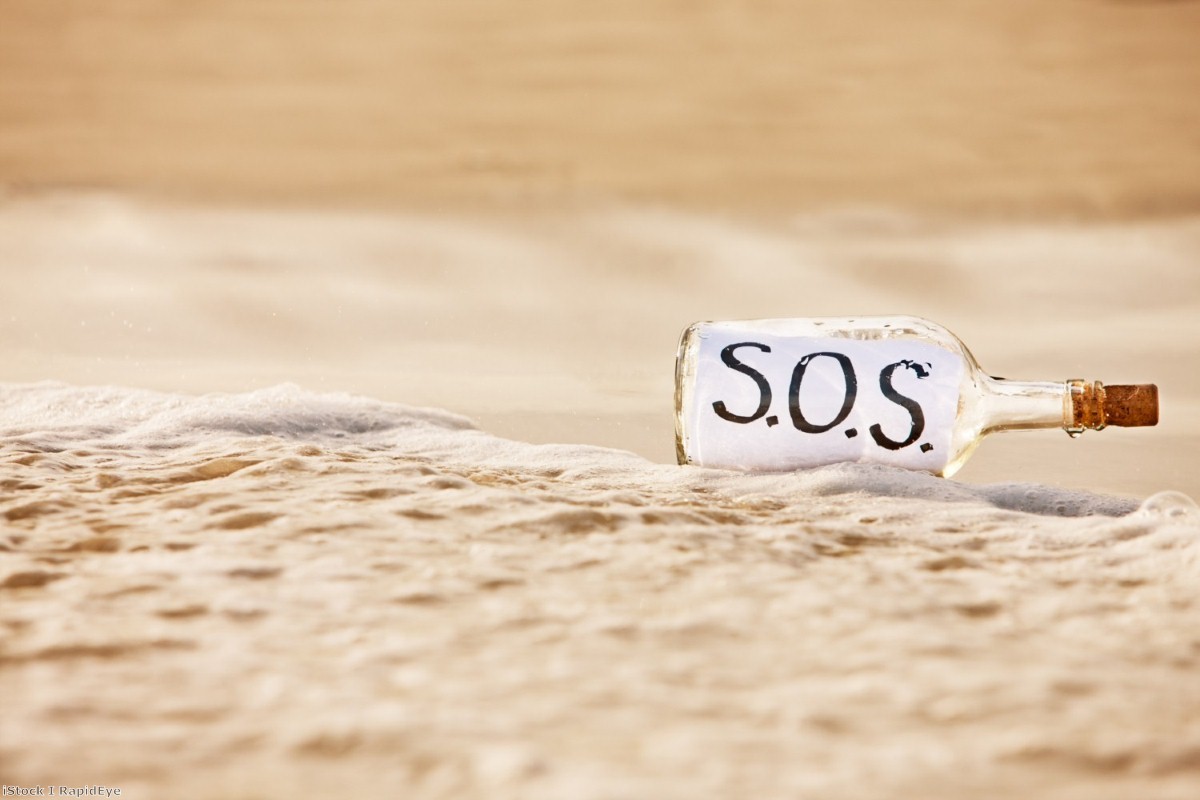 Happy Easter. Normal service has now resumed. The worst are full of piety and cynicism. The best are shooting themselves to death in the bottom of a ditch somewhere.

The European-elections-that-might-never-be-but-almost-certainly-will have kicked off. The Conservatives are running and not-running at the same time. It's like they've based their election campaign on the film Sliding Doors and are simply watching different future possibilities stretch out before them.

After all, why only campaign in one reality, when you can act like you're in another one? There were even reports this week that the prime minister would pretend she lived in a timeline in which she'd passed her meaningful vote and was going to introduce the legislation to enact it. And then she realised she would lose that too and changed her mind. What a time to be alive.

Labour is in this reality, but wishes to campaign as two different parties within it. It is the party for Brexiters and the party for Remainers, simultaneously. They want everyone to get along in the big hazy embrace of meaningless drivel. The best deal for Britain. A close relationship with Europe. All the hits. The same terrible music you heard for the last three years now repackaged in an exciting new format.

Before Easter, they selected leading Remainers for top spots in their candidate list, including Eloise Todd of Best for Britain and Andrew Adonis, a leading campaigner against Brexit. That seemed to indicate a Remain shift, in line with demands from their members, their national policy forum and the trade unions.

But this week Adonis released a statement with all the usual boilerplate fantasies of Labour's Brexit policy. It read as if he'd been dragged into a dark room with a video camera and ordered to write it at gunpoint. Evidently, the war goes on. The only real marker for progress will be the manifesto, although the party is likely to fudge it as much as humanly possible.

It is to their credit, however, that they even bothering to write a manifesto. Yes, we really are in so dark a place that even this is considered a moral achievement. The Brexit party have simply skipped it.

Nigel Farage was asked about it this week, as he unveiled the latest in his despairing list of has-beens and lunatics, and said he didn't see the need. "As far as the manifesto is concerned, we are fighting the 23 of May on the issue of democracy. Are we a democratic country or not? We will talk about all those things after the 23 May."

A remarkable response. The tradition, of course, is for parties to publish their manifesto before the election is held, so that voters can base their decision on what it contains. Not so anymore. Actual policies are a hindrance to electoral success.

The party claim to be fighting a 'Remain parliament', but in reality it is fighting reality itself. They have shunned any glimmer of it and run from any mention of its name.

But reality does not go away just because you ignore it. Over the last three years, it has slowly dismantled them. They were incapable of managing it because they had not bothered to understand it.

They are the saboteurs of their own project. Far from it being a Remain parliament, the actual Brexiters in parliament were the people who prevented Brexit from taking place. Now they campaign outside parliament to make it do the thing they cannot accept it doing. It is a mental breakdown in political form.

So instead of coming up with a strategy, the Brexit party has retreated to the dreamy days of the referendum, when they could promise everyone their own personal rainbow and there was no such thing as backstops, or regulatory alignment, or customs borders, or harmonised regulation.

This is the anti-politics: the substitution of identity for ideas and feelings for reason. They're not champions of democracy. They are promoters of a fundamentally undemocratic approach to elections, which deprives the public of any rational basis upon which to make political decisions.

But even these monstrous imbeciles are doing better than the Remain parties, who have somehow managed to take a moment of surging momentum and turn it into a internecine bloodsport. The Greens, Liberal Democrats and Change UK are currently in a battle to take votes off each other, in a process which could well see all of them deprived of a seat.

The Greens and Lib Dems are as much to blame as anyone. The Lib Dems picked candidates early, making any cooperation harder to achieve. The Greens seem completely oblivious to the damage they're doing. They act like it is business as normal, when in fact we are in a national emergency and their response to it demonstrates they are not substantial or farsighted enough to meet its challenges.

The failings of Change UK are more significant. They promised three things: to do politics in a new way, to be competent about how they conducted it, and to stop Brexit. So far, they are doing politics the old way, badly, in a manner which makes Brexit more likely.

They can't even settle on a name, so now they add new names every day: Change UK, The Independent Group, the Tiggers, the Remain Alliance. Their logo reads 'Change UK The Independent Group', all in the same font, colour and size, so it looks like a Shift-F7 version of a political party.

Worst of all, their language is so safe and turgid and managerial. They learned nothing from the referendum. They have developed precisely no new techniques, no sense of immediacy, no moral imperative – none of the firm, fixed communication deployed so effectively by Leave in 2016. It's really unforgivable to see so few lessons comprehended in all this time. What on earth have they been doing?

From high to low, Brexit to Remain, Labour to Tory, it is a masterclass in inadequacy and irresponsibility. Welcome back. Hope you enjoyed the break.