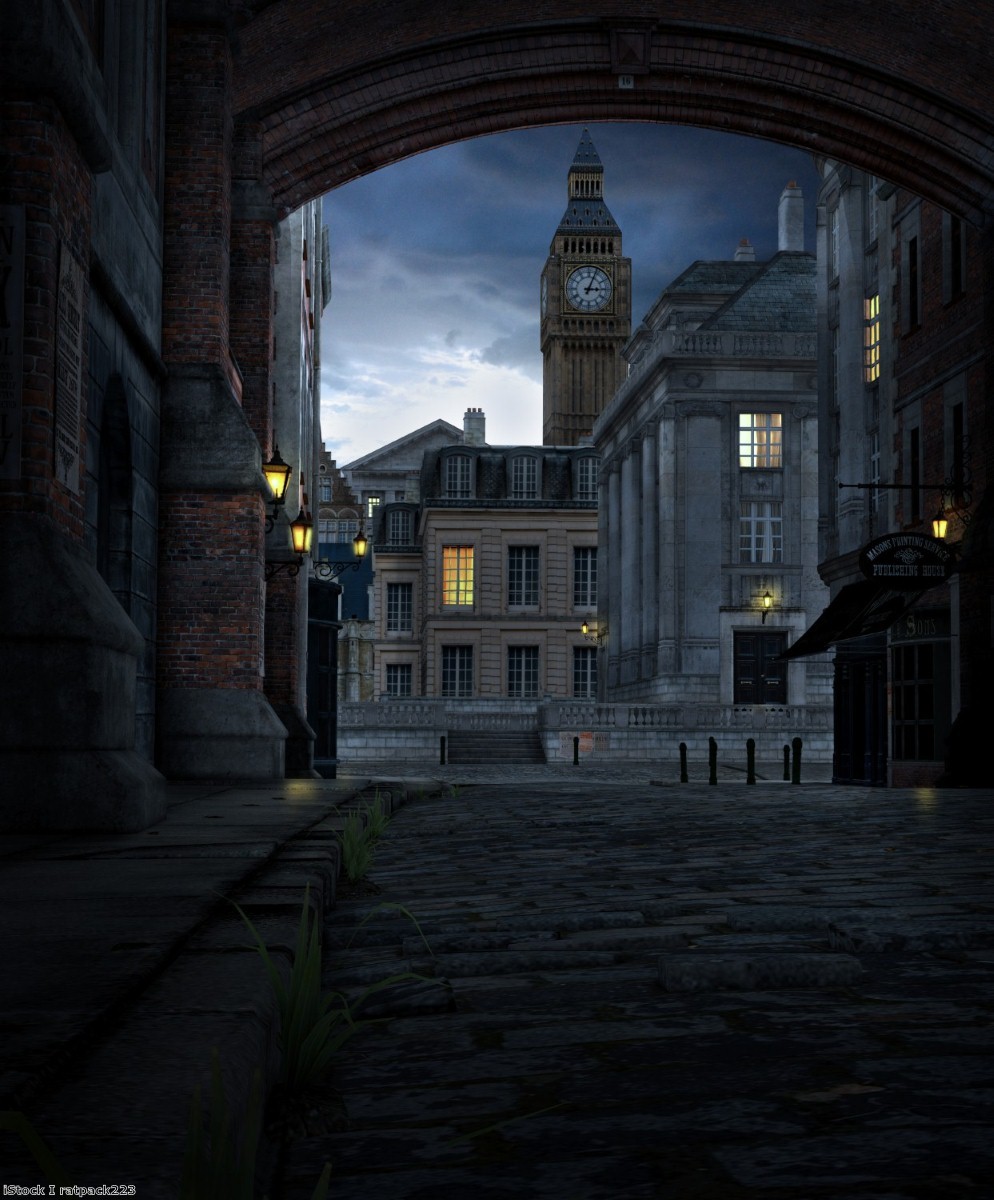 MPs take control of Brexit: What the hell happens now?

The moment we've talked about for months has happened. Last night, MPs' patience with the government finally snapped and they voted by 327 votes to 300 to pass a motion taking control of Brexit. So what does this mean, how will it work and is Theresa May's plan finally dead?

The motion passed basically sets aside one day – tomorrow – in which the government does not have control over what the Commons debates. During that time, MPs can put forward motions on potential ways forward on Brexit and vote on them. The options are likely to include things like Norway Plus (single market plus customs union), May's deal plus customs union, no-deal Brexit, and maybe a second referendum.

The vote is expected to be a failure. There is unlikely to be a majority for anything the first time around. If that happens, expect lots of instant commentary about how MPs are all a shambles and there'll never be support for any form of Brexit. But in truth, this has been factored in and is expected. It's a process, not an event.

Oliver Letwin, who tabled the amendment, told MPs yesterday that the first vote would simply "disclose where votes lie". He thought it was important for all the various options to be voted on at once, so that MPs could not game the system. Instead of filing through the lobbies as usual, they will probably vote on pink slips of paper. And they'll probably be able to select more than one option. It's exploratory, rather than definitive.

There would then probably need to be a second day of voting – maybe next Monday – for a run-off of options. So you'd get rid of anything which won little support and create a contest between the ideas that had a chance of passing. This will probably take the form of preferential voting, with MPs listing their preferred options in order rather than just selecting an ideal outcome. "I don't at all discount the possibility that at a later stage – and I'm sure there'll have to be a later stage – that we should resort to some other method [of voting system] to crystallise the majority," Letwin said yesterday.

This is all yet to be figured out. Letwin is in  charge of deciding how it will work. But his approach is not about securing an immediate winner. It is about creating a process where tolerable compromises can be found. He is trying to find a way of discouraging idealism and rewarding pragmatism, which, given where we are, seems a pretty sensible way to proceed. That spells bad news for the more radical propositions on both sides of the debate: no-deal, which is unlikely to get any significant support, and maybe also the People's Vote.

What happens with the People's Vote is a major issue and a vexed one. Many supporters of the plan don't really want a second referendum to be one of the options put forward by MPs this week. There is a strong intellectual argument for this. All the other options are about destinations. The People's Vote is about process. Their argument is that a confirmatory public vote should be held on whichever Brexit option is selected, because whatever it is, it'll be different to the Brexit sold to the public in the referendum.

This separation of outcome and process also encourages MPs to think of least-bad options as well as ideal ones. Putting People's Vote to one side means those who support it are forced to think about which Brexit they'd accept if they do not secure it. That will almost certainly be single market and customs union membership. So this argument usefully avoids the split between Norway Plus and People's Vote supporters, which has bedevilled the anti-Brexit movement for the last three years.

Labour's Keir Starmer seemed sympathetic to those arguments yesterday. "Some of these options are not like-for-like options," he told MPs. "It would be possible to say that, whatever deal there was at the end of that exercise, it ought to be subject to the lock or safeguard of some sort of confirmation vote."

However, quite apart from the intellectual arguments, we should be clear that this is also a self-interested assessment by the People's Vote campaign. They are concerned that if it is put to the vote alongside all the other options it will be knocked out fairly quickly, perhaps just after no-deal. That could cause lasting damage to the campaign, and kill off the momentum it has built up this week after the success of the online petition on revocation and the march in London.

But this strategic assessment has a flaw. The most likely way the People's Vote campaign will succeed is if it is seen as a way out of an impasse. If MPs find a form of Brexit with majority support, the incentive to hold another referendum is massively reduced. This is a potentially dangerous moment for the second referendum campaign. A lot will depend on what happens over the next few days. Both pathways – inclusion and exclusion – could be lethal. Or alternately, we could see it establish itself as a viable proposition, especially if Labour whips in favour of it.

The act of MPs taking control has plenty of potential unforeseen consequences like this. It could even prove an unexpected boost for the government. There are now very clear and visible signs for the Brexit hardliners in the ERG and DUP that their grand project is slipping away from them. The most likely avenue for a Commons majority is in a significant softening of Brexit. That could finally jolt them out of their ideological complacency and get them to support May's deal.

Yesterday, Jacob Rees-Mogg was saying that he would reverse-ferret and back the deal if the DUP did. For the time being that support is not forthcoming, but things could change. Support for May's deal could emerge very quickly. There are a lot of critics who are basing their decisions on each other rather than the deal itself, so if one or two leadership figures buckle – Dodds and Mogg, say – there would suddenly be a wave of capitulation towards the deal. May could then hold another meaningful vote, get it passed, and she'd have sidestepped the Letwin mechanism.

But it's unclear if even this shift in support would get her over the line. For a start, the ERG are now officially split, with some prepared to bend if the DUP back the deal and others really digging in. In a frankly deranged Newsnight interview last night, former ERG head Suella Braverman insisted she'd keep on voting against the deal no matter what happened. "The consequences that flow from that are out of my control," she said. Outside of an ERG meeting yesterday, one MP said there was "50-50" support for the prime minister's deal. Then another MP said: "I think it's more the other way, actually." They're all over the place.

There is probably a baseline of about ten ERG MPs who'll refuse to vote for May's deal no matter what happens. There are a similar number of moderate Tories on the other side of the party who won't vote for it either. So to get it passed, the prime minister will need to find a lot of Labour votes. At the moment, there is no sign she is succeeding in that. You can't rule anything out, but the deal still seems unlikely to break through.

May is still the prime minister though and she still runs the government. Yesterday she insisted she would treat the results of indicative votes as exactly that: indicative. She seemingly has no plans to enact what MPs vote for. This has led some commentators to shrug off the process as a meaningless distraction to pick a solution which isn't going to happen.

This is a simplistic assessment. The votes on Wednesday are the start of something, not the end of it. MPs now have proof of concept: they are prepared to remove government control over the timetable. First they will see if they can support a given option. Then, if they find they can, there is another option available to them. They can remove government control over the timetable again, but this time with the intention of passing legislation, rather than just holding votes. And this really would force the government to do what it was told.

This was the system Yvette Cooper first proposed when she tried to use an amendment to shake up the Commons rules in a bid to speed through her private members bill on preventing no-deal. All these options have the same tactic: ending government control of the timetable. What you do with the space created by that action is up to MPs. But they can use it for firm action forcing the government's hand, as well as experimental action exploring potential options.

Revolutions, maybe because of the name, always sound like they happen overnight. But in fact they are often incremental processes. Downing Street opposed yesterday's amendment precisely because of this risk: that once MPs got a taste for control they would keep pushing for more until eventually parliament was running the government. If it keeps resisting what parliament decides, that is exactly what is likely to occur.

The irony, of course, is that this is parliament finally showing that it is truly sovereign. The exact arguments that created the Brexit result might be the ones which finally provide a way of resolving it.