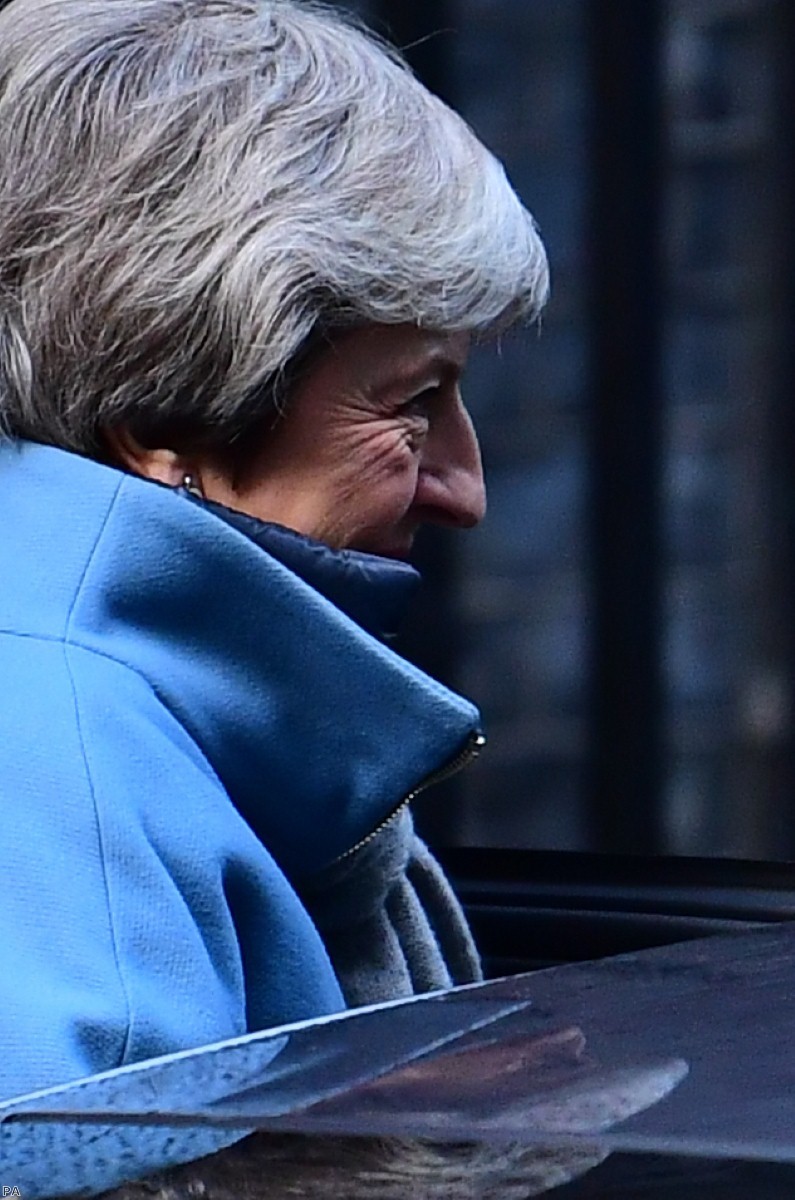 Article 50 bombshell: May’s cowardice is driving us over the cliff edge

There's only two things you can rely on with Theresa May: She lies and she buckles. If there were such a thing as 'Mayology, it would be a strategic approach which somehow aimed to mislead and capitulate until victory had been achieved. What a way to run a country, even at the best of times. And these are certainly not the best of times.

This morning, No.10 confirmed to journalists that it is only going to ask for a short extension to Article 50, probably with a request to extend to July 1st.

This means the prime minister has misled parliament, once again. Last week she put forward a motion saying the government would seek an extension of Article 50 and that two types were available. One, if her deal was passed by this week, was a short extension. The other, if it hadn't been, was a long extension.

The wording was sneaky. It stated "that the government will seek to agree with the EU an extension". But the description of the long extension was different to that of the short extension. If MPs agreed a deal, No.10 would "seek to agree" a short extension. But if they didn't, it merely noted that "it is highly likely that the European Council at its meeting the following day would require a clear purpose for any extension". You can see the wriggle room there quite clearly.

However, not all statements were so mercurial. The factual note accompanying the motion, issued for MPs by the Brexit department before parliament voted, stated plainly that the government "seeks parliament's approval to request an extension". It then said "there are two possible types". One was the short extension. The other was the long extension. Today, the government is claiming there are no two possible types – there is only one, the short extension. This is a fundamental change from what was described.

This is a “factual note setting out the parameters of extending Article 50” issued on Thursday by DExEU, before parliament voted. pic.twitter.com/XbQaUO9zoj

His speech gets more damning the more you read He went on:

"In the absence of a deal, seeking such a short and, critically, one-off extension would be downright reckless and completely at odds with the position that this House adopted only last night, making a no-deal scenario far more, rather than less, likely."

So by its own words, the government is now pursuing a course of action which it recognises goes against its statements to MPs and a vote of the House of Commons against no-deal.

You can, if you want, get your magnifying glass out, press your face up close and try to find the wriggle room there. But what a dismal way to spend a life, trying to find excuses for a deceptive government. The reality is this: No.10 misled the Commons. No reasonable person would ever believe that that motion, with that document and that ministerial statement, would translate into the extension request that the prime minister is telling journalists she'll make today.

Why is the government changing its tune? Because the Brexit hardliners are threatening revolt. And every time they threaten revolt, she buckles, no matter the consequences. No matter even if it sabotages her entire plan of action. No matter that it threatens the country with disaster. She is simply incapable of leadership.

Caving now effectively kills her own ability to pass her deal. Her whole plan, which showed flickers of success last week, was to get Brexiter Tories onside by comparing it with no-Brexit. But now she has capitulated completely. She is taking a long extension off the table.

The no-deal fanatics have March 29th in sight. They are close to the line. Even if there is a short extension, the legal structures are in their favour. Britain needs to take action by April 11th to participate in the European elections. If it does not, the deadline of the short extension become immoveable. May will fight participation with everything she can. Labour probably doesn't have the bravery to challenge her. And then we're set for no-deal.

The ERG can now smell it, their deranged nirvana of pain. They have lost any motivation to back her deal. Buckling to them now is like sacrificing a queen to save a pawn. She's given up her strategy to preserve a tactic.

She is the least-resistance prime minister. We got saddled with a leader who will always bend to what the most maniac voices in her party demand, just when the consequences of doing so are at their most dangerous.

It may very well be too late now, but the only way out is for MPs to take control. They failed to do this last week, by just two votes. This is the consequence. The promises the government makes are worthless. They disappear as soon as they are made. They cannot be trusted. Parliament must take over.

If MPs seize control of the timetable, and show a structure on holding indicative votes for a way forward, it might just be in time to convince the EU there is still a way out of this mess. If not, they are clearly close to triggering the no-deal arrangements, either this month or in the summer. We are staring no-deal in the face.