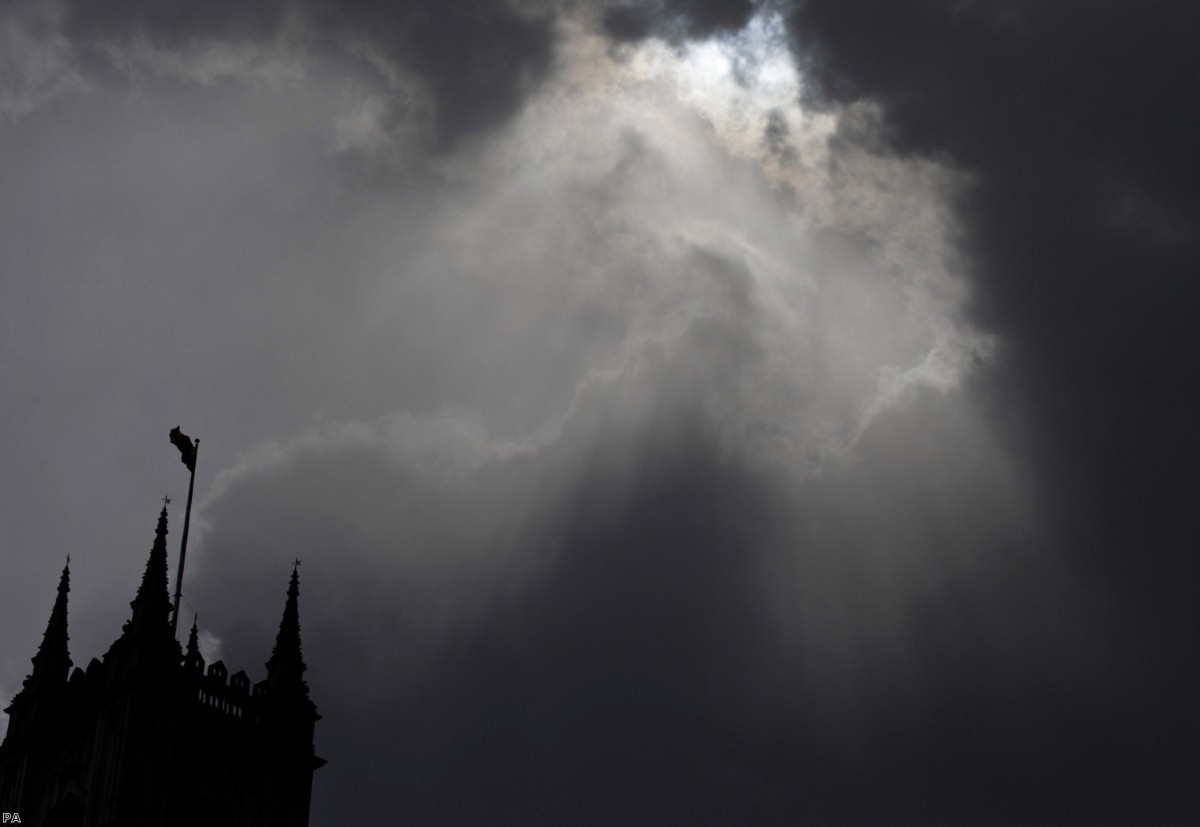 Britain pleads to extend Article 50: This is one of our darkest hours

The swirling hysteria of the Commons is quite distracting, but put it to one side. There is a stark reality to what happened today. Britain accepted, formally, that it could not leave the EU on March 29th. But making that decision does not secure it. We are no longer in control of our own destiny. Only the EU can decide whether to accept the request. We are now at the mercy of others. This is what Brexit has done to what was, just a few years ago, one of the most powerful countries in the world.

Anyone who understood Article 50 saw this coming years ago. They were not quiet about it. Countless experts, lawyers and commentators warned this would happen. No.10 was told, over and over again, not to trigger Article 50. It made no-deal the default and set a punishing two-year timetable on the exit mechanism. That put all the strength in the hands of the EU. But this was ignored. Britain held all the cards, we were told. No-deal would be fine. To claim otherwise was to undermine the country and the will of the people.

Theresa May announced when she would trigger Article 50 on TV, almost as an afterthought. She did it so she would have something to say at the 2016 Tory conference. And just like that, she gave away her one bit of negotiating leverage. She barely even seemed aware it was leverage.

Shortly after triggering Article 50, she called a snap general election. And then, with the snap of a finger, two months were lost campaigning. These are now exactly the same two months she is desperate to get back as a technical extension if she can somehow get her deal through.

For months afterwards, the British government still talked in terms of impossible negotiating objectives which paid no recognition to the trade offs you have to make in balancing regulatory control with frictionless trade arrangements. It wasn't until July 2018 – 16 months after triggering the 24-month Article 50 countdown – that May finally outlined her Chequers plan. It was the first time a glimmer of reality entered the debate. Instantly, the Brexit hardliners withdraw their support.

All of which brought us to today. May had nothing left. She tried to get her deal through twice. It was defeated twice. She attempted, in a spectacle of the most insane confusion, to whip MPs against a motion opposing no-deal yesterday, but lost that too. And now today she was finally forced to confront the inevitable. Brexit had to be delayed.

First she intends to try and get her deal through again next week, probably with some made-up play-dough nonsense about the Vienna convention to placate the lunatic wing of her party Even if she succeeds in this, which she's unlikely to, she'll need to extend Article 50, just in order to pass the legislation putting it on the statute book. In reality, Westminster watchers have known she would need to extend for months, but she only bothered to stop lying about it two weeks ago.

If she fails to get her deal through, it is likely the extension will need to be much longer. That means Britain would need to participate in the European elections and provide some sort of concrete plan to the Europeans about precisely what it intends to do with the time. Her motion basically laid out these two pathways alongside the need for an extension.

The debate in the Commons was typically contradictory, scheming and chaotic. Remainers collapsed into an internecine battle over when to table an amendment on a People's Vote. That was embarrassing and self-harming, with no-one coming out of it looking good. Hilary Benn and others tried to table an amendment wrestling back control of Brexit from the government, but it fell by just two votes. Chris Bryant toyed with an amendment blocking the prime minister from bringing her deal back, but didn't put it forward to a vote.

When all was said and done, it was a straight vote on the government's motion saying it would ask for an extension of Article 50. It passed easily, by 412 votes to 202.

Immediately afterwards, many commentators insisted that that was it: Britain was now officially not leaving the EU on March 29th. But they were wrong. They were living in another world, an old world in which Britain is still in control of its destiny. That world ended two years ago, when May triggered Article 50. From that day on, we were no longer in control.

"The treaties shall cease to apply to the state in question from the date of entry into force of the withdrawal agreement or, failing that, two years after the notification referred to in paragraph two, unless the European Council, in agreement with the member state concerned, unanimously decides to extend this period."

A leaving country has to ask for an extension and it is up to the EU whether to grant it. That decision is not made in the backrooms of Brussels, by solitary actors. It is made by discussion with the remaining 27 heads of state at the EU Council. The democracy Brexiters always insisted the EU did not possess is precisely the reason that our situation is now so fraught.

There is nothing to stop a member state vetoing this decision, even if the others all want to extend. Earlier this week, Nigel Farage was urging his far-right allies in Italy, Hungary and Poland to veto it. By doing so he was conspiring with foreign powers to undermine the stated will of a sovereign British parliament, but there is no point dwelling on that. If there was any trace of honour or consistency in him, this would be a counter argument to it. But there is not, so to even point it out is to give him too much credit.

Farage's gambit is unlikely to succeed. His fellow nativists are probably unwilling to lose political capital just to do him a favour. But they are volatile and unpredictable individuals. You can't rule it out.

Other voices in Europe are strongly opposed to an extension – some in all circumstances, others only in certain circumstances. With no deal in place, they might view an extension as an ability to allow Britain to prepare for the aftermath, which they feel they are better protected against. That would open up the possibility of further extensions and erode the EU's strength in talks.

There are even some figures in Europe, including in France, who quite welcome no-deal from a self-interested medium-term strategic perspective. Others are simply fed-up with Brexit and believe it's time to cut the UK off.

This is not the most likely outcome. Chances are, they'll offer a extension on the condition that it is quite long and contains a set idea of what will take place to change the situation. But let's be clear what this means. We are no longer the ones who decide what happens to our country.

In just over two weeks we face the most severe economic and political event of our post-war history. And our ability to prevent it is not up to us. It is up to foreign leaders, from other countries, with their own domestic agendas.

Not so long ago, we would have thought this was impossible. But after just three years of nationalist political leadership, that is the status of Great Britain. It is a stark moment of humiliation. There are many more to come, unless we pry the wheel from them.