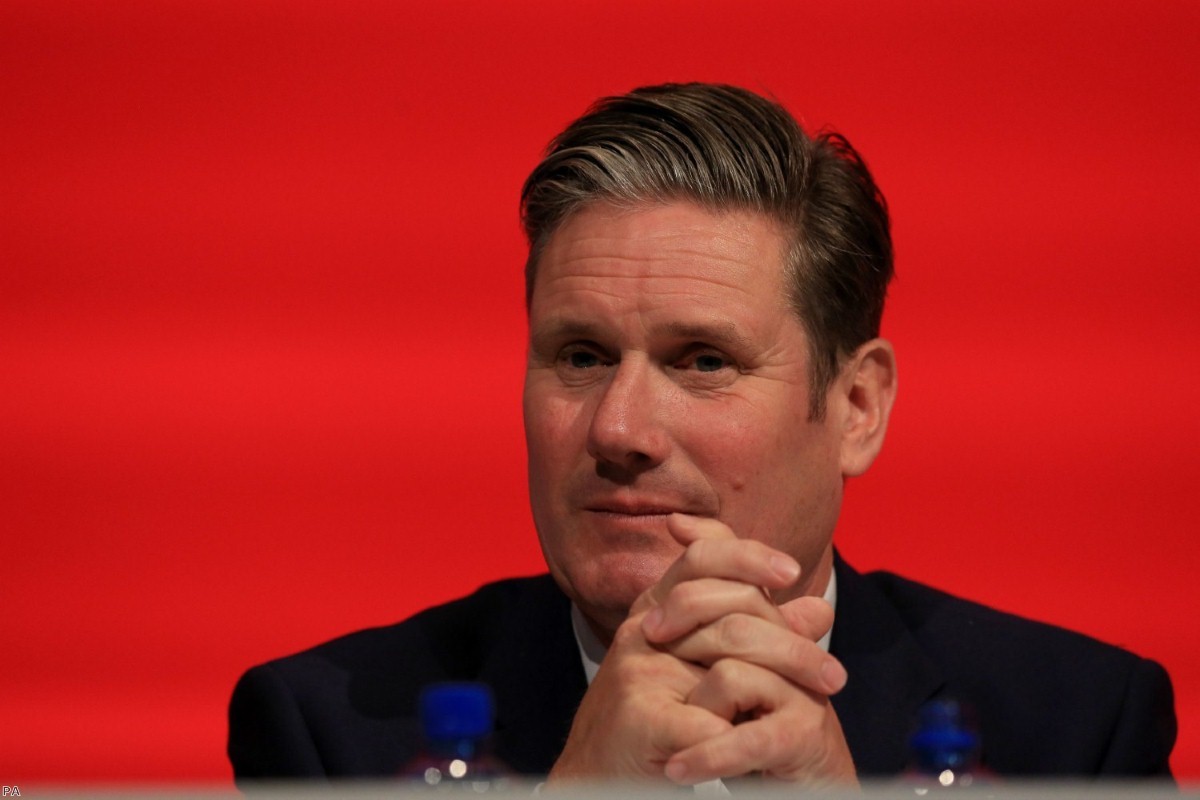 So that's it. After two years of threats and lobbying and love-bombing and social media anguish and conference motions and tortured media statements and Love-Corbyn-Hate-Brexit placards, campaigners seem to finally have what they want. A statement today confirmed the party was preparing to back a public vote.

Is this it? Is it really happening? Well, yes and no.

Let's be clear what this is and what it isn't. Firstly, Labour is not exactly coming out for a second referendum right now. This Wednesday, when there'll be series of votes on Brexit in the Commons, there'll be no Labour-led moves to push for a People's Vote. Instead, they will focus on two amendments. The first is on Yvette Cooper's attempt to extend Article 50. And the second is on Labour's alternate Brexit deal, which involves customs union membership and a closer relationship with the single market. Any amendments on a secnd referendum will come later, if at all.

The party is only going to back a second referendum, Jeremy Corbyn will tell Labour MPs this evening, "to prevent a damaging Tory Brexit". What does that mean? Well Brexit secretary Keir Starmer put out this tweet, which helps explain it.

This week Labour will put its alternative plan for a vote in the House of Commons.

If Parliament rejects our plan, then Labour will deliver on the promise we made at our annual conference and support a public vote. https://t.co/EjCifYCDJP

It suggests that Labour will put forward an amendment on its alternate plan this week. And only if it fails will it start pushing for a People's Vote. But this is more a question of timing than real-world strategy, because Labour's amendment will almost certainly fail.

Then the question becomes: What kind of public vote?

Well Corbyn said it would be "to prevent" a Tory Brexit. That formulation fits well with an amendment being put together by Labour MPs Peter Kyle and Phil Wilson, which would offer support to May's deal if it was backed by the public in a second vote. This seems pretty seductive. It fits the Labour narrative and comes from inside the party. We don't know yet that Labour would insist on Remain being on the ballot paper, but we must presume so, on the basis of logic, given the argument they are using, and statements from party figures. And a briefing put out to Labour MPs this evening did seem to confirm it.

This is in the PLP brief that has just gone out to all Labour MPs, makes it pretty clear that remain would be on the ballot for any second referendum pic.twitter.com/y8dj1h39nw

Advocates for a second referendum should not get over-excited just yet. There are still massive obstacles to securing it, let alone winning it. Labour support does not create a parliamentary majority. A chunk of Labour MPs – probably around 50 of them – would vote against any amendment on a People's Vote, regardless of whether the leadership backed it or not. This approach also involves backing for May's deal, albeit with a rather massive snarling caveat, which may make many opposition MPs queasy. That could worsen the numerical problem. And there are only about a dozen Tory MPs who are prepared to support such an idea right now. That means a lot of minds need changing to secure a Commons majority.

Unfortunately, there's not a lot of time to change them. May has now delayed putting her deal in front of the Commons until March 12th. The Kyle-Wilson amendment won't therefore be voted on until then. That leaves just over two weeks before the cliff edge. These are very tight margins. They are especially tight because a first vote is likely to fail. It's only later, as the options whittle down to nothing, that the referendum option has any chance of success.

However, with all those caveats, this is still a massive development. Labour support is a necessary but insufficient condition for a People's Vote. It now seems to be all-but secured.

Nor is the numerical issue insoluble. The Cooper amendment could well succeed in providing a mechanism to extend Article 50 this week. That should buy a little more breathing space. Many MPs, on all sides of the House, will be looking at the reality of the choices facing them over the next few weeks and may conclude that putting the government deal to a public vote is the least bad way to endure them.

Labour's movement on Brexit has been achingly slow. But the fear of further defections to follow the eight Independent Group members seems to have finally frightened it out of its complacency. It's not quite time to break out a full bottle of the bubbly, but you could certainly justify a glass or two.