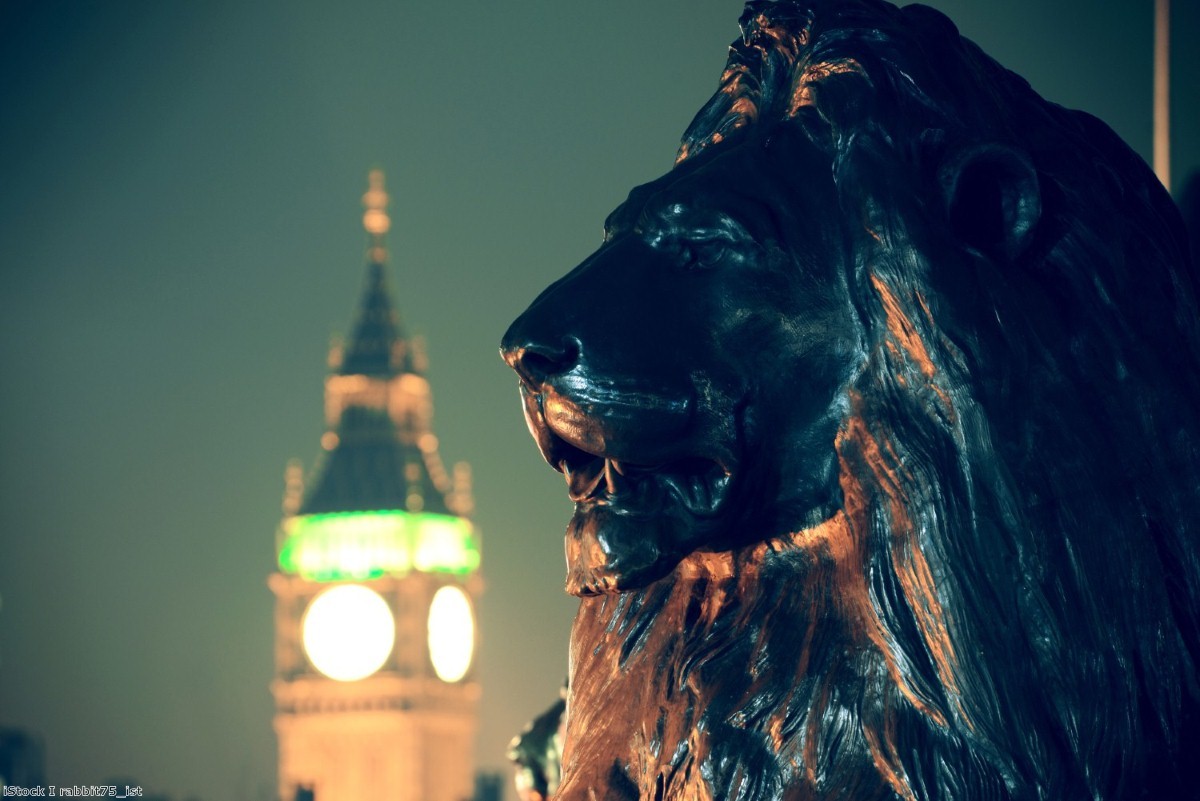 It was like the start of the Lion King. Late last night, just as the Brexit news settled for the evening, a new child was born. It would grow up to become a great king, to unite warring tribes. The music started, the sun began to rise, and it was lifted into the air to the sound of trumpets.

Somehow, previous opponents on the Tory benches had found a way to work together. Remain campaigner and soft Brexit advocate Nicky Morgan could accept it and so could Brexit jihadists like Steve Baker and Jacob Rees-Mogg. There had to be something to it. It even had a name: The Malthouse Compromise.

NEW: Here is the new Nicky Morgan plan endorsed by Jacob Rees-Mogg and Steve Baker as well as Tory Remainers including Stephen Hammond and Robert Buckland. New backstop plus extension of transition period, or a no-deal ‘triple safety net’ pic.twitter.com/JZygHpV5aM

But there is a problem with the compromise: it is a useless pile of ERG sex fantasies, dressed up in nonsense legalese to hide its blushes. It would not get the support of the EU, it cannot be done in time, it does not solve the problems it claims to, it contains no new ideas, it is legally and strategically unsound, grossly misleading and full of lies about WTO laws its authors have not fully understood.

The Malthouse Compromise has two parts. Part A proposes an alternative to the backstop. If that fails, Part B is activated, which seeks to alleviate no-deal.

The first thing Part A claims to do is extend the transition period from December 2020 to December 2021. And here, in the very first proposal, is the first lie.

The withdrawal agreement with the EU does, it's true, have a transition until December 2020. But it also has an extension which can go on until December 2022. We'll inevitably trigger that. So this proposal is in fact a one year reduction in the transition. And that little lie sets the tone for what's the come.

After that, it proposes a new backstop, built on a plan devised by Shanker Singham, from the right wing Institute of Economic Affairs think tank.

This is the second step in the plan. And it is where we find the second lie. Because this is not a backstop at all. It is just the standard tech solution head-in-the-sand guff of the hard Brexiters, dressed up in a bunch of purposefully incomprehensible legalese.

'A Better Deal' is basically just withdrawal agreement fanfiction. It is written, hilariously enough, like an actual deal. It has Articles and Annexes. Several passages of it are copied and pasted directly from the document agreed with the EU.

The idea behind this approach is two-fold. Firstly, it allows Singham to pretend that May would just take this and plop it on Michel Barnier's desk, at which point he'd read it like Marcellus Wallace opening that suitcase in Pulp Fiction, realise its startling beauty, and instantly sign-off on it in a moment of quasi-orgasmic intellectual rapture. Secondly, it is designed to look legal, complex and long. This is so journalists will assume it is all very serious but not actually read it. On the first, it has no chance. On the second, it is probably very effective.

But if you do read it, it quickly becomes clear: This is the same old hardline Brexiter nonsense. The same proposals they have put out there countless times, reheated, mixed into a new design, and presented once more. It's like ordering food in a restaurant and having the waiter throw up in his hands and offer it to you.

On customs, it relies on high tech solutions to solve the border problem. On good regulations, it imagines a massive wave of mutual recognition of conformity assessments to be done in warehouses. On agricultural goods, it wants checks done away from the border. The same old tedious cakeism: All the control and all the trade. It's like we're still in 2016.

Honestly, the UK and EU may well do many of these things in future. But what they are describing is an advanced future trade agreement, along the Canada model. It is not an insurance policy. You cannot have an insurance policy based on technology which does not yet exist. You can't base it on a conformity regime you have not yet negotiated.

Even if the plan were an unparalleled work of genius, the EU has been very clear it is not going back into negotiations on this part of the deal. "We are not going to reopen the withdrawal agreement," deputy negotiator Sabine Weyand said yesterday. "That has been said time and again by leaders. I'm not giving you any news here."

The EU’s Deputy Chief Negotiator for Brexit Sabine Weyand says that the controversial 'backstop' was heavily shaped by British negotiators and that it will not be amended. pic.twitter.com/c5LRGJfmlY

Then the unholy Morgan-Baker alliance lays out Plan B. This is what happens if there is no-deal. There are three tactics here. The first, dispiritingly, is to press on and demand the EU accept Plan A again.

The second is to try and anyway secure transition to December 2021 to prepare for WTO terms. The leverage we would apparently use to secure this transition-to-oblivion is the divorce payment.

They have still not understood that this is a legal obligation on money we already committed to during the last spending period talks in 2013. It is not a payment to secure future terms. If the UK refuses to make the payment, we'll be found to have gone against our legal obligations, just before we go round the world trying to secure trade deals. It's not a good look.

And then comes tactic three, the new ERG hit single: Article 24 of the General Agreement on Tariffs and Trade. A "GATT 24 WTO-compliant standstill", in Morgan's embarrassing briefing notes.

We first debunked this nonsense last spring, but hard Brexit lies are like Hydra: you cut off one head, two more take its place. The WTO law they're talking about requires both parties to consent. It is therefore entirely unsuitable for no-deal prep, because it relies on the cooperation of your negotiating partner. It also needs a clearly expressed goal of what trade situation you are trying to achieve, which we do not possess and would not have agreed. And even if neither of those things were true, it's WTO law – it's soft. If someone breaks it, it takes years for you to get them into any kind of disciplinary mechanism.

And that's it. That's the plan. Lying about transition, before changing a withdrawal agreement your partner refuses to reopen, in order to solve the backstop problem with something which is not a backstop, and then threatening to renege on your legal commitments and defending yourself with a mythical interpretation of international law. That's their compromise agreement.

It is pitiful. Behind all the guff, all the silly names and embarrassing dress-up treaty legalese, that's all they have. The fact they got some otherwise fairly sensible people to support and promote it shows how pitiful the standards are in parliament.