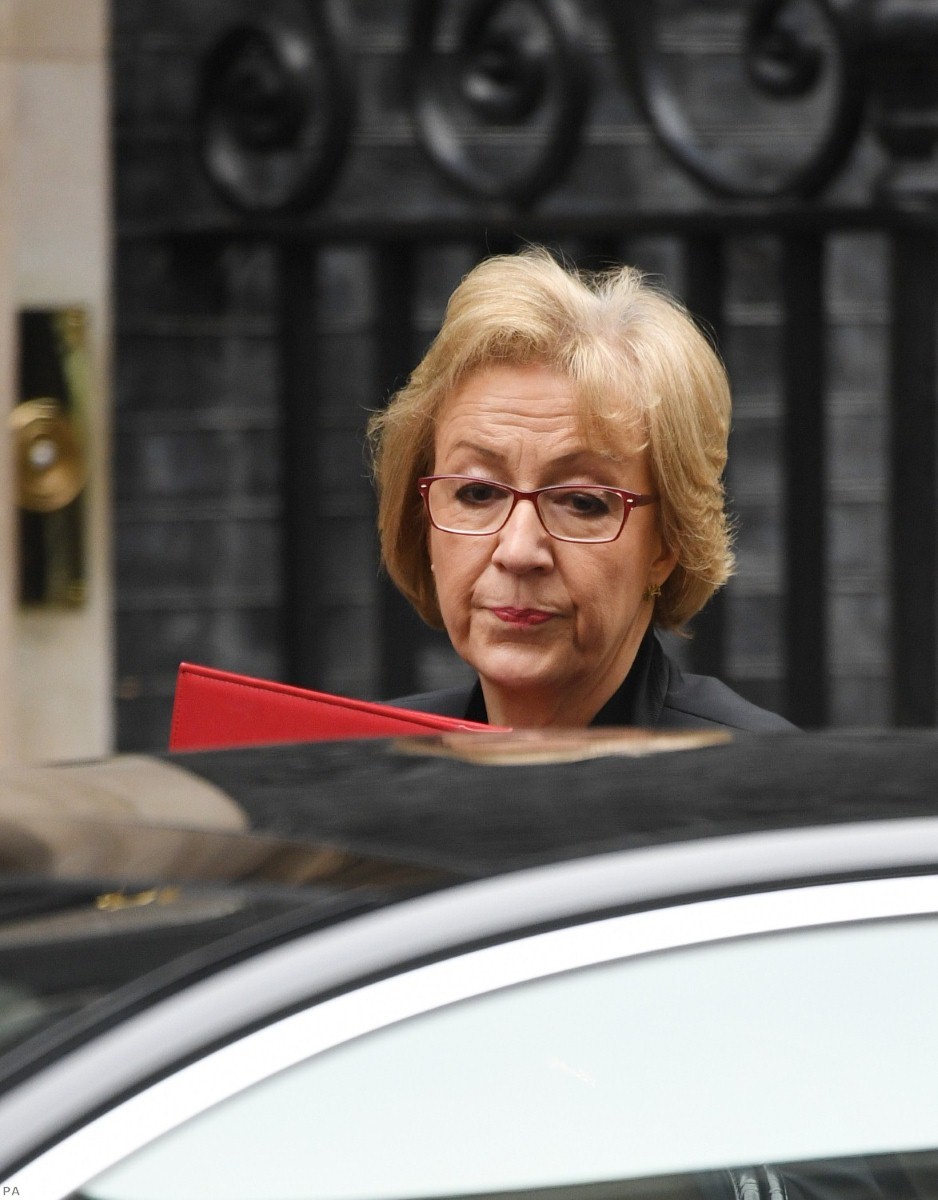 New Brexit low as Leadsom attacks integrity of the Speaker

Conspiracy theories are all the rage now. It is unfashionable to question someone's views – the new method is to question their motives.

Remainers have gotten used to this after two and a half years. They've been branded traitors, fifth columnists and enemies of the people. But this morning something more disturbing happened. The leader of the House started using it against the Speaker. This injects the fevered mania of culture war conspiracy theory right into the heart of the Britain's constitutional arrangements.

Yesterday the Speaker tried to give the House of Commons a say on the government's decision to remove the Brexit vote at the last minute. The government's decision was, of course, a mockery of parliament. It had spent weeks telling every member of the public, every MP and every European official that they were holding the vote today. And then, when it seemed they might lose, they pulled it.

It's the Speaker's job to represent MPs, but his hands were tied. By delaying the business motion, instead of getting rid of it, the government could simply get the chief whip to tell the Speaker it was deferred. They didn't need to hold a vote on the delay. Even scrutiny of the failure of scrutiny was side-stepped.

Bercow did what he could. He tried to pressure the government into holding one, by telling them it was "deeply discourteous" and that allowing the House a vote would be the "right and obvious course to take".

This is important now and in the future. There'll be more of this to come as things become ever-more intense in the run up to March. So this morning, the government hit back. Speaking on the Today programme, leader of the House Andrea Leadsom said: "He's made his views on Brexit on the record and the problem with that of course is the Chair's impartiality is absolutely essential."

This was an astonishing accusation to make. There are of course plenty of Tory whispers about Bercow. They despise him and have tried to unseat him before, albeit unsuccessfully (reminder: this was his perfect moment of emotional but fully-savoured victory the last time he fought them off). But this was different. It was not in the usual mould. It was Brexit-focused and it came from the leader of the House. It was their shot across the bows for what's to come.

When interviewer John Humphrys asked Leadsom if Bercow was "tainted", she did not deny or even try to distance herself from it. It was a fascinating moment. He'd used a purposefully evocative and extreme word to see what the reaction was and she did not object to it in the slightest. She simply tried to trash the Speaker's reputation and his image of impartiality.

"He made his views clear on Brexit," she continued. "It's a matter for him. But it's a challenge. And all colleagues need to form their own views on that."

This government is trashing our constitutional arrangements on a daily basis now. It is an act of outright vandalism. They refuse to vote in opposition day motions because they fear they will lose. When instructed to do something by the House of Commons, such as release the attorney general's legal advice, they do not comply. They have found themselves formally in contempt of parliament. They've stuffed Brexit legislation with statutory instruments giving them the power to side-step parliament. They fight at every opportunity – be it votes on Article 50 at the start of this process or on no-deal at the end – to deprive parliament of a voice. When amendments are passed demanding MPs are given a say on Brexit, ministers suggest the government can ignore them too. And now they won't even let MPs vote on the Brexit deal. Or vote on whether they can vote on it.

So now, to make sure that they can continue to behave in this way, they are spreading conspiracy theories about the people tasked with upholding the parliamentary system. They want to challenge the integrity of the one man whose job it is to protect the interests of MPs.

The claim Bercow is some secret Remainers saboteur is laughable in its dimwittedness and failure of memory. In 2013, he allowed an unprecedented extra amendment on the Queen's Speech. This caused a government outcry. But that move was not done for Remainers. It was done to help Brexiters. The amendment was on the lack of a bill to hold a referendum on Britain's membership of the EU.

Back then, no-one said that Bercow was a secret eurosceptic saboteur for having made that decision. It was recognised that he wanted to give the House a vote on matters which were important to it. But those were more innocent days. Now there is no response to any political action which does not aim for motive rather than reasoning, for conspiracy rather than ideas. The truth is he an obstacle to the government doing what it likes, so his reputation has to be besmirched.

Leadsom's attack is reminiscent of Senator Joseph McCarthy in the final days, as the paranoia passed and people saw the lies, but he still had nothing to offer except the same old smears, the same old convoluted stories about Communist party membership, the same deadened tactic, to be used over and over again, regardless of its efficacy.

And that's all they have now, even as they labour with no Plan A and no Plan B, the entirety of two years' work in the mud, with no confidence and no backing: the attack on integrity. The smear.

It's what they do to Mark Carney at the Bank of England, for daring to engage in economic reality. It's what they do to any body – be it a charity, a think tank or a government department – which hasn't drunk the Kool Aid. And now the leader of the House is doing it to the Speaker. Every day brings a new low. And that is today's.