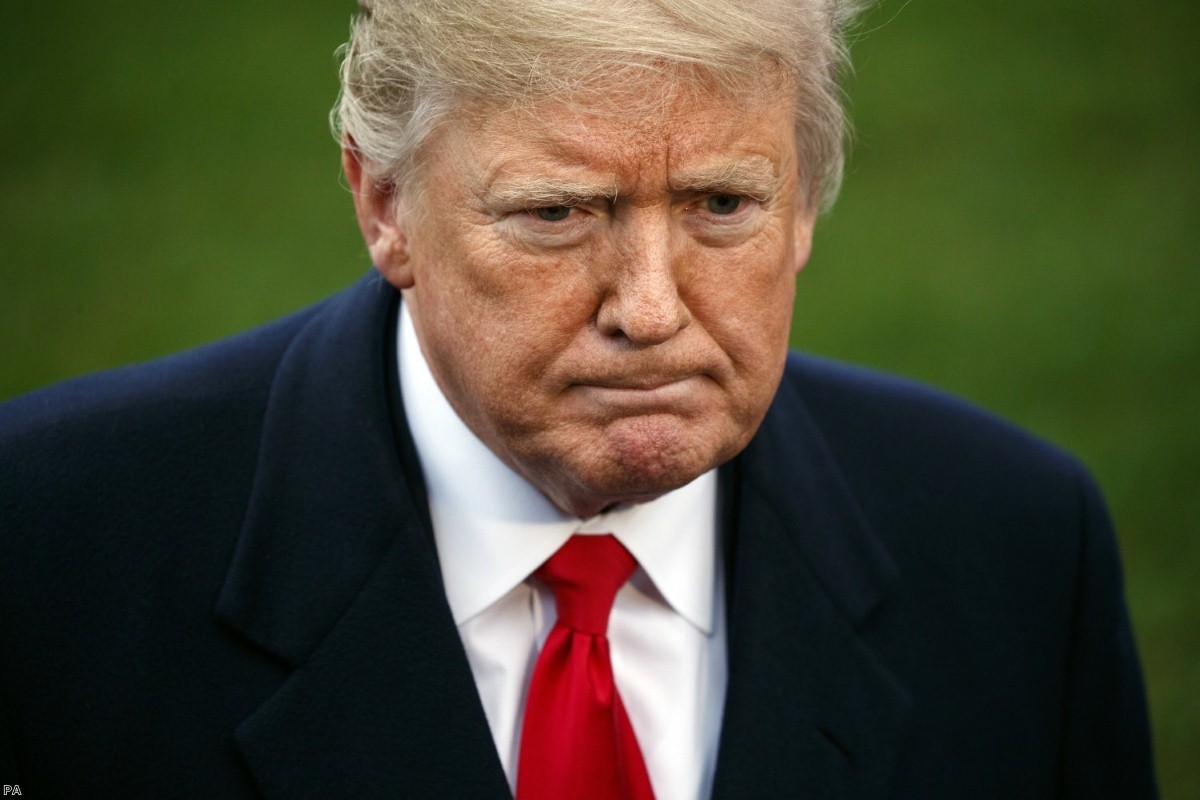 For once Trump is right: There’ll be no UK-US trade deal

Like a stopped clock, President Trump has said something true. "I think we have to take a look at, seriously, whether or not the UK is allowed to trade," he told reporters outside the White House about the Brexit deal. "Because, you know, right now, if you look at the deal, they may not be able to trade with us."

It's all very awkward for Theresa May. To many of her backbenchers, the idea of a US-UK trade deal was like some kind of ancient stone in an Indiana Jones movie. It would provide the moment of climactic glory in which we had escaped the dangers and won the prize. We'd have attained the happy-ever-after: trading with people who don't speak funny or eat smelly food.

That dream is now crumbling to dust. Trump is right. His commentary is so damaging precisely because it is true.

If it's the backstop, which it probably will be, there'll be no trade deals. Technically, we can do a deal on services and not goods, but no country is going to bargain with us on those terms. Britain will only ever be able to get meaningful trade deals by securing penetration of its financial services in exchange for opening itself up to the other country's goods. Without that leverage, we've little to offer, apart from services liberalisation, which we've already done, and increasing visas, which we don't want to.

What if we avoid the backstop? After all, a No.10 spokesperson insisted today that a trade deal would be possible once we'd secured our long term future relationship. "The political declaration we have agreed with the EU is very clear," they said. "We will have an independent trade policy so that the UK can sign trade deals with countries around the world – including with the US."

Note the use of the phrase 'very clear', which is Downing Street code for a lie. The reason they can get away with this tosh is because the future relationship document is post-truth. It lays out two distinct future possibilities covering the full range of options, from regulatory alignment to the Brexiters' high-tech border solutions, then throws up its hands and says: there are a "spectrum of outcomes".

The reference to high tech solutions is a sop to the Brexiters on the government benches, inserted in to the text to help May sell the deal. But don't let that fool you. They do not exist. You can use technology to ease friction on customs borders, but not to eradicate it, and even that would cost billions and take years to install – going far over the 2022 deadline set in the withdrawal agreement.

That is why Trump is right and we're not going to do a trade deal with the US. Britain will be technically independent to sign trade deals but functionally unable to negotiate them. May's best chance of getting one with Trump is to smuggle herself into the one he might end up negotiating with Brussels. That would nicely summarise the pitiful idiocy of what we're doing.

Just enough room for a final punch line: It doesn't make any difference anyway. As Whitehall's own Brexit impact assessment showed, a trade deal with the US would only be worth 0.2% of GDP. This is all a waste of time.