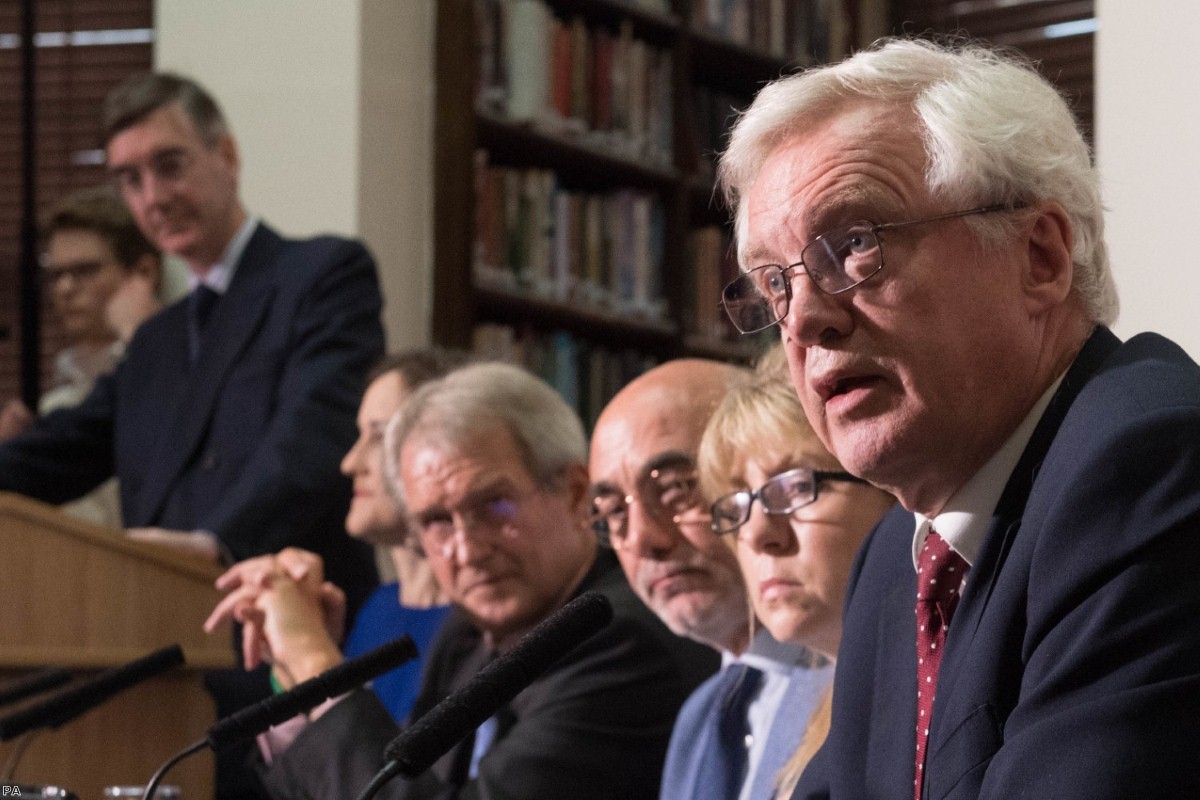 Even after a week as dramatic and eventful as this one, David Davis' interview on the Today programme took some beating. His position, with just over four months left until the no-deal cliff edge, was for the prime minister to return to Brussels, renegotiate the entirety of the withdrawal agreement and then – for fun – also sort out a future trade deal.

This is, of course, impossible. The existing withdrawal agreement took a year and a half to negotiate. Davis should know, because he was the person doing it. A bare-bones trade deal takes about five years, after which you would need to implement and ratify it. One which abided by promises to Northern Ireland, even if his imaginary technological solutions existed, would take much longer. As would one which satisfied his original promise – now long forgotten – of maintaining the exact same benefits as our current relationship.

His proposal that we do all this in four months is barely worth scoffing at. "The thing to remember," he said pathetically, "is all EU negotiations go to the last minute."

He refused to accept that the talks had been finalised. "One of the problems of this negotiation from the beginning, " he said, "is that we have been too willing to accept what the EU signals." He was asked if that included himself, given he was in charge for most of it. "No," came the reply. Of course not. That would involve him taking some responsibility. He is at once part of a project and yet distinct from it. He is behind everything that goes right and untouched by that which goes wrong.

Instead, he blamed the EU. They had "spun this out to use time against us". It was pitiful. This from the man who demanded we trigger Article 50 without a plan, and then helped run an unnecessary general election after the clock started ticking, and then barely bothered to attend negotiations, preferring to go for dinners with supportive editors back in London.

The shameless rewriting of history continues across the Brexit ranks. Nick Timothy, whose lazily scribbled-down red lines on Brexit helped land us in this mess, is now stabbing his former boss in the back.

"It is a capitulation not only to Brussels, but to the fears of the British negotiators themselves, who have shown by their actions that they never believed Brexit can be a success," he wrote in the Telegraph this morning.

Not a hint of contrition. Not even the tiniest admission that his own actions contributed to the situation that the country now finds itself in, that he demanded actions he did not fully understand and whose implications he would not have to face, that he alienated Britain's European partners with nativist rhetoric before entering into a negotiating mechanism which gave them an overwhelming advantage, that he is in no small part responsible for the current Commons stalemate because of the cack-handed election strategy he authored.

The failure of Brexit to find any viability whatsoever is also ignored by Jacob Rees-Mogg, whose response to a moment of political crisis is to try and unseat the prime minister. In a situation defined by the ticking clock, his solution is to waste more time.

And then what? What exactly do they plan to do after that? Davis does not seem to support unseating May, so his response is for her to go back and do a decade's work in four months, while magically solving the Irish border issue in a way he has never bothered to specify. Mogg's plan is to unseat May, bring in a 'true' Brexiter replacement, whose faith will accomplish what she could not, and then presumably do the same.

Or perhaps it is simply to negotiate an arrangement providing a modicum of basic continuity, for instance on aviation, and then fall out without a deal. They do not care how much damage this would do to the country, how many people would lose their jobs and livelihoods, how many would go without medicine. It's immaterial. Davis today called it the "second best option".

No-deal is just another lie on a tower of them. It is one more brick of mangled nonsense to add to a city of myths, an endless territory where no reality can ever penetrate. Time does not exist and neither do laws or negotiating partners or trade-offs. And on the rare occasions that these things do intrude, it can all be blamed on Remainers, or Brussels, or the cowardice of those who never believed strongly enough.

But instead, for reasons which are impossible to understand, they are never allowed to fail. When they mismanage politics, they get a job in journalism. When they fail at that, they're offered something else. It is easy for them to demand extreme economic positions, because they never face the reality of what they entail.