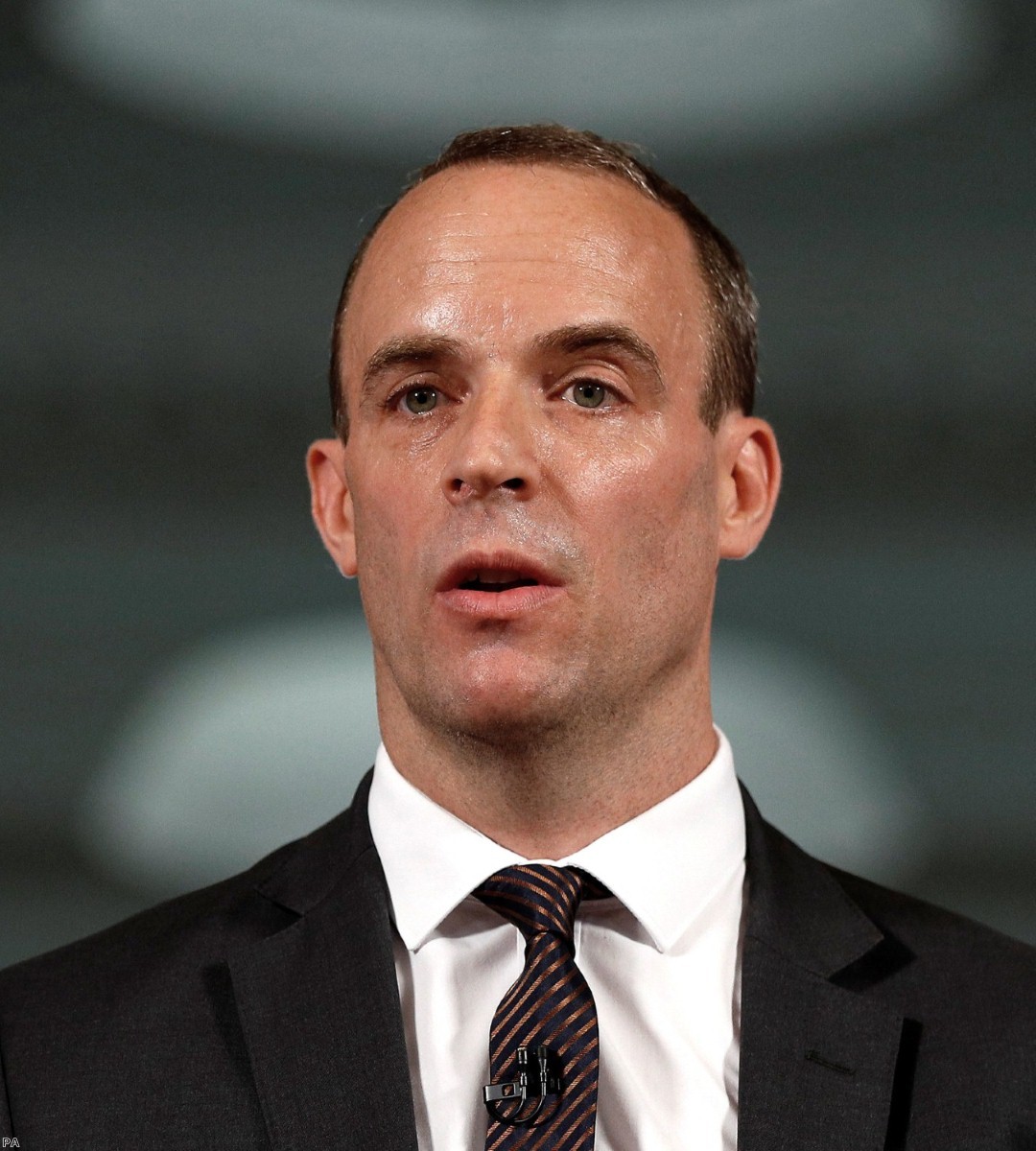 Backstop breakdown is a product of the oldest Brexit lie

There are a lot of moral lessons to take from the last couple of years of British politics. Don't blame immigrants for stuff that's nothing to do with them. Don't dismantle all of your trading and diplomatic relations for reasons you cannot explain. Don't give prominence or adulation to blathering egotists whose only interest is their own career advancement.

But even beyond these instructions, there is one lesson above all that we should cling to. If any good comes out of this process – and honestly right now it's hard to imagine that it will – it is that a future political leader might recognise this lesson and internalise it at a formative point in their development. If we can't do things right, we can at least do them wrong enough to inspire the young against us.

The lesson is that you should address lies early on, or they will suffocate you. It's a good lesson for work, relationships and politics.

The big, biblical, ancestor lie, right at the start of all this, was that politics does not involve trade-offs. It's cakeism: you can have your cake and eat it. It was the mass infantilisation of British political debate.

The child of that lie was that you could have current levels and mechanisms of trade while taking back complete sovereignty over your laws. This was false, because frictionless trade involves giving up some degree of control of regulations and tariffs, but it was said repeatedly anyway.

The grandchild was that Britain could have a Canada-style trade deal with the EU and still maintain frictionless trade on the Irish border.

The first lie bred the second, which bred the third, and from that a brood of incredibly boring lies emerged. High-tech solutions. Great sweeping drones in the sky scanning customs barcodes. Time-limited backstops. It says something depressing about us as a country that we have made our national lies so boring. If we were going to embrace myth-making we could have at least made up something about turning burps into gold or being able to ride a rainbow highway to Australia.

Theresa May never addressed the first lie. She allowed it to grow and then to reproduce. And now its little lie offspring are causing havoc in the final stages of the Brexit talks.

Leavers' claims that they could solve the Irish border issue with high-tech solutions or an 'ambitious' trade deal were addressed in the joint report with the EU last December. The manner in which they were addressed was the now-infamous backstop.

It was the legal equivalent of parents trying to placate a tyrannical toddler. It said that – OK, fine – you can try your tech solutions. And then, if that doesn't work, you can try an ambitious free trade deal. But if by any chance that fails too, the backstop will apply.

There was then a monstrous panic attack when people realised what this entailed, which was a trading border down the Irish Sea. It was a telling moment, because it answered the vexing question of whether Tory Brexiters were idiots or liars.

If they were idiots, they would have accepted the backstop. After all, it only applied if all the solutions they'd spent the previous year defending did not work. If they were really confident about them, they'd have signed up that very day. But they didn't. They condemned it. Because they were not idiots. They were liars.

May came out with her Chequers plan, which was a marginally more sophisticated kind of lie. It claimed that you could have a customs 'partnership' – where we'd check all items arriving in the continent, track them, and work out the differential tariff payments later – and sign up to the single market only in goods.

Neither proposition was possible, but they were less impossible than the ones which came before. That's the kind of insane sentence you have to write nowadays. It was like the difference between Johnny English and James Bond. The latter is more sophisticated and serious-minded than the former, but it is still fiction.

The EU knew it was a fiction, but it allowed the process to be pushed forward a little bit on the basis that it got us closer towards something resembling truth. After all, if the backstop is in place, the promise to Ireland and Northern Ireland has been maintained. The rest of it can be chiselled into something credible during transition.

The trouble was time. May had to bridge the gap between the absurdly short transition period, of just 18 months, and whenever the future trading relationship would start, probably in about ten years. And that meant the backstop was still needed, to cover the gap.

The time debate was lost in madness. But there was another way to maybe fix it, which was to insert the whole of the UK into the backstop. This meant that even if time ran out, the UK would stay in the customs union. Reports suggest that Downing Street accomplished this goal last week, in a major European step-down.

There are problems with this. Firstly, there would still be regulatory checks, particularly on agricultural products, unless the UK was also in the single market for goods. This part is not being mentioned much at the moment, but it is pivotal.

Secondly, taken on its own, it allows the UK the chance to stay in the customs union without signing up to the rules, because it would have been negotiated as part of the divorce arrangements and not the future relationship.

This could be solved by inserting legal bridges between the two documents, so that the withdrawal treaty locked the UK into a broad outline of a the future relationship, including, but not limited to, customs union and single market for goods membership. But at that point, it would become intolerable to the Tory Brexiters, because this keeps the UK in the EU's orbit forever. Every time Brexit makes contact with the reality, it triggers the same domestic response.

So here we are again, right at the end of the abattoir conveyor belt, facing the same lie as at the start: that you can have a Canada-style free trade deal and no checks on the Irish border. The unchallenged lies at the start of this process are precisely the ones that now make a deal so hard to secure.

If May had had the spine to deal with these lies early on, we wouldn't be in this position. But she didn't. She encouraged them. And now she must find a way of melding fiction and reality together, which is not an easy task.

Don't let lies grow. Deal with them early on. If there's any lesson in all this, it's that.