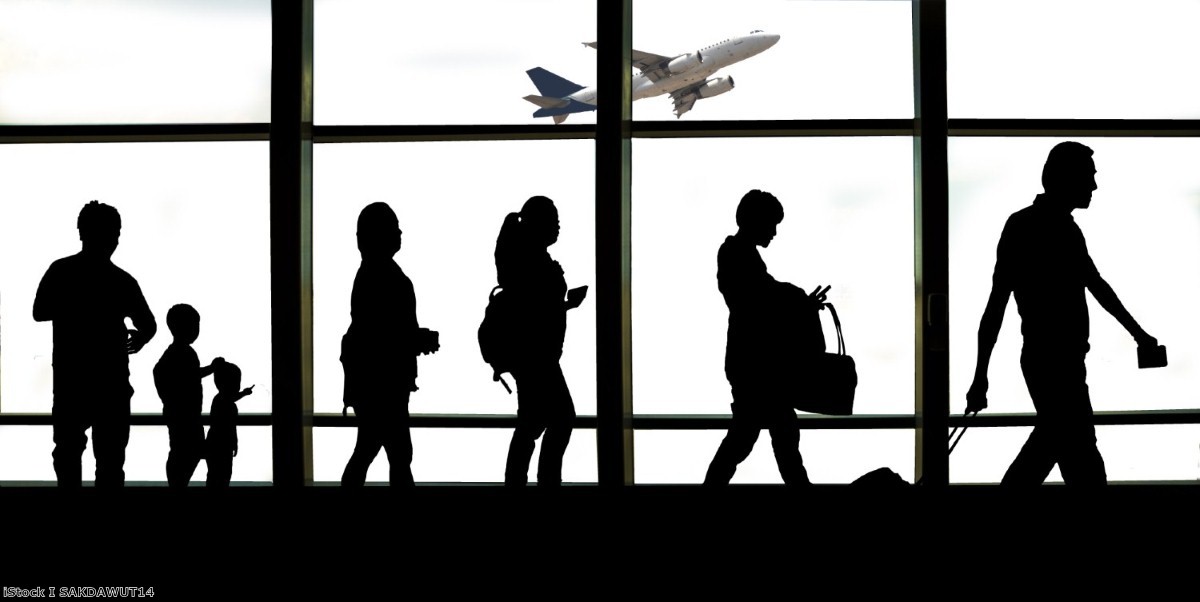 There's been a little-noticed move by the government on the post-Brexit EU migrant system, which suggests – contain your surprise – that its promises aren't worth the paper they're written on.

For months now, ministers have been insisting that there'd only be four criteria for securing settled status as an EU migrant after Britain left the EU: Being who you claim to be, being an EU citizen, being resident in the UK and not being guilty of a serious criminal offence. The system would be simple and easy-to-navigate. The Home Office was looking to pass people, not least because the online application process would probably collapse if there were too many rejections.

"We will check that the applicant is not a serious or persistent criminal and does not pose a security threat… but we are not concerned with minor offences, and these provisions will not affect the overwhelming majority of EU citizens and their family members," Theresa May said.

Similar assurances were given by immigration minister Caroline Nokes and her predecessor Brandon Lewis, who told a Lords select committee:

"The only circumstances in which I can foresee someone not being granted settled status is either if the criminal records check clearly shows that they are a criminal, or if someone claims to be an EU citizen in the UK but is not, which would be a fraudulent application."

But now, very quietly, the Home Office have started changing their tune. Section EU15 of Appendix EU of the immigration rules (look under the section 'Suitability' in this link) has been changed to include a new category for denying someone settled status, as spotted by the eagle-eyed experts at the Joint Council for the Welfare of Immigrants, who are now taking legal action in response.

The change is a subtle but important one. Settled status can now be denied to anyone who is currently facing deportation for not exercising their EEA treaty rights.

EEA treaty rights basically state that once you've been in another country in Europe for three months you need to be either working, studying or self-sufficient, so you're not a drain on public funds.

The government doesn't actively police this at all. But it does use it as a broad catch-all net to get rid of people it doesn't like. The Operation Nexus initiative by the Home Office and the police often uses treaty rights to target undesirables it can't find any other way to deport.

Sometimes it's beggars. Sometimes it's petty criminals who haven't committed a serious enough crime to warrant removal from the country. Sometimes it's victims of sex trafficking, who are often rough sleeping, without support and unable to go home, where the whole horrific cycle will begin again.

There are very few people who are deported according to this system. Hardly any EU citizens trying to get settled status are likely to be affected by this change in the rules. But then that's not the intention. The Home Office uses treaty rights not as a formal mechanism, but a legal discrimination provision. It affects so many people that it allows them to pick and choose who they target.

They could target the housewife of a rich banker with no comprehensive health insurance. But of course they do not. They target the homeless, the destitute and the desperate.

Even though very few people are likely to be affected by this, it is important in two respects.

Our letter has arrived at @10DowningStreet to be hand delivered by @NicolasHatton founder of @The3Million and Jane Golding Chair of @BritishInEurope.
We're one united family together for one cause. Guarantee #citizensrights for #the5million in case of a no-deal #Brexit. pic.twitter.com/YE23g9HslC

That promise has now been broken and it was done in a sneaky, underhand way. We don't know which other promises could follow, particularly in the case of no-deal.

Second, it raises questions about the treatment of vulnerable European immigrants, the ones who don't have smartphones and social media accounts.

We know that most people will be fine. They'll go on the app, secure their status and then forget about it. Years will pass. The final deadline, sometime after 2020 will come and go. The media attention will fade.

And then there will be problem cases. Illiterate or under-educated workers, in remote locations, who don't watch the news or read the paper. The homeless, or those with mental health problems. They'll have been within their rights to get settled status, but failed to keep to the timeframe. What happens then?

The Home Office could be active about trying to make sure they sign up within the time-window and be understanding to those who do not. Or they could be sneaky and draconian about it. The change in the rules gives us a pretty good indication of which way they'll go.

"EU citizens play an important and positive role in our economy and society and we want them to stay.

The provisions of the EU Settlement Scheme, published in June 2018, allow for the refusal of a person subject to an existing removal decision for non-exercise or misuse of free movement rights.

This is not a new element of the scheme. It reflects the scope of the draft Withdrawal Agreement, under which free movement rules will continue to operate in the UK under the EEA Regulations to the end of the planned implementation period on 31 December 2020."