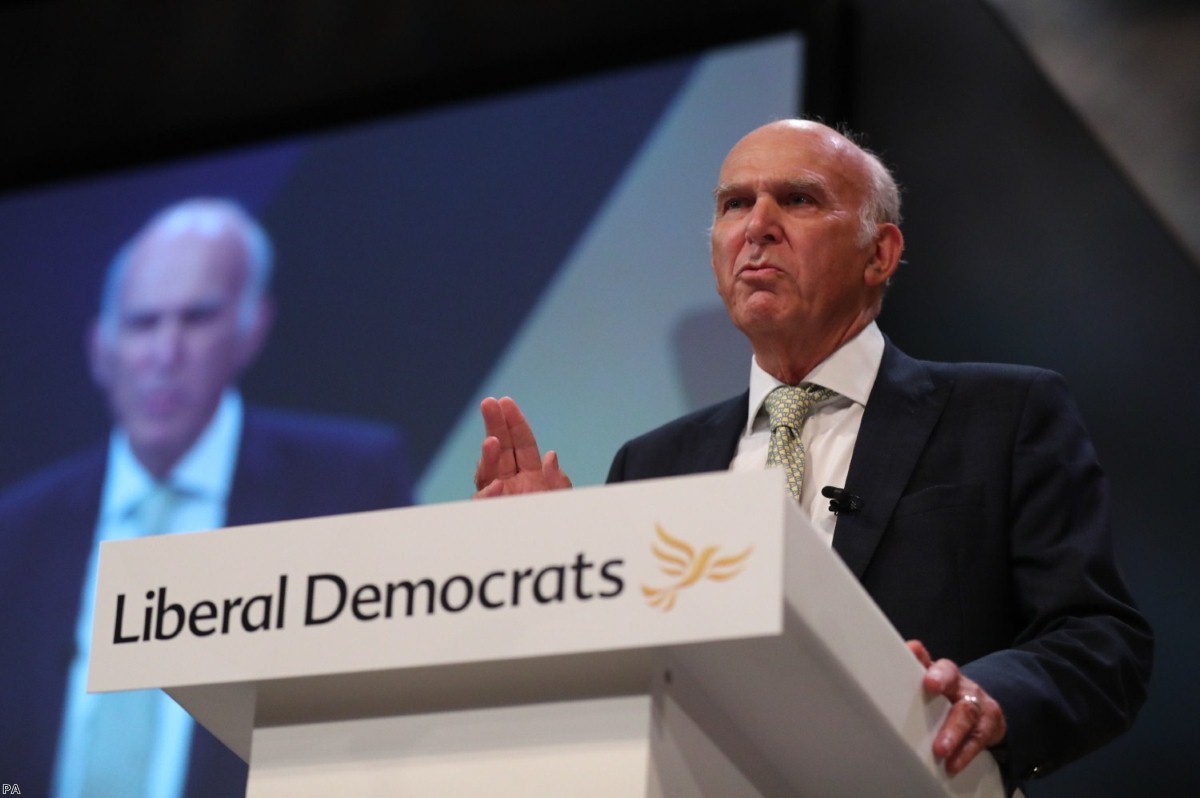 Cable’s analysis is spot-on, but the Lib Dems need a jolt of energy

You couldn't get a greater difference between content and delivery. Vince Cable's speech to Liberal Democrat conference painted a picture of a world in peril, where Brexit was set to inflict terrible damage on British society and the two main parties had morphed into "intolerant cults" where "those who question the faith are unwelcome".

It was urgent, despairing, and almost completely true. But the man delivering it looked like he was moments from sleep.

Cable is a decent, humane man. He's made errors, of course, the most damaging being the decision to back the Tories on tuition fees, which shattered a generation's trust in mainstream progressive political leaders and helped create the frenzied support for Jeremy Corbyn which now horrifies him. But he also made the right choices on several occasions.

A fair account of Coalition would include the fact that he and his colleagues fought off some deranged Conservative plans on immigration and the economy. It would make the case that damage limitation in imperfect circumstances can often be an honourable endeavour, even if it is a thankless one. But this is not a period in which fair assessments get much traction. Everyone is now a devil or an angel, and for many Cable will always be a compromised figure.

Certainly, it was a bad idea to make him the leader. He is too closely associated to the Coalition. It's no problem for someone of his age to be in the role, but they need to look like they have fight left in them and he simply doesn't. He is presumably as aghast as he says he is at the turn our politics has taken, but you don't really see the rage or indignation in the way he conducts himself.

Instead, you get the sense that he is gearing up for his last political fight, which is to open up the leadership elections for Lib Dem leader to non-MPs. It is, in effect, a self-denying ordinance. It would undermine the system which meant that he was the only viable option available during the last leadership contest. Pursuing this, therefore, takes a large degree of humility and self-awareness, of the sort one can't ever imagine Theresa May or Corbyn possessing.

It should happen fast. The Lib Dems need urgency and dynamism and they need them quickly. The daily humiliation of watching commentators talk about a new centrist party while they sit there in the corner of the room waiting for people to notice that they already exist must be hard to bear. But they can never be that party until they have a fresh face at the top. And it is possible that the brand damage from Coalition is so severe that even that might not be enough.