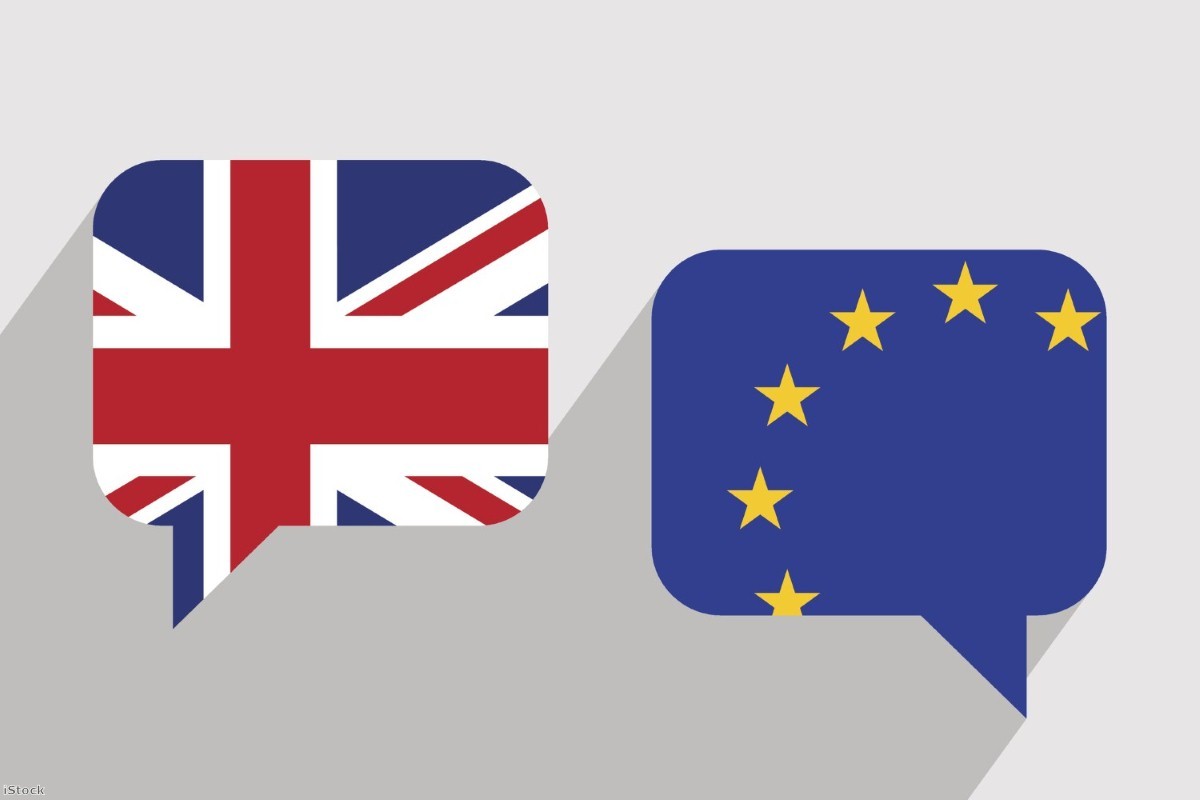 Crunch time is coming. Yes, I know, we've heard that before, but it really might this time. There are just weeks of negotiation left. Holidays will break everything up in August, meaning time is at a premium. The end of the talks can be seen in the not-too-distant horizon.

Here's one way it could go, reported in despair at Brexit Central this morning. The political spin is typically hysterical, but the assessment of the process is credible. It's arguably the most likely series of events from here on out.

First, the government manages to get Cabinet onside with customs union membership (it won't be called that but that's what it'll be) and the single market in goods. Of course, the Brexit hardliners in and out of Cabinet could trigger a leadership battle to prevent this – although even here Theresa May probably has the numbers in the Tory parliamentary battle to eventually win.

This would ostensibly fix the Irish border issue because you don't need to check services where people enter a country. If someone has a qualification in architecture from another country, for example, you can check it when they go for a job, well away from any border.

But this plan won't be accepted by the EU. Everyone already knows this. It involves stuffing the whole future trading relationship into the Irish backstop issue, like trying to fit an elephant into a hosepipe. It would also be cherry-picking of the single market, just with a particularly massive cherry.

In reality, the EU cherry-picks all the time. The fact it is prepared to accept a special status for Northern Ireland is cherry-picking. The EEA agreement Norway is a member of excludes agriculture and fisheries, and is therefore cherry-picking. But the UK case is different by virtue of its size. It has the ability to sit on the outer border of the EU and undercut it, for instance by reducing all the service-based elements of a good, say on data protection. So it's a no from the EU.

The UK has not built any infrastructure to deal with no-deal, in customs or services or regulation or anything else. So when the offer is rejected, it'll be faced with a very stark choice – full single market and customs union membership, a plain old Canada-style free trade agreement, or no-deal. Or rather, as Anand Menon says, between Norway plus (because it would involve customs union membership and probably agriculture and fisheries) and Canada minus (because it would require agreements on things like state aid and some regulatory standards in order to get a basic free trade agreement).

And when that happens there is a pretty good chance the government would pick single market and customs union membership.

This will trigger the most unspeakable emotional breakdown from Brexiters. That breakdown will take the form of a 'treachery' narrative. Any compromise is treated this way. If May allows job-offer conditional travel from the EU, which is a very significant step down from free movement, it will be considered treachery. If she stays in EU agencies, it will be considered treachery, even though this is already the government's formal objective.

If these minor concessions are considered treachery, you know how something more substantial will be framed. Figures like Nigel Farage will run with that narrative, mix it up with vitriolic anti-immigrant open-borders rhetoric, and demand people go to the streets.

But it'll also happen even in the case of a free trade deal. The extra requirements the EU are putting on that offer mean that it will be branded treachery. There are really no outcomes now which will avoid this objection, except for the outright lack of a deal. You can see that much from the insane demands and repeated threats of the Jacob-Rees-Mogg brigade. The only argument they have left is that of the will of the people and they will use it mercilessly.

The argument is, of course, abject nonsense. The mandate was to leave the EU, which all of these options do. And anyway, there never was a will of the people – not on this or anything else. People are varied and individual. Anyone claiming to represent them as one mass with one view, as Umberto Eco wrote, is by definition behaving like a tyrant, because they take something varied and present it as monolithic.

As Twitter user Steve Analyst has pointed out, Vote Leave's formal application as lead campaigner in the Brexit debate said its "sole purpose" was to leave the EU. Otherwise it was supposed to reflect a wide range of voices. It said all options on Leave outcomes were "legitimate" and "equally valid". Some of these groups stated that we'd stay in the single market. And, indeed, plenty of Leave voters – somewhere between 20% and 40% – either were unfussed by free movement, or considered it less important than protecting the economy.

1. OK, John, since you’ve asked this question, let me try to explain this issue. https://t.co/TwJi3hyGuY

There is no will of the people to betray. There is no treachery. There is a country trying to make the best of a difficult job. But with all other arguments gone and the relentless ticking of the clock counting down to Brexit Day, this will be the only one left. It is a profoundly toxic bit of rhetoric which should be pointed out and shamed wherever it is made. The consequences of allowing it to flourish are very severe, whatever happens next.