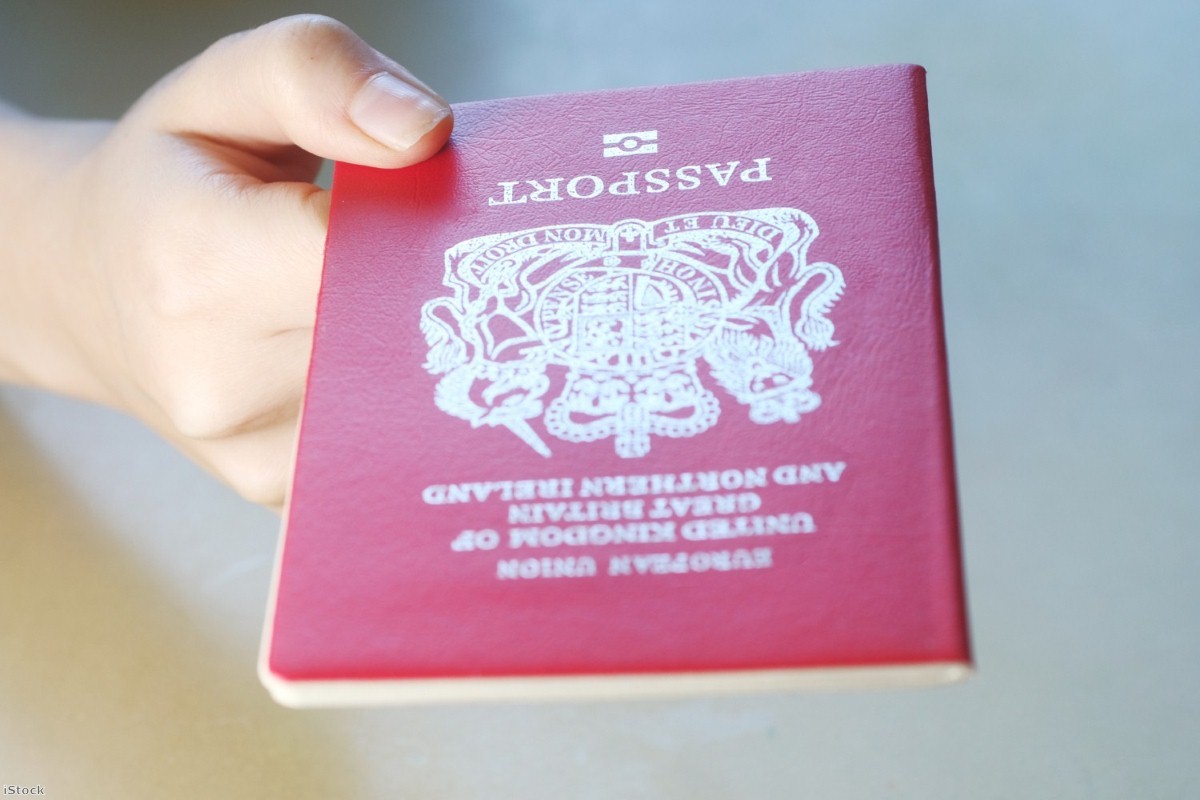 The application process for EU citizens to regularise their UK immigration status after Brexit was unveiled today in more-or-less what'll be its final form. It's basically what we reported it would be back in March – a commendably simple website biased towards granting permission, with the Home Office doing most of the work to prove someone's residence. They'll do this by checking Revenue and Customs (HMRC) and Department of Work and Pensions (DWP) databases for tax or welfare payments.

The scheme will be open to any EU citizen who is in the UK between now and the end of the transition period on December 31st 2020. It is also expected to include EEA citizens from Norway, Switzerland, Iceland and Liechtenstein, but that hasn't quite been signed off yet. It will include the close relations of EU citizens as well – their children, parents, grandparents and spouses.

The cost of the application is £65, which is set at roughly the cost of a passport. For kids it's half that. For people who already have residence it's free.

The app is slightly more complicated that I wrote in that March piece, but it remains commendably short and simple. At the start you enter your name, date of birth, and some kind of proof of identity, like a passport or European ID card number – and then take a selfie so this can be compared with the official document. There's an app for this bit which scans your passport, but it seems the Home Office have only managed to get it to work with Android and are having difficulties with Apple.

Then you need to show how long you've been resident. The quickest way to do this will be uploading a national insurance number. That'll then be used to check HMRC and DWP databases. The Home Office is insisting it won't care about or keep any of your personal tax information, it's just using it as a proxy for residence. This will then assess how long you've been in the UK, and give you either settled or pre-settled status.

If you want to dodge the national insurance number route – for instance if you haven't been working or claiming benefit – or if the system is saying you've been in the UK for less time than you really have been, you can start uploading documents to proof your status.

The Home Office's preferred documents are things like bank statements, employer letters, P60s, care home letters or student finance letters. But they'll also accept lots of other types of proof, like payslips, invoices, utility bills, GPs, domestic bills or even a travel ticket to the UK. This second category of non-preferred document would require more uploads than the first.

The third and final part of the app will ask about criminal records, but only those with serious convictions who could pose a threat to the public – defined to the European legal standard – would be caught out by this.

When something doesn't work, the application is spat out to a case worker. But unlike most experiences with case workers, this time they are being instructed by the Home Office to help people pass. The expectation is that nearly everyone will.

The app is intended to start rolling out later this year and to be available to everyone by Brexit Day in March next year. It'll stay online until June 30th 2021.

So far, so good. It is not as good as free movement, of course, despite the promises made by government, because while you are in pre-settled status you can only leave the UK for six months in any one year. Your ability to come and go is restricted. But it is decent, and there's a pleasant novelty to seeing the Home Office create a system designed to pass applicants rather than make their life a misery. It is also proof of concept for a humane immigration model which can be raised by migrant rights in future as a gold standard for how things should be done.

But. There is a sense of over-confidence in the Home Office plans. They insist they are up to the logistical challenge of handling 3.7 million applications in a few years (roughly 5,000 a day, every day) because they do seven million passports and three million visas a year. But these are systems they already know well and which have been chugging along for years. The app is a completely new IT system, which has to be up and running quickly. The better comparisons are the infamous NHS IT system or universal credit, both of which were disasters.

The most obvious risk is a spike in demand. Some of this you can plan for – there will be spikes at the start and the end of the period, for instance. But there may also be spikes you did not see coming, perhaps because of some scare story on social media or other unforeseen problem. Can it handle that?

System resilience analysts often talk about the double-crisis: a system which can handle one problem, but collapses when two hit at once. What happens if there is a spike in demand at the same time as the national insurance number tracker finds a disproportionate number of two-year data point gaps in the HMRC database? That's where you'd have an issue.

The system is also heavily biased towards the young, the urban and the tech-literate. What about older people, who don't use the internet, let alone apps? What about the fruit-pickers who come for seasonal work and do not even speak English. What about people who do not read or care about the news? What about those with severe mental health problems, or people in isolated areas, who are unaware this is happening or that their status could be in any way questioned?

The Home Office insists it is working hard with community groups and employers to access and help these types of people. But a lot of futures will be defined by how many people they can help and how dedicated they are to doing so.

The final danger is the future. At the moment, the promises are fine and dandy. But in some other part of that department, the colleagues of the people doing this were just weeks ago pursuing the Windrush Generation. People who'd lived here their whole lives – who'd received plenty of assurances about their status – were experiencing dawn raids, detention centres and deportation. Given that this is more in line with how the Home Office typically behaves, EU citizens could be forgiven for treating today's assurances with a pinch of salt.