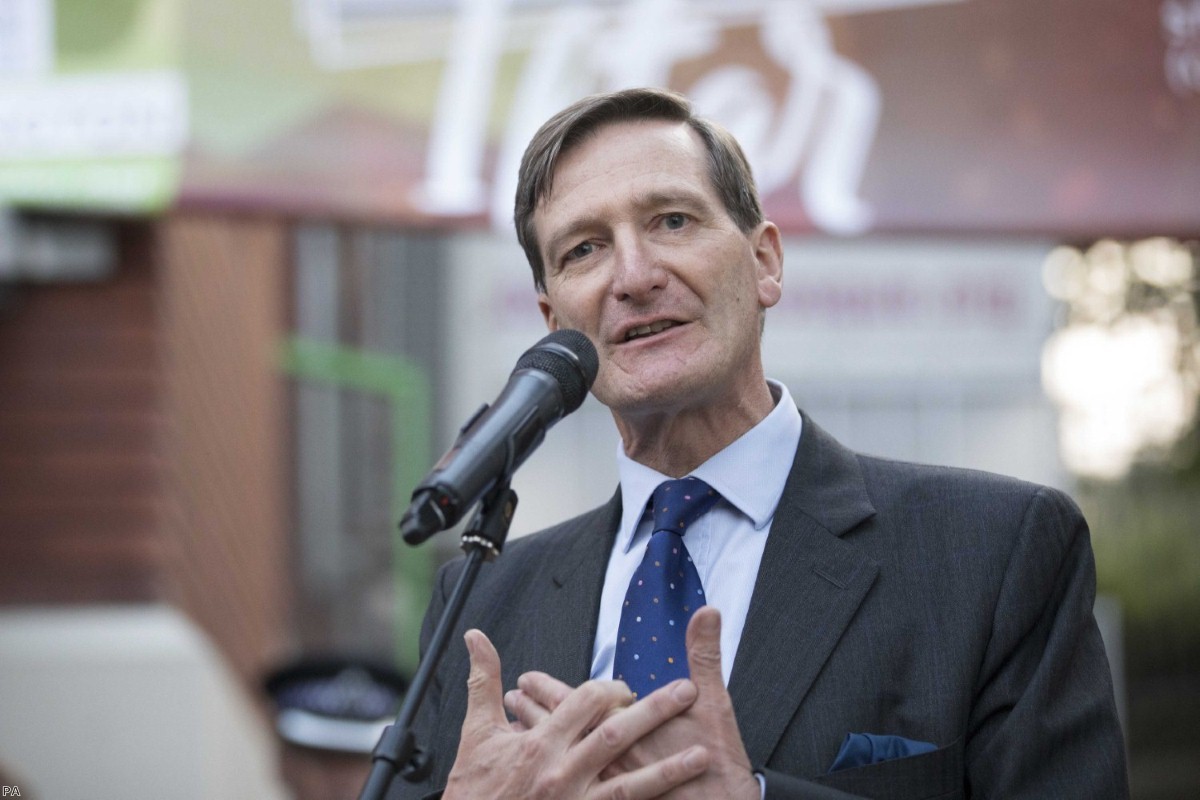 What the bloody hell is going on with the meaningful vote?

Yes, really. You'd be forgiven to closing this window right now, holding a cushion over your face and walking around the house screaming. The debate over the meaningful vote has become impenetrable. The coverage has also been fairly dreadful, with lots of 'Brexiters versus Remainers' chatter but few attempts to explain what's actually happening. Honourable exceptions include the Hansard Society, which has been invaluable, and the Commons Library, arguably the most under-recognised resource in British political analysis, which published this brilliant blog (it also has a highly recommended bespoke email research service you can sign up to here).

Once you get past the technical language, what you're looking at is actually quite fascinating. It is a towering constitutional battle, a fight on how a country functions: government versus parliament.

That's important because May only really has two propositions: my deal or no-deal. Given that her deal is likely to be disastrous and no-deal would be a calamity, it's not unreasonable that parliamentarians might want other options.

The current vehicle Grieve is using for parliament to offer a proposition is an amendment. This basically means that you vote for something, but add a bit on. It’s a legislative Post-It note.

MPs could accept a motion but stick an amendment on it saying 'we want you to ask for an extension of Article 50 and go back and try again' or 'we want to hold a referendum on the deal'. Or, less controversially, they could accept it but put down the rules for how closely parliament would need to be involved in the negotiations over a future trade relationship after Brexit Day.

The one fact everyone agrees on is that sometime in the autumn – probably in mid-November – May will come back with her Brexit deal from Brussels and it will be voted on in the Commons. This will be a normal motion and there can be amendments to it.

The rest of the debate is about what happens if the Commons votes it down, or if she fails to get a deal in the first place, which frankly is not beyond the realm of possibility.

After lots of broken promises and counter-briefing and general political skulduggery, the government promised last week that there would be further votes in the event of no-deal and that they would take place before January 21st, 2019. The prime minister would basically have to tell the Commons what the hell she intended to do and then they'd vote.

But the government did something very strange on these votes. They made them 'neutral'. They made it so MPs were essentially voting on thin air.

It's hard to overstate quite how much of a betrayal of Grieve this was, given the promises he had heard from the prime minister. It is rare to lift out specific parliamentary language on procedure and stick it inside a piece of legislation. This was a real middle finger to the rebel MP from Downing Street and a message to the hardline Brexit Tories that May would give them whatever they wanted.

A neutral vote is like a piece of Cartesian philosophy. Decartes said: "I think therefore I am." And that is literally as much as a neutral motion says. It says that 'a debate has been held', which is kind of irrefutable seeing as people are there voting on it. It doesn't say what anyone thought about the debate or what arguments were raised in it. It is specifically designed in this context to strip the parliamentary motion of any meaning.

The purpose of this, of course, was to destroy any kind of 'yes, but' answer. It would prevent parliament from making propositions.

Last night the Lords voted for another amendment. This was called 'Grieve 2'. It signs up to the government timetable for these votes, but insists that they are amendable. Parliament would be able to make propositions. Like: 'Go back and try again'. Or possibly: 'OK fine, we accept your rubbish deal but you better hold a referendum on it.'

Grieve 2 has two advantages. First, it basically codifies the promises he received from government to stop a rebellion he had the numbers to win. That gives it moral force, of a sort which might stiffen the backs of fellow rebels. Second, it is legislatively consistent. It says that each vote is conducted according to the same system. You don't have this weird arrangement where there is one vote on one system and then other votes using a completely different one.

The amendment returns to the Commons tomorrow. Regardless of how it fares, we can be in little doubt about how the government will operate when these votes finally take place in autumn and winter. It is clearly intent on preventing any real democratic scrutiny of the Brexit deal whatsoever.

The only scrutiny it will allow are amendments on the motion on the final Brexit deal – because it is impossible to make it neutral. David Davis has said as much.

So it will use other tactics. It is likely to tell MPs that if it is amended the government can't ratify the withdrawal agreement. Voting for an amendment would therefore be equivalent to voting for no-deal. It's constitutional nonsense of course, but they're the government – they can do what they like. They'll do this because the best possible argument they have is that their deal is better than no-deal. Indeed, that may well end up being the only thing to recommend it.

However, Tory rebels will have other cards up their sleeve too, even if they lose this vote. If the Brexit deal is accepted by the Commons, the government will need to put primary legislation in front of parliament before Brexit day. This will give things like the transition arrangements legal force. That legislation, of course, can be amended.

Even if the deal is rejected by the Commons, Davis has said there would need to be a 'barebones' deal – basically covering things like a quick-and-dirty aviation treaty and tourist visa arrangements. That would also need to be put in legislation and could be amended, for instance to demand an extension to Article 50 and a fresh start at negotiations.

The trouble is, it'll probably be too late by then. It would be literally weeks – maybe even days – before leaving. It's possible MPs could use this to launch a last-ditch rear-guard defence against what is effectively a no-deal Brexit. But it would be way too tight for comfort.

It's precisely this sort of insanely chaotic scenario Grieve is trying to prevent, by introducing clear lines of process and accountability for no-deal when things are still relatively calm. It is something the government seems intent on preventing. But they may yet be forced to concede, if Tory rebels hold their nerve.