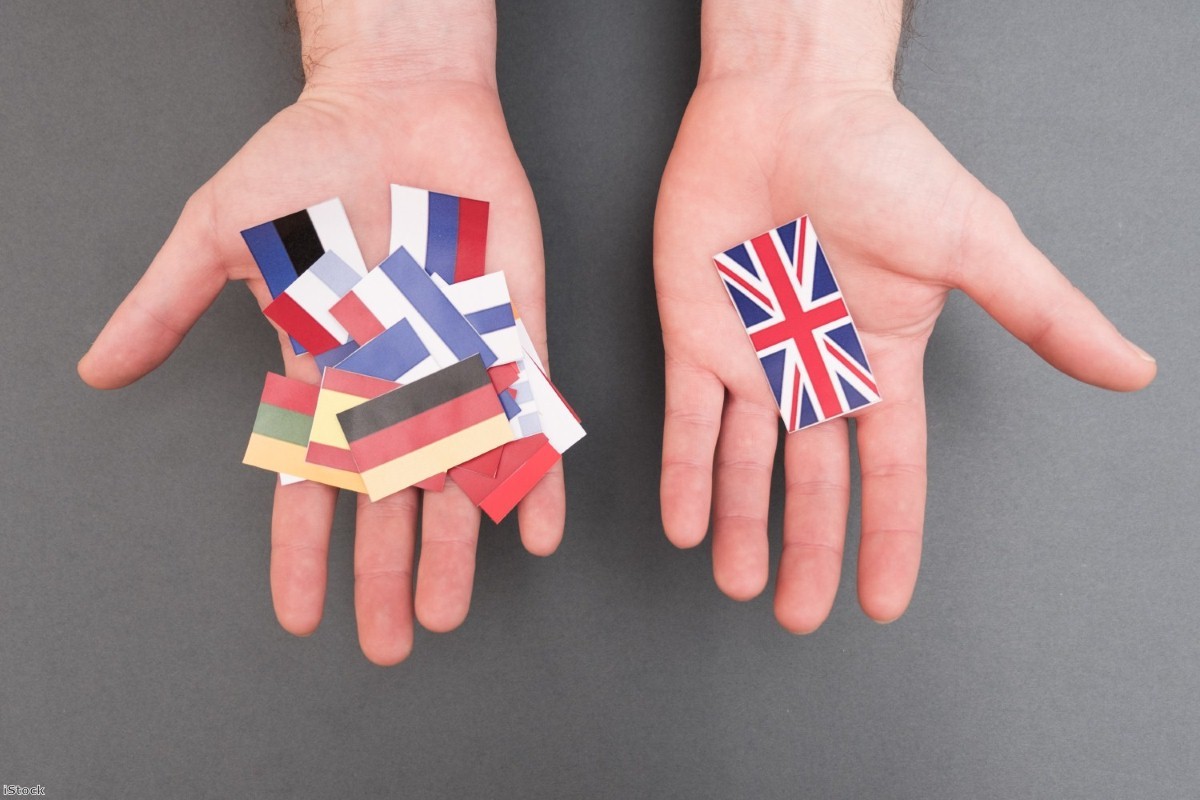 As Ivan Rogers noted this week, the priorities of the Brexit debate are insane. It is, in the words of Britain’s former EU man, "simply absurd" the way the customs union is the "only apparent subject for discussion".

The union, which eradicates tariffs on goods moving across borders in Europe while harmonising them for things coming in from outside, is a tiny part of the Brexit debacle. People have begun to talk as if it somehow solves the Irish border problem, but it does not. You need single market membership on goods to make sure there are no checks at the border. It is also false to really consider the customs union in total separation from the single market. It functions the way it does because of the single market and is reliant on it.

There is something almost comically silly about a services-based economy focusing so relentlessly on a customs union while ignoring the shared regulatory functions of the European project which offer it so many advantages.

But, for various reasons, that is where we are. One of the chief reasons is the Irish border and the unexpected manner in which it has gradually developed such seriousness as to make all other Brexit issues swirl around its centre of gravity. Without a customs union solution, there are checks on the border, for country-of-origin requirements and other matters.

But there are reasons of political strategy that have forced the customs union to the fore as well. For several people in Labour, the customs union solved a problem. It separated the Brexit issue from the immigration issue. By avoiding discussion of the single market, it put the freedom of movement argument in its box. Brexit supporters were unable to reply that Labour wanted unlimited immigration – the charge which most unnerves especially northern industrial-town MPs.

This was a marriage of convenience. Customs union membership was the only softening of Brexit some Labour figures were interested in. Others thought it was strategically useful to secure soft Brexit base-camp with a government U-turn on the customs union, then fight for single market membership from there.

And there was something else. Customs union membership is perhaps the only major issue on which there is probably a Commons majority in the Brexit debate. There is no Commons majority for no-deal Brexit, or hard Brexit, or for the likely contents of a free trade agreement with China or the US, or for single market membership, or for leaving the single market, given its ramifications, or for Remain. But there probably is a majority for customs union membership. It has the considerable political advantage of being doable.

We will find out just how doable it is next month, when MPs are set to vote on it. In the mean time, Brussels is briefing against Theresa May’s three customs plans.

The customs partnership would require inhuman degrees of bureaucracy and demand that the EU spends lots of money creating a weak system relying on a third party which would amass them less money than what they have right now.

The maximum facilitation model would take years to sort out and would not work. It is not a thing, it is just a posh way of saying that you are not going to check lorries anymore.

And then there is the third idea, which is to try and reinterpret the Irish ‘backstop’ solution in the existing draft agreements as an extra transition in which all the UK stays in the customs union.

This last idea has a kind of impertinent wit to it. There is something charming about how the UK is seeking to subvert an EU victory over it into a weapon against Brussels. Plus, it showed Brexiters were starting to accept that the planned transition, which runs to the end of 2020, would not be long enough. Now, a plan lasting until 2023 is being suggested.

But the reality, as a Brussels insider briefed journalists last night, is that Barnier is not going to have the backstop solution turn into a whole-UK solution. That can only come through new UK red lines on trade in which it wants to stay in the customs union and single market. Also, the backstop is not a backstop if it is time limited. It’s like having a safety-net with limited netting.

There is a fourth idea, which was broadly supported by Rogers and which, with mild variation, is promoted by the Institute of Directors (IoD): to have a partial customs union.

The logic of this comes down to what Britain can offer other countries in trade deals. The reason you can’t really sign trade deals inside a customs union is because you can’t mess with your tariffs. If Britain does go out looking for new deals it is going to lower those tariffs, allow other countries to send in lots of cheap agricultural and industrial goods, and in exchange try to secure penetration of its financial services into their market.

Whether that can be achieved, given nervousness around financial services, is another matter. Whether it is a valid democratic expression of the referendum vote, given that it would punish Leave areas and reward Remain ones, is also up for debate. But put that to one side for a moment.

Industrial tariffs are already very low. So the UK could stay inside the customs union for those goods. The IoD adds processed agricultural goods to this mix. But Britain could extract other agricultural goods from the customs union. This would give it something to negotiate with in trade deals, but preserve as much frictionless trade as possible.

There is a precedent for this – Turkey. But it is not a particularly good one. And in reality no-one has any idea if this idea would fly, either in negotiation or on the ground. It would also not remove the Irish border problem, because you’d need checks. But it certainly has a better chance than the other three.

And then there is the fifth idea: to simply stay in the customs union. This is the true backstop, not in Brexit talks, but in the Commons timetable. When the Lords amendment on it comes back next month, MPs can force the government to do what it has seemingly been incapable of doing until now: making a decision. What happens after that – to the red lines, to the prime minister, to her Cabinet, and to the hard rump of Tory European Research Group Brexiters, is anyone’ guess. Another period of intense political chaos could be just around the corner.