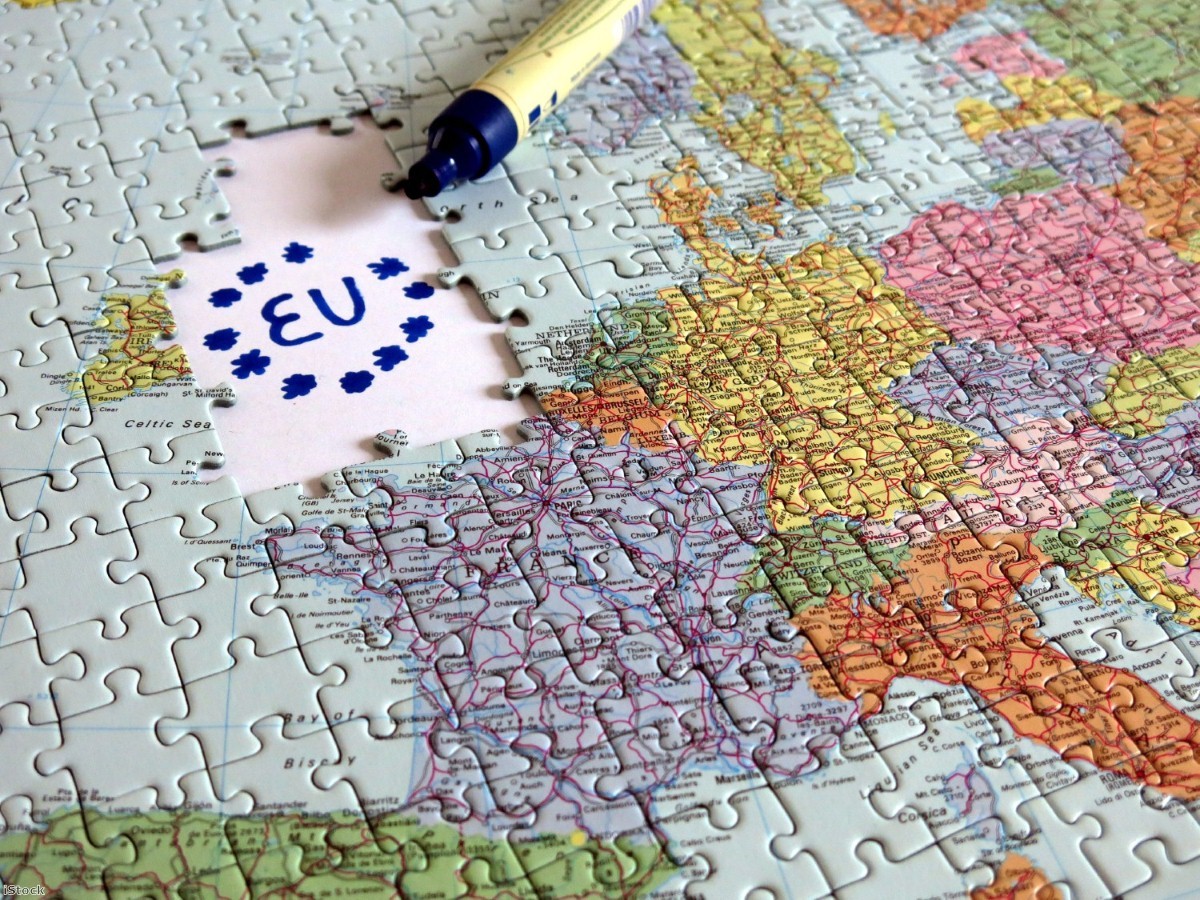 If you want to have a real conversation about customs, talk about the backstop

Another day, another interminable conversation about two customs options which have already been rejected by Brussels, lawyers and the laws of objective reality. The British Brexit debate is trapped in an interminable and extremely tedious daydream with no pertinence to the reality of the process.

If you want a hint of what's actually going to happen, ignore the talk of customs partnerships and maximum facilitation and pay attention to something else: the backstop solution. This is the ghost of Brexit future.

It was in paragraph 49 of the December agreement the government signed. It was in the legal translation of that agreement in the form of a draft protocol in February. It remains there now. It guarantees the shared UK and EU objective of there being no hard border in Ireland. Unless another solution is found – and none currently exist anywhere on this planet – the UK will agree to "maintain full alignment with those rules of the internal market and customs union which support north-south cooperation, the all-island economy and the Good Friday Agreement".

Once we sign off on that, the discussion over all the rest – customs, single market regulations, pretty much everything – can be shifted off into transition. There'll be a broad outline of the plan, whether it's soft or hard Brexit or a mix of the two. But that'll be for later. The guarantee is the key. The EU will know that whatever happens there'll be no hard border. It provides a baseline to Brexit consequences.

Every time the backstop is mentioned in an official document, the British political and media establishment has a breakdown. They were gobsmacked to see it in the February text, even though it had been clearly stated and extensively discussed two months earlier. When it is still there in the final withdrawal treaty, they'll have another breakdown. It is remarkable to see so many people so regularly startled by something which has been made clear for so long.

The government refuses to engage with the detail of the backstop and because they don't discuss it, most political journalists don't discuss it either. They're like a man stuffing debt repayment notices into a box and forgetting about them. The hopelessly inward-looking attitude of politicians and journalists means the objective legal reality of the Brexit process is being ignored in favour of a pointless Cabinet fight over nothing.

The two most interesting pieces this week on involving the backstop are from Sam Lowe, research fellow at the Centre for European Reform, and Tony Connelly, Europe editor at Irish broadcaster RTE. They tell you far more than any number of news reports on Theresa May's 'war Cabinet'.

The assumption among many analysts was that the backstop acted as laundering system for soft Brexit. It strapped Northern Ireland into the customs union and single market – at least insofar as it applies to goods, but probably more broadly.

But the UK – and especially the DUP, which props up May's government – would never accept a hard border between Northern Ireland and the rest of the UK. So eventually, the thinking goes, the government would accept that all of the UK would stay in the single market and customs union. The Irish border problem sucks in hard Brexit and churns out a soft one.

But Lowe cautions that that is not necessarily the case. He says that the Commission and Ireland point to paragraph 46, which states that the principles of the joint report "will not pre-determine the outcome of wider discussions on the future relationship between the European Union and the United Kingdom and are, as necessary, specific to the unique circumstances on the island of Ireland". As Lowe puts it, the backstop cannot become "the baseline offer to the whole of the UK".

This is being reported by several other sources. Clearly, Brussels is not going to allow a protocol to become the default vehicle for the broader final trade deal. It'd be like trying to stuff an elephant into a pair of trousers. If Britain stays in the single market and customs union it'll be via the talks on the future relationship, in which it stays signed up to EU rules under an agreed arbitration system.

But even if the backstop doesn't provide soft Brexit as a fait accompli, it still acts as the first domino in a chain of events which seem to lead to it. A hard border in the Irish sea will never be domestically acceptable, so it follows that what is accepted for Northern Ireland will eventually be accepted for the rest of the UK.

The RTE piece – which includes the tragicomic idea that the UK government has now decided to take the joint agreement "literally", as opposed to, say, in the form of interpretive dance – suggests movement towards this position. It reports that No.10 is starting to accept that it might keep the whole of the UK "aligned" with the customs union.

Presumably some name would be thought of for this to save face – hell, it might even be 'customs partnership' – but the truth is it is a customs union. If it looks like a duck, swims like a duck and quacks like a duck, then there's a very good chance that it is one.

The outcome of Brexit will be decided by these factors, which act like great slabs of reality closing in on Downing Street. There can be no hard border in Ireland or in the Irish Sea. The only viable solution to a hard border is continued regulatory alignment on goods and a customs union. That dynamic adds up to either a soft Brexit or a no-deal Brexit, in which the compromises it demands are considered intolerable by the hard fringe of the Tory party.

Either way, you can afford to ignore the 'war Cabinet' if you want to know what's going on. The real story is about the backstop.