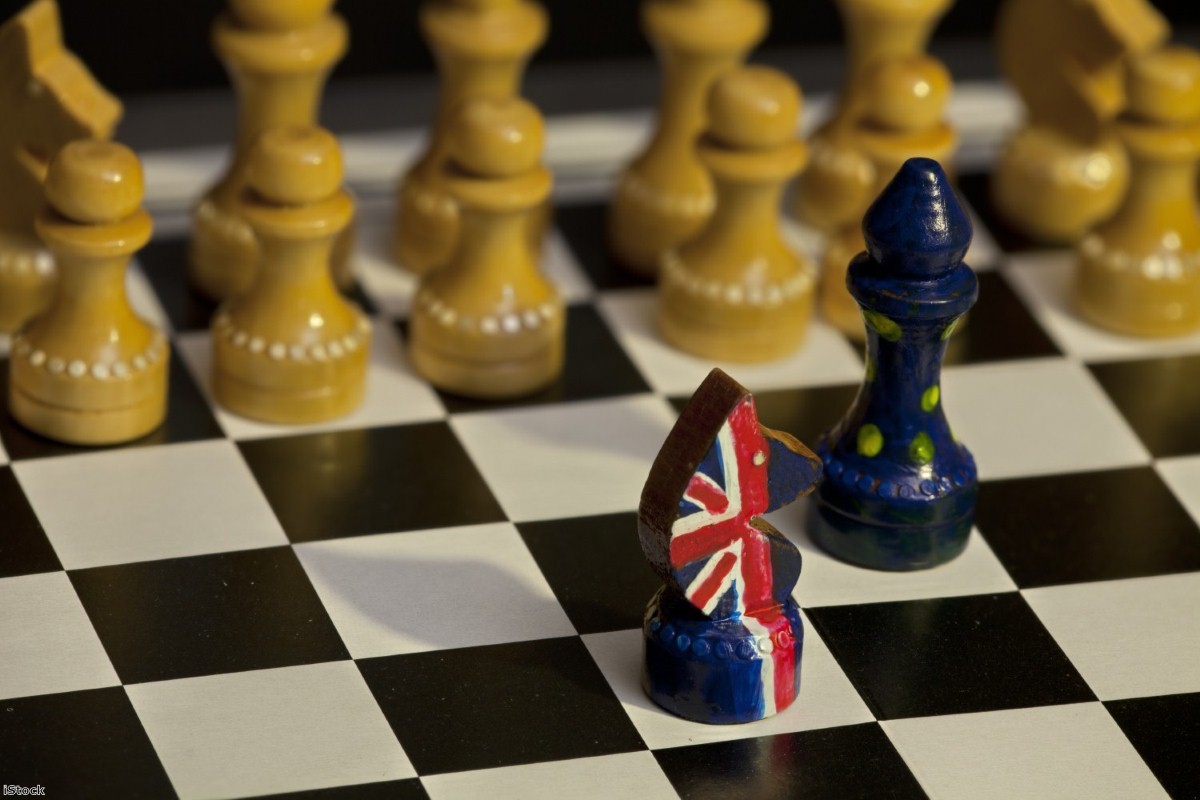 Never before have so many complicated names been put forward for ideas with so little substance. Today Theresa May is calling a 'War Cabinet' to finally hammer out a customs solution. Phrases like 'max fac' and 'hybrid' fill the airwaves, like we're discussing some kind of sci-fi military project. The wording gets more dramatic as people get more desperate. But no amount of euphemism can save these ideas.

We are watching the tiny dreams of very unimaginative people finally circle around the drain and disappear. Despite all the noise, the options they are discussing have already been rejected by Brussels. Instead of coming up with a realistic proposition which might push negotiations forward, senior British politicians are having a big fight over plans which have already been ruled out.

There are basically three choices for Britain's customs arrangements. The first is a bog-standard customs union. The second is a customs partnership, otherwise known as the 'hybrid model'. The third is frictionless trade using technology, otherwise known as 'maximum facilitation', shortened to 'max fac'. You'd be forgiven for giving up now, but stick with it.

The first shows that Brexit is pointless, the second is insane and the third is impossible.

This is a really good idea if you're in a customs union with your main trading partner, but it has drawbacks. It means you can't sign independent trade deals. If Italy signed a trade deal with the US, they would send all their bananas to Rome tax free. Then they could just circulate all around the customs union without paying tax. Everyone would be undercut. So customs unions sign trade agreements as a whole – it's an all-for-one-and-one-for-all kind of thing.

This is where all that country-of-origin mumbo jumbo comes from. Customs unions are obsessed with establishing where things came from so they know they're not being undercut. That means checkpoints and searches and tests. Basically: It means trade is no longer frictionless. And this, more than the tariffs themselves, is a massive hindrance to business.

The Brexiters' problem is that they want two mutually incompatible things. They want tax-free, bureaucracy-free trade with the continent and they want to be able to sign their own trade deals. They're like a man staring at a book demanding that it sing him a song.

Britain can decide to stay in the customs union, but this will highlight how pointless Brexit is. The economy and trade will be preserved, but the great 'take back control' independence element will be sacrificed. And worse: it'll be sacrificed while we lose any of our previous influence over customs union rules and EU trade deals. We'll have untaken back control. And once you do that, it won't be long before people ask why we're doing any of this nonsense in the first place.

So instead the government has suggested a hybrid model. This is the customs partnership, where the UK and EU have a united customs front and then sort out the financial differences afterwards. What on earth does that mean? Not very much.

Let's say the UK has a ten per cent tariff on bananas and the customs union has eight per cent. If a banana enters the UK from the US, it is charged ten per cent. All fine. But if it then goes to Italy, the UK would need to pay back that two per cent difference to the importer.

How do you do that? How would they track every banana? Well, the UK government isn't sure exactly, but they are very keen to insist that they have done lots of work on this since the summer, when everyone fell off their chairs laughing at them for this proposal. Maybe there could be a tracking mechanism of some sort – one of the high-tech gizmos which David Davis is resting his entire professional reputation on. Or perhaps everyone would have to keep storing their receipts and then constantly sending them in to governments to claim their tariff differentials. These are the proposals coming from people who claim to want to cut red tape.

This is insane enough when it comes to items like bananas or car steering wheels, which you can at least theoretically track. Now think what it does when it comes to goods that are used inside other goods. Take sugar. It comes into the UK under one tariff level, then might be used here as an ingredient in a batch of cakes, and then they are sent off to Italy. Where is the tracker now? Who is sending receipts back for what? It's madness.

Finally there is the max fac model. You can read a summary of how this model is supposed to work here.

It involves throwing lots of tech and customs cooperation at the problem. But it is not possible, certainly not now, by these people, to this timetable. The smoothest borders in the world, like US-Canada or Norway-Sweden, still have checks. And they are conducted by countries who have spent decades building up cooperation patterns. If this was possible for the UK, it would need a ten-year timetable at a minimum, with countless millions being spent on customs infrastructure – both physical and digital – new working systems, thousands of employees and countless hours of cross-border cooperation. We have, in the best case scenario, until the end of 2020.

What's extraordinary is that May's war Cabinet is debating the customs partnership as if their life depended on it. Does Boris Johnson have this view or that? Will he walk? Will Jacob Rees-Mogg lead a charge of the European Research Group? Will Sajid Javid be a game-changer now he has replaced Remain-supporting Amber Rudd?

On and on this incessant analysis goes. But it doesn't matter. The EU already rejected the customs partnership plan. And so for that matter did objective reality. The max fac model has the same problem. It doesn't matter how much you sit around talking about an impossible thing, it remains impossible.