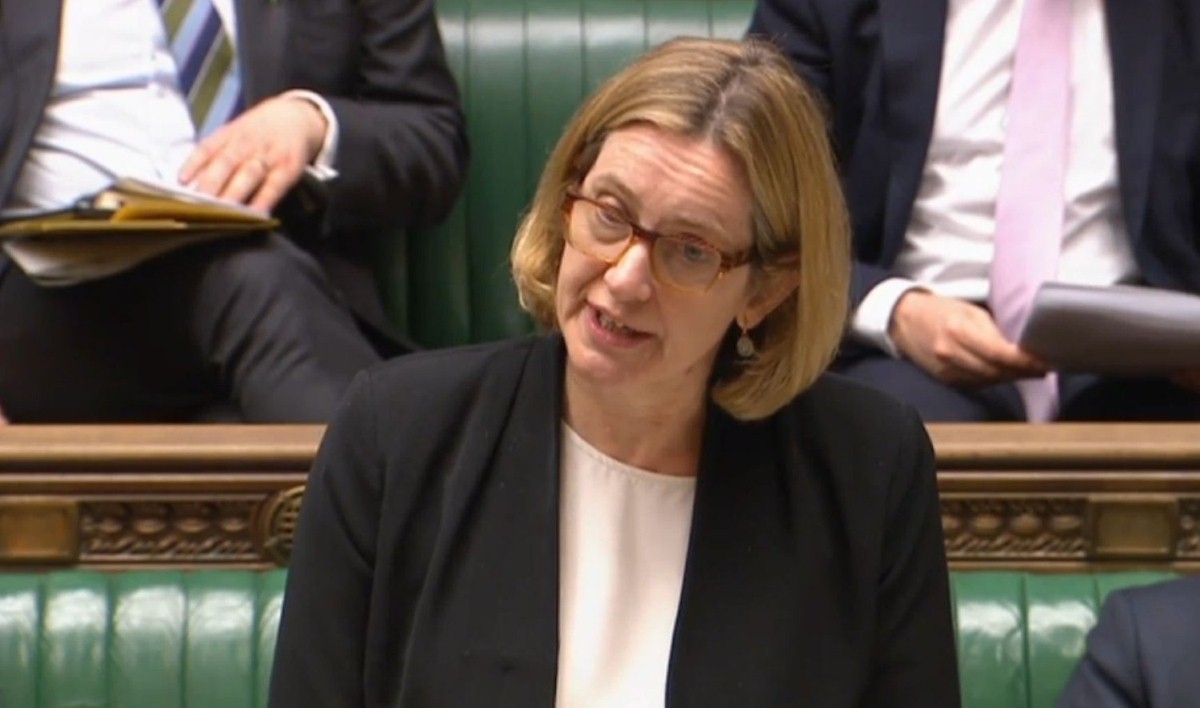 Amber Rudd's statement to the Commons today was another tortured attempt to draw a line under the Windrush debacle. But the real Home Office tactic is now clear: they are trying to quarantine the damage, so that the misbehavior is viewed not as a matter of policy, but an aberration.

The home secretary promised to waive the citizenship fees for Windrush generation applicants, along with the 'life in the UK' knowledge tests (a completely arbitrary and tragic-comic initiative for any migrant to go through, let alone someone who has been here for half a century), and any naturalisation fees. She'd also set up a Home Office 'customer contact' centre to give the department a "human face" and provide a channel for getting information about this type of failure more speedily.

Her problem is that an early warning mechanism will not highlight problems if they are viewed as advantages. That is the issue with the Windrush cases. They were not accidents. They were aims. Ministers wanted this, and only pretended not to when they saw the extent of public opposition.

There was no shortage of news about what the hostile environment was doing. This website and several others have been covering its implications for years. The excellent series of pieces by Amelia Gentleman at the Guardian made it perfectly clear what was happening to the Windrush Generation specifically. But ministers were indifferent until the story spread out to the broadcasters and right-wing tabloids. That is not an absence of information – it is an absence of giving a damn.

Rudd's statement had some perfectly encouraging initiatives in it. It is good that she is waiving citizenship fees in these cases and setting up a body to look into compensation. But it also means she is trying her utmost to avoid undertaking the kind of systematic assessment of the Home Office which would explain its behavior and prevent it from happening again.

The hostile environment is just half of it. The Home Office has for years been tasked with reducing numbers without any notion of decency or fair play. It is no use blaming civil servants. They can only do what they have been tasked to do by ministers. And generations of ministers have come in with the same mission: lower the numbers.

So case workers looking at an immigrant or asylum seeker's case will be seeking ways to reject them, whether it’s because a payment went under the line for one month in six, or because a stamp doesn't fully cover the box it is supposed to go in, or because they got a question wrong about Plato. That is a departmental culture, not a specific problem with one set of applicants. And it is a culture which has blossomed because of ministerial demands, and the endless push for less immigration from the self-same politicians and newspapers who now pretend to be so outraged.

The 'customer contact' department – try if you can to ignore the terrible name, which is now par for the course in the Orwellian management-speak world of government departments – has the same potential and the same problem. It would prove a useful channel of information to the Home Office of problems in the system and a helpful option for applicants being treated unfairly. But unless the culture changes in the Home Office, it is just another thing for them to ignore, because it represents migrants' voices – not those of ministers and their masters in the press.

The attempts to address the problem are better than nothing and they are important for the people affected. But the Home Office won't really be accepting blame or preventing further victims until it admits that this is the fundamental character of the system, not an isolated incident.