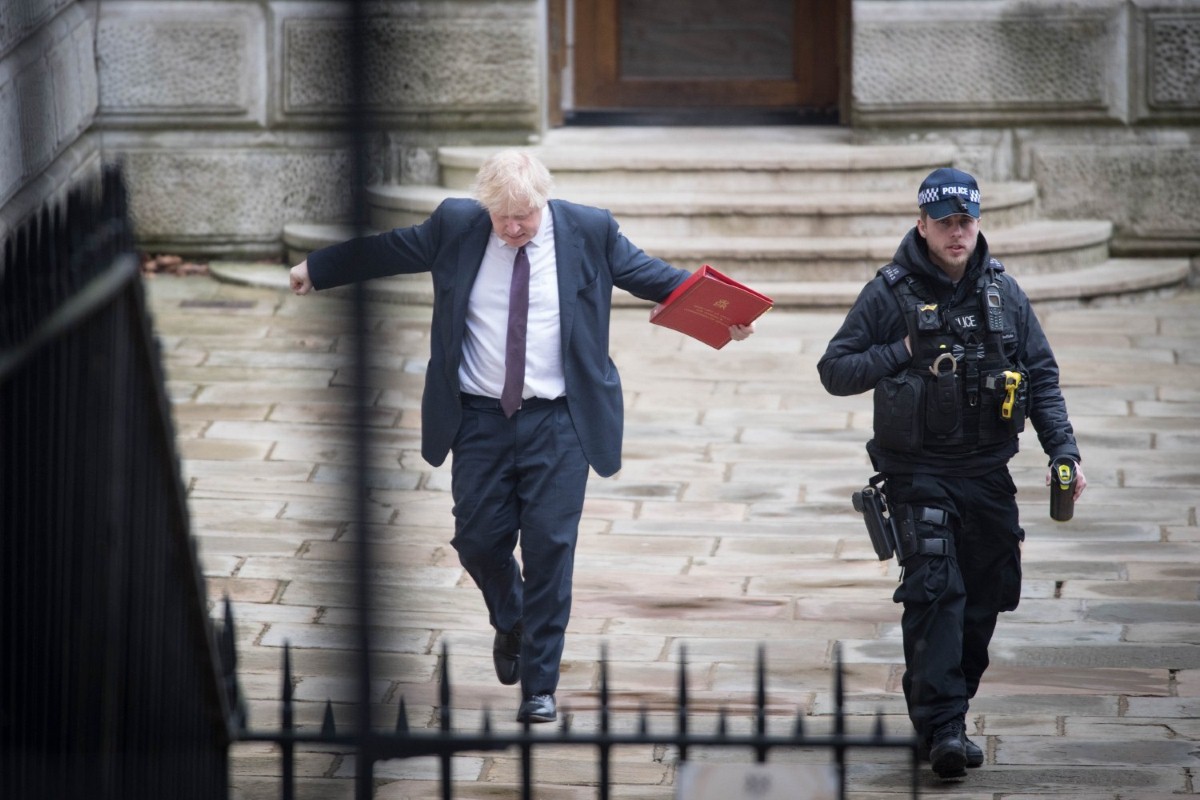 It's not as if we didn't know what we were letting ourselves in for. When Boris Johnson was announced as foreign secretary back in 2016, the State Department spokesman in Washington could barely keep a straight face. We knew this would be a hard appointment to live down, as a country. But, on balance, the bumbling former London Mayor has proved worse than expected.

He has managed to turn a moment of British diplomatic success into a spectacular own goal. He did it for the same reason he does anything: he cannot control his mouth. He has always benefitted from shooting it off, so he continues to do so, even where it is demonstrably counter-productive for him to do so.

In a job defined by the requirement that one speak cautiously and precisely, he has blathered away and made up a bunch of nonsense, to the detriment of the country he is ostensibly meant to represent.

The statement by the chief executive of Porton Down earlier this week was ultimately relatively innocuous. Gary Aitkenhead said that he had narrowed down the substance used against Sergei and Yulia Skripal to a military-grade nerve agent which only a state actor could produce. It's not their job to locate the specific source and instead they passed their data to the government, which combined it with other pieces of intelligence to conclude that Russia was behind the attack.

It remains the case, as it has done throughout, that only Russia has the means, the motivation and the track record of conducting the attack. Its alibi – that the UK and US committed the attack as part of an anti-Russian conspiracy – is so weak it simply makes that conclusion firmer.

The Aitkenhead comment was wrongly reported in some quarters as a problem for the government. It was simply a statement on how the case against Russia was built, not an admission of failure. But it would all have died down quickly enough had Johnson not overstated what he could legitimately say during an interview with broadcaster Deutsche Welle last month.

The foreign secretary insisted Porton Down "were absolutely categorical" about where the substance came from.  "I asked the guy myself, I said: 'Are you sure?' And he said there's no doubt."

That provided the inconsistency between official British statements which Russia could exploit.

Now the standard Johnson tale of incompetence continues. It  transpires that the Foreign Office deleted a tweet from March 20th claiming British scientists concluded the novichok was "produced in Russia".

Not long ago Theresa May had succeeded admirably in holding together a wide coalition of international partners into a series of diplomatic expulsions. The success of that initiative is now under threat.

Russia will convene a special meeting of the UN Security Council today, technically designed to challenge a letter from the prime minister to the UN but really intended to trash the UK's international reputation. At the Organisation for the Prevention of Chemical Weapons (OPCW) yesterday, it attempted to use an emergency meeting to derail the investigation and set up some kind of tragicomic dual Russian-British taskforce. It failed, but succeeded in bringing out China in support.

All of this was preventable. The only thing required of the foreign secretary was that he use stern but controlled language, stating only what he knew to be true. From the beginning he has proved himself incapable of doing so. Even after his first Commons statement on the attack, he had allowed the word "war" to leave his lips and insinuated that the English football team would not be attending the World Cup, when in fact he meant to refer to dignitaries and officials. It was left to his officials to tell reporters what the foreign secretary meant to say.

It is the same error he made when discussing Nazanin Zaghari-Ratcliffe, the British prisoner in Iran whose sentence was nearly increased by five years when the foreign secretary erroneously told MPs she was in the country to train journalists.

Each time, the same mistake: the mouth moves, but the brain is not in control of what it is saying. This is because it has never really mattered before. When he was a journalist, he invented the literary semi-fictional journalistic sub-genre in Brussels, where all events were about bendy bananas and European bureaucracy killing British ingenuity, regardless of their veracity. When he was a journalist at the Times he was sacked for falsifying a quotation.

Johnson is a pundit pretending to be a politician. He is a talking head, a Have I Got News For You guest. He is there to blather away, without specificity or consistency.

May, on the other hand, has had a good crisis. She kept her cool over the Russian attack, spoke with accuracy and in an appropriate tone, and held together a substantial global response. But she must ultimately take responsibility for the foreign secretary's errors. After all, she was the one who put Johnson into the Foreign Office.

She did not do it because he would be any good at it. She did it to neutralise him, with the hope that a high office of state would placate his ego and silence him on Brexit.

That approach, which ultimately failed anyway, might have been in May's interests, but it was not in the national interest. If she gave a damn about the national interest Johnson would never have been allowed anywhere near the Foreign Office. His presence there indicates that Britain has become a joke nation, a country so embroiled in its own nonsense machinations that people totally unsuited to the task of foreign affairs are installed in positions of enormous influence.

Johnson is irritating in the extreme, but he is ultimately like a puppy which has dirtied the living room. It doesn't know better. May is the adult in the room. She must take responsibility for the embarrassment Johnson causes the country, the danger he has placed its citizens in, and the succour he has given to its enemies.