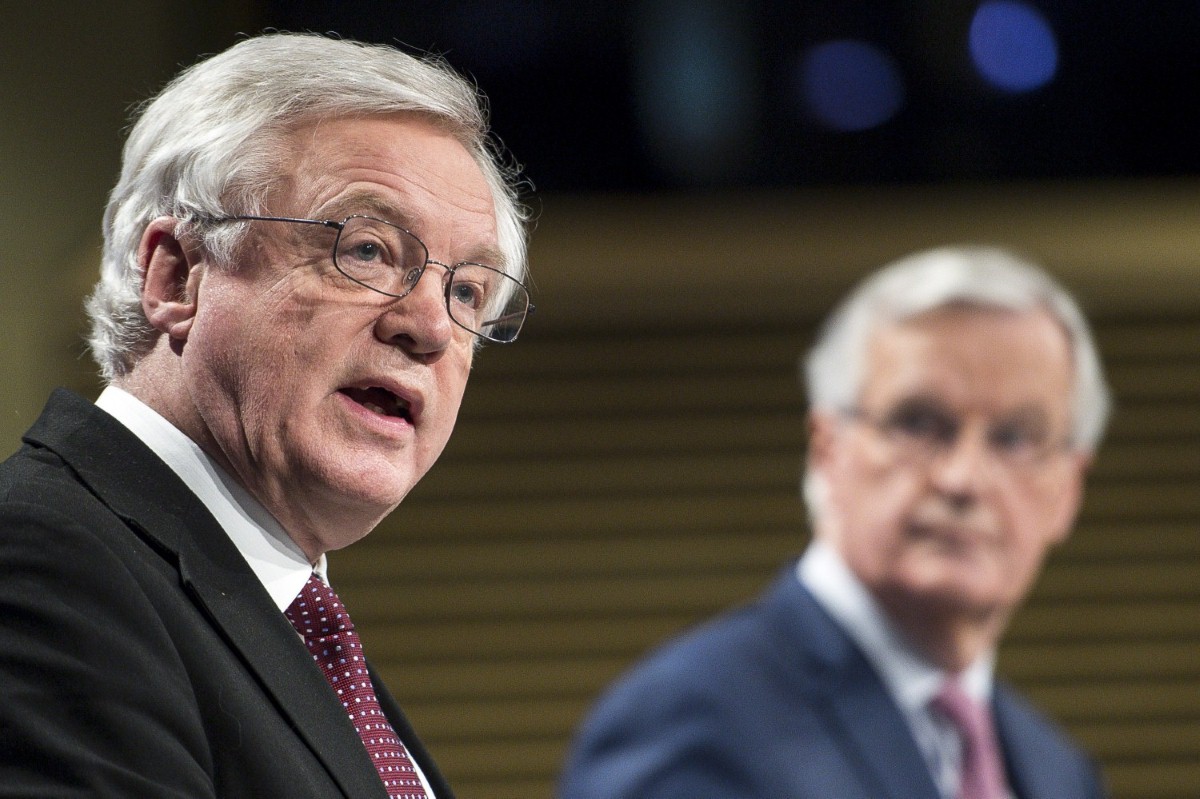 Brexit transition: The can is kicked further down the road

In a sense, today was a moment of victory for Brexiters in government. They have managed to kick the can a little further down the road. But this merely delays the inevitable and raises the stakes. The crisis did not come now, so it will come later. But it will come. Autumn is going to be a very intense and potentially catastrophic period in British politics.

Everything hinges on the Irish question: How do you maintain an open border when you want to have different tariffs and different regulations?

The EU could have forced the Irish issue at the first phase of the talks in December. They didn't. They said Britain could find a solution via it's trade agreements with the EU (staying in the single market and customs union) or it could find a technical solution (sci-fi nonsense which will never happen). If both those things failed, there would be "regulatory alignment" between North and South Ireland. This would mean that either the rest of the UK went into regulatory alignment with the EU, or Northern Ireland was carved out as a distinct economic space. The first option is not acceptable to hard Brexiters and the second is not acceptable to the DUP, or the Tories, or Labour for that matter.

The EU could have also forced the issue today. But it didn't. It has agreed on the transition and talks should now be able to move onto future trade in April. This seems like a major Brexit victory, but it is in a truth a relatively minor one. Nothing has changed. A ball of impossibility sits there in the middle of the Brexit process and they just keep on kicking it down the road. But what happens when you run out of road?

The quid-pro-quo of allowing talks to move on is that the legal text of December's three-stage deal on Ireland has been included in the withdrawal agreement. This is significant.

It ignores the first and second stages and looks just at that regulatory alignment third stage – now termed the 'backstop'. And it really is laid out in brutal detail.

The report reminds the UK that it is committed to "avoiding a hard border, including any physical infrastructure or related checks and controls" and that "any future arrangements must be compatible with these overarching requirements". It states that the agreement "is based on the third scenario of maintaining full alignment with those rules of the Union's internal market and the customs union". And then it lays out what that means, in language which would horrify any Brexiter:

"A common regulatory area comprising the Union and the United Kingdom in respect of Northern Ireland is hereby established. The common regulatory area shall constitute an area without internal borders in which the free movement of goods is ensured and North-South cooperation protected in accordance with this chapter."

The document is colour coded green, yellow and white, with the white sections indicating where "discussions are ongoing as no agreement has yet been found". It goes without saying that this section is in white.

So what does this all mean? In a way, not much. The EU has allowed talks to move ahead, but there is a section of the document which simply cannot be solved. The government is not going to agree to carve out Northern Ireland as a separate economic territory. And it is unlikely to keep the rest of the UK in the single market and customs union either. So the border cannot be around the UK, or in the Irish Sea, which means it has to be across Ireland. Except that it can't be, because the UK has said that won't happen. What the UK wants remains impossible.

So now we will have another few months of Brexiters pretending the problem can be solved. They will talk about technological solutions, about the US-Canada border and the Norway-Sweden border. But the truth is that even the most high-tech, untested, super-futuristic border will only minimise infrastructure, it will not eradicate it. And even that will take longer to install than December 2020, which is when transition supposedly ends. What they have promised cannot be delivered. And the backstop solution which activates if they fail to deliver is considered politically unacceptable. This is a riddle with no answer. It is a dog trying to catch its own tail.

Plenty of people on both sides of the debate will speak very confidently about what will happen now. They should be more modest. It is very hard to see how this will go. Despite the smiles on display today, Michel Barnier and David Davis are now engaged in a game of chicken. Either the UK will buckle. This means agreeing to stay in the single market and custom union or that Northern Ireland should do so. Or the EU will buckle and allow a deal to pass that creates a hard border in Ireland.

Overall, it is more likely that Davis buckles. As Barnier said today, "nothing is agreed until everything is agreed". That means that in autumn this year the UK would face the whole deal collapsing if it doesn't sign up to the backstop: no transition, no customs infrastructure, no regulatory infrastructure, no trade deal with the EU or roll-over of third party deals. Disaster. This dynamic suggests Davis will panic first.

But that isn't necessarily the case. The Brexiters are quite delusional enough to demand political and economic suicide. The political temperature is sufficiently high that anything is possible. And the EU, faced with the horrific reality of no-deal and a UK which has seemingly lost its mind, might still authorise some fudged nonsense into transition.

Today bought some more time, but the pressure continues to ratchet up. Ireland still sits there, like a black hole, in the centre of the talks. It is a spasm of chaos waiting to happen.