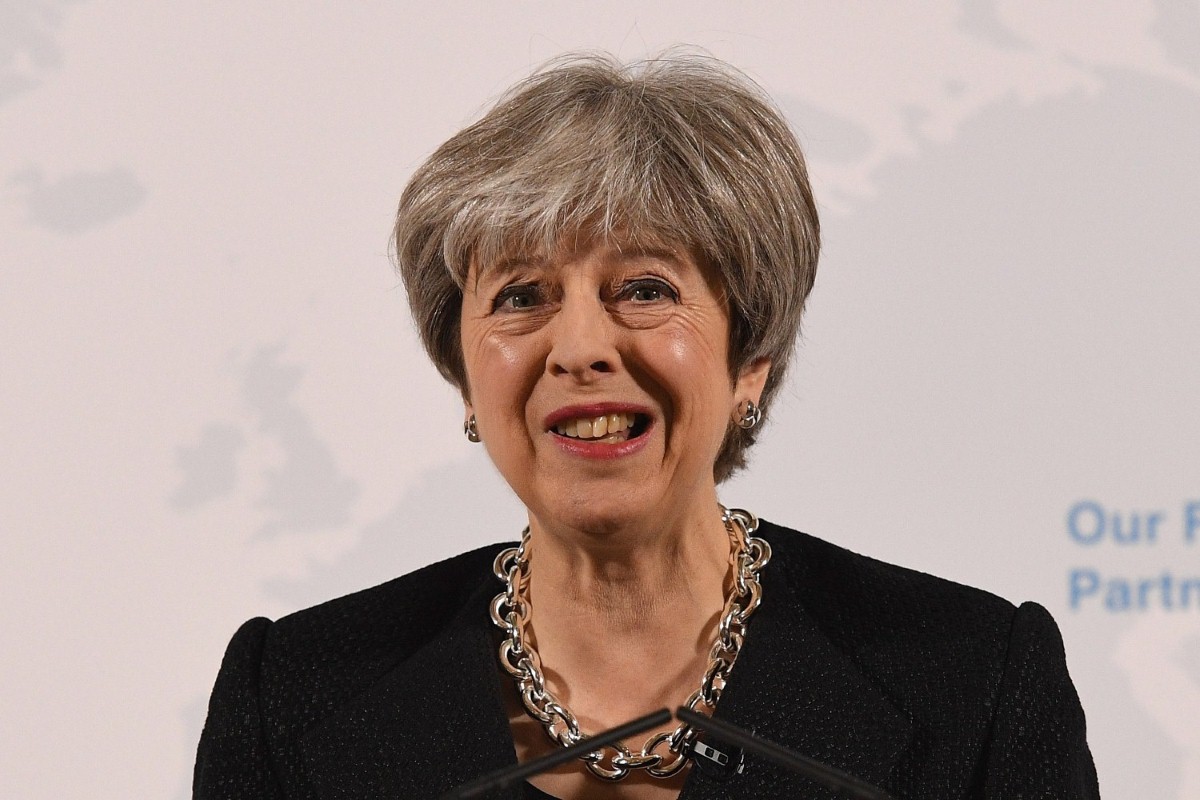 The snowed-in speech: May pedals furiously down a dead end

So here we are again. Another Brexit speech from the prime minister, another inch further down the road to nowhere. Her glacial transformation from fairy tale to economic disaster continues. Watching her over the last 18 months has been like seeing a children's animation turn into a bleak kitchen sink drama. She began with gusto and passion, promising that Britain could have all the trade it wanted – "the exact same benefits", to use David Davis' phrase, outside the single market and customs union as inside. Britain would call the shots, because it buys cars. We wouldn't pay any money to Europe and would walk out if they kept insisting on it.

Then slowly the compromises came. The Florence speech saw her repeat, almost word-for-word, Brussel's requirements on the budget, like a hostage reading out a statement written by their kidnapper. That kept talks on the road. This time she was faced with the universal calls for clarity on her position, which now came from three directions – Brussels, the hard Brexiters and the Remainers. A pretty formidable coalition, united at last in their desire to know what the hell was going on.

The choice is simple. If Britain keeps all its control it must give up its trade. But if it wants to keep all its trade, it must lose some control. This is not because Brussels is mean or vengeful. It is because it facilitates open borders on the basis that they are all part of the same legal system, with the same monitoring and enforcement bodies operating amid the same institutions. The UK is leaving those arrangements and consequences follow from that. At the moment, Britain looks like a teenager telling his parents he is leaving the house, but still demanding they drive over and cook his meals.

Rhetorically at least there was some improvement. May said the border in Ireland must stay completely open – a welcome confirmation given Boris Johnson's now stated views to the contrary. She admitted that there would be a loss of access to the single market due to her policies. She accepted that the European Court of Justice (ECJ), which she foolishly made a red line in late 2016, would probably still have a role in British law. Her criticisms of the EU were often fair. She was right to say, for instance, that they should not be demanding the regulatory standards of a Norway deal while offering the benefits of a Canada one. She will have earned some points for signing up to EU rules on state aid – although made the likelihood of a Labour rebellion on the final deal more likely.

And she did bring clarity. It's just that it wasn't on the choice between trade and control. It was clarity on her own fantasy about not having to make the choice.

Yes, she has given up on the idea that you can have your cake and eat it. But she still believes that she can take all the chocolate off the other slices and put it on hers, only for the EU to smile magnanimously and offer her some more helpings.

It is a nonsense. It is not going to happen. May is pedaling furiously now, but it is down a path which everyone has already warned her leads to a dead end.

Her Florence plan was for three baskets. There would be one part of the economy where the UK would harmonise its regulations with the EU. Another part would align, so that it had the same standards but reached them in its own way. And a third part would diverge. Harmonisation was for things like aviation and chemicals, where the UK would seek associate membership of EU agencies. Alignment was for goods, where regulatory standards would remain "substantially" the same in future and checked off by an independent arbiter, with a consequent loss of market access if they decided it was no longer up to scratch. And divergence was for things like agriculture and fisheries, which could go their own way.

To this she added one final basket – "creative solutions". This was for things like financial services, where there was no precedent for what she was trying to achieve. She knows she needs something that looks like harmonisation, but she can't allow the rules to be set outside of UK control for such a major sector. So her solution is to basically throw up her hands and say: 'Help me'.

If you are trying to come up with a half-in-half-out plan, this actually isn't bad. You'd expect this level of detail towards the end of 2016 rather than the start of 2018, but the substance is okay. You can see why No.10 has picked the sectors it has for each basket.

The trouble is that the half-in-half-out plan cannot work. The EU has said it does not work. For her to pursue it now is like spending days thinking about interior design for a building which is due to be demolished. If one country can take all the lovely bits and none of the troublesome bits, then everyone will do the same. European freedoms are based on establishing trust and that trust is earned by entwining yourself in the legal structure of the EU. But May has squandered that trust by spending 18 months berating Remainers, making threats to the EU, talking meaningless twoddle about non-existent options, and allowing her ministers to issue colourful attacks on Brussels' founding principles. She has let them go for over a year with no idea what she wants. Of all the things she has, trust isn't one of them.

The irony is that her three market model isn't actually all that different to the existing EEA agreement enjoyed by Norway, Iceland and Liechtenstein. After all, they are in EU agencies. They have their own Efta court decide whether they are sticking to the EU regulations, but otherwise they maintain autonomy. They can veto new EU regulations, which has the consequence of extracting them from the relevant part of the EEA agreement, a system which is similar to how May imagined her alignment basket operating. They have areas – again, like May, agriculture and fisheries – where they have nothing to do with the EU.

But this is based on an arrangement where countries want to work together to find solutions. It is one where they accept all the responsibilities of the EU – including, yes, free movement – as a way of getting all the freedoms. Far from butting heads, the Efta court and the ECJ have increasingly begun taking each others' judgements as precedents, in a much more egalitarian relationship than any British political analyst would have predicted. None of the countries involved have ever triggered that veto. Why? It's partly because they don't want to lose access to the market. But it's also because these countries operate collegiately as part of a shared initiative. They are not stuck in the mire of emotional identity politics and reactionary nationalism, in which cooperation with other countries is seen principally through the prism of 19th Century naval warfare. Basically, they have not gone mad.

Britain basically has gone mad and in its spasm of anti-social behaviour it has settled on a plan which gives it everything it wants and none of the things it does not want. That is as far away from the pragmatic and workmanlike solutions of the EEA agreement as you're likely to get.

The EU response, which is not unfair given the circumstances, is that, well – Brexit means Brexit. If you don't want the rights and responsibilities then you're looking at an old-school goods-only trade deal, like Canada's. Probably they will find one single, solitary plus to stick on the end – some kind of moderate compromise on financial services, which manages to ease the concerns of several member states about access to London and offer May something to sell back home. It'll be devastating and self-harming to sabotage Britain's trading prospects with such a deal, but that is the direction of travel.

Today's speech was probably the last chance to change course, no matter how unlikely that was to happen. The fact she chose not to suggests that is now our final destination. It is not a good one. The next months will be very rough.