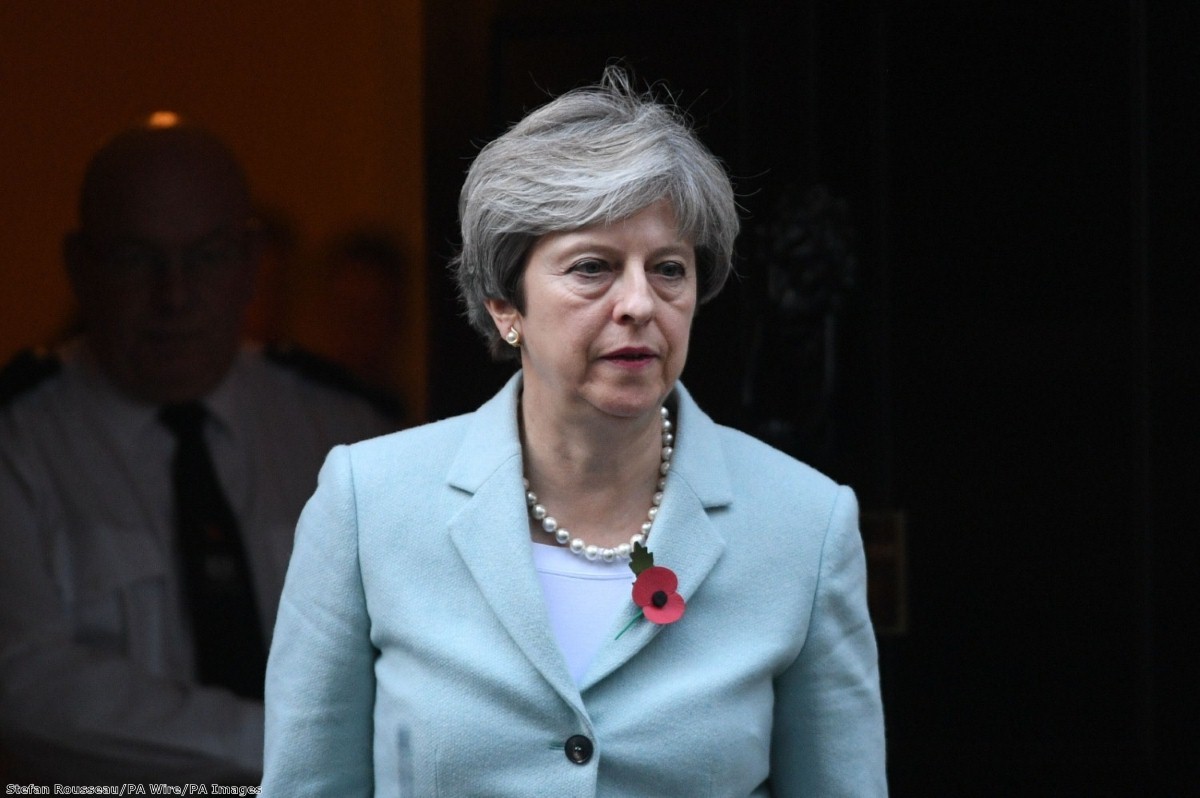 Week in Review: May traps Britain and calls it freedom

It's worth noting May's instinctive reaction to trouble: she retreats quickly to her Brexit support base. Today is a case in point. She lost two ministers within a week – it's now seemingly a Wednesday evening tradition for a Cabinet secretary to step down. So on Friday she came out with her big new idea to keep the government together: writing the Brexit date into law.

An amendment is going to added to the withdrawal bill explicitly stating that the terms come into force "before, after or at 11.00 p.m. on 29 March 2019". This is, of course, profoundly stupid. According to European law, we leave two years after the Article 50 notification. No-one but the government can stop that and the government is not going to stop that, so putting it in a bill makes no difference. If there was another government which did want to stop it, it would anyway need to repeal the withdrawal bill in order to do that, so putting this line in there is irrelevant.

Today @theresa_may writes in @Telegraph that we will be leaving the EU on 29th March 2019 at 11pm GMT reaffirming our determination to deliver on the democratic will of the British people https://t.co/MlfYCofuMU

But if only we were still in the days when governments did things which were merely stupid. This is much worse than that. It is self-harming. All this measure does is restrict our own negotiating team's room to manoeuvre. The Europeans must be watching us in disbelief. It is like a gunman walking out for a duel, only to watch his opponent shoot his own limbs off one by one.

The ability to petition for an extension of Article 50 is in the interest of the smaller party. The larger party – the EU – will retain its legal and trading arrangements the day after Brexit in the same form they were in the day before. But we do not. Therefore it is perfectly likely that we will need some kind of extension. Maybe trading talks are still ongoing. Maybe the voting in the European parliament to authorise the agreement is taking longer than usual.

Or maybe it'll be something smaller and shorter. We currently have no customs checkpoints with France for agricultural goods. Until they are built, they cannot be sent to the continent, where most of our food exports go. It is easy to imagine a scenario in which the French had not finished constructing those checkpoints and needed more time. We would want to grant that time to protect British farmers. And now we have made it harder for us to do so.

There are countless tiny little bits of our regulatory infrastructure that need to be taken care of ahead of Brexit day or they balloon into massive problems. Our passenger data sharing arrangement with the US comes under EU rules, for instance. If that's not transferred over, no flights can take off from the UK to America. There are countless thousands of problems like this, little legal bits and pieces with big ramifications which can slip under the radar and might only be noticed at the last minute.

We might need to extend Article 50 for a long time to continue trade talks. This is very likely. Or we might just need to extend it for two or three days, or a couple of weeks, to give us some maneuverability as we try to get a massive load of regulatory and trading systems into place for the deadline. What May and David Davis have just done makes that much harder.

This is lunacy. There is no conceivable argument for it being in the national interest. It is the kind of demand we would expect from our negotiating partner to put us on the spot, not one we would inflict on ourselves. We've turned into a nation of sado-masochists.

This is a ghastly spectacle of political hysteria and self-interest. The Brexiters in the Conservative parliamentary party don't seem to be responding to reason at all anymore. Their only interest is in the perpetual proof of faith-like commitment to an impossible national dream. And they have taken the leadership hostage.

Look how they hold a gun to its head. Once Priti Patel stepped down, Iain Duncan Smith spent the day touring TV studios telling May she had to appoint another hard Brexiter to replace her. Not someone who understood or cared about international development, of course. It was completely irrelevant that the new international development secretary had this quality. They just had to really, really believe in Brexit.

May, as ever, submitted to the Brexiter demands and installed Penny Mordaunt. She is thought of particularly highly by the Brexiters because during the campaign she was prepared to lie – or, if you are being generous, commit to a systematic act of aggressive sophistry – by claiming that Turkey was about to join the EU and that Britain had no veto to stop it.

This did not ruin her career. Quite the opposite. The fact she was prepared to bend objective reality to the goal of Brexit helped propel her to where she is now. It is a kind of initiation ritual for ministerial office in Brexit Britain.

It is this line of thought that gets us to where we are now. A Cabinet selected on the basis of its religious adherence rather than its competence and a prime minister actively sabotaging the national interest to prove her worth to a cabal of lunatics in the parliamentary party.