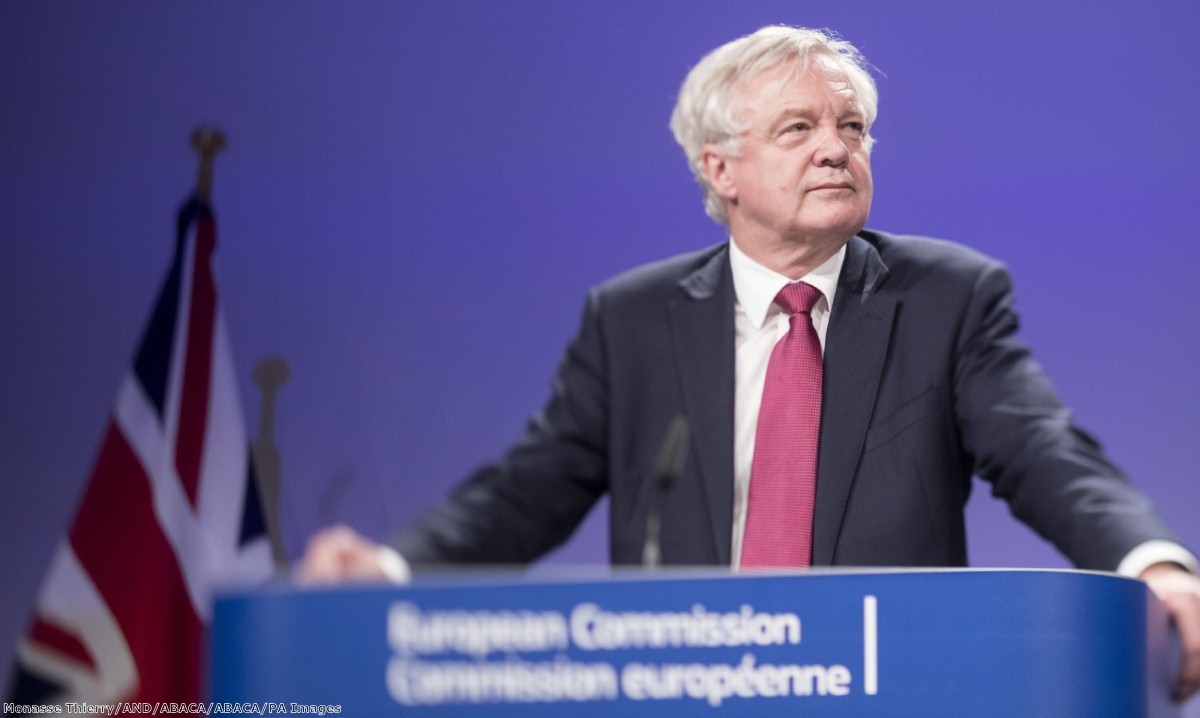 The debate on transition is like one of those pubs that looks lovely from far away, but gradually reveals how dirty it is on closer inspection. From a distance, it seems like maybe there's finally some realism entering the Brexit debate. But dig in and it's the same old nonsense.

It has been clear since the referendum that a transition period was required. There was simply too much work for it all to be completed in the two years offered by Article 50.

This argument was rejected by Brexiters as some sort of Remainer trap. But reality did not bend to their mania. Gradually there is a dawning realisation across the spectrum that some sort of transition is required.

There are three types of transition available: continuity, off-the-shelf and bespoke.

Continuity transition would keep everything exactly as is, past Brexit day, until the trade deal is signed. We'd still have free movement and European Court of Justice jurisdiction and frictionless trade and European regulatory oversight and all of that. We'd have everything exactly as is. We could either do this by extending these arrangements after the end of Article 50 or by extending Article 50 until we had arranged the future trade deal.

An off-the-shelf transition means we'd sign up to the European Free Trade Association (Efta) and through that stay in the European Economic Area (EEA), alongside Norway and the others. This would mean we accept free movement, although we'd leave the European Court of Justice for the Efta court, which is heavily connected to it, but not entirely submissive.

We call it off-the-shelf, but it isn't really. The EEA is not a member of the customs union, so this alone would not provide frictionless trade. We'd need to organise that, which could be quite complicated. It also does not include supervision from the EU's financial authorities, so we'd need to sort that too. And we'd need to make sure none of the Efta members veto our membership. We have treated them as some sort of losers club we might use as a back-up, so one could forgive them for being less-than enamoured by our presence. All of this is potentially doable in the time frame available, depending on how quickly we can sort out the divorce elements of the Brexit negotiation.

A bespoke transition is the least realistic of the three options and therefore obviously the government's favoured policy. It demands that we negotiate some sort of specific deal to cover the transition period – presumably one which got rid of free movement and European Court of Justice jurisdiction while maintaining frictionless trade, as per Theresa May's red lines. This option isn't possible. There isn't enough time to do it. It basically sets as a condition of the transition the demand that it has the same qualities as the final state, which makes absolutely no sense. It also requires that Europe negotiates twice, which it won't be willing to do, and that businesses go through massive upheaval on two occasions rather than one.

The debate in the UK barely even mentions these options and when it does, it skates over the complexities they would entail. When we talk about the EEA, for instance, we hardly ever point out that it alone is not enough – this option still needs lots of work. We also mix up two things – transition and negotiation. There's no point moving to a new system unless you know what that new system actually is. This type of point is so simple a child would grasp it, but it appears beyond the comprehension of most of our secretaries of state.

When we discuss these matters we do so according to a UK electoral timescale, insisting that it's completed before the next general election. But there is no guarantee that that is enough time for trade talks of this complexity. Finally, we talk as if the transition is ours to decide, when in fact the EU has a rather significant role in the whole thing. We're still living in a hermetically-sealed political fantasy land.

But the real danger, the real gaping hole in the debate, is the one we come across over and over again. We don't know what we want. The Brexiters have had over a year now to put forward a plan for Britain outside the EU, but all we hear from them is squealing about the will of the people. We must give up any hope of them ever having a coherent programme to offer or anything of substance to add to the debate.

The Cabinet has no settled view on anything. As one trade expert told me earlier this week: "Depending on who is on holiday, the message is substantially different." Brexit minister Steve Baker is against an EEA transition, Philip Hammond it for one, Liam Fox is against one, Amber Rudd is for one. They are a shambles. At the top is Theresa May, who is walking in Efta member state Switzerland for three weeks, seemingly impervious to the fact that there is some rather substantial work to be done back home. But in reality it makes no difference where she is, because she has no authority to go with her job title. She can't enforce a line. And even if she could it is not clear she would be intellectually capable of formulating one. She spent a year after the referendum sabotaging her own strategic interests and ignoring these types of warnings. She is either uninterested in, or unable to comprehend, the details of this endeavour.

So there we are, a country with no-one at its head, wandering off a cliff, while patting itself on the back. It is a national embarrassment. Those who created this state of affairs will be ridiculed for years for what they have done.