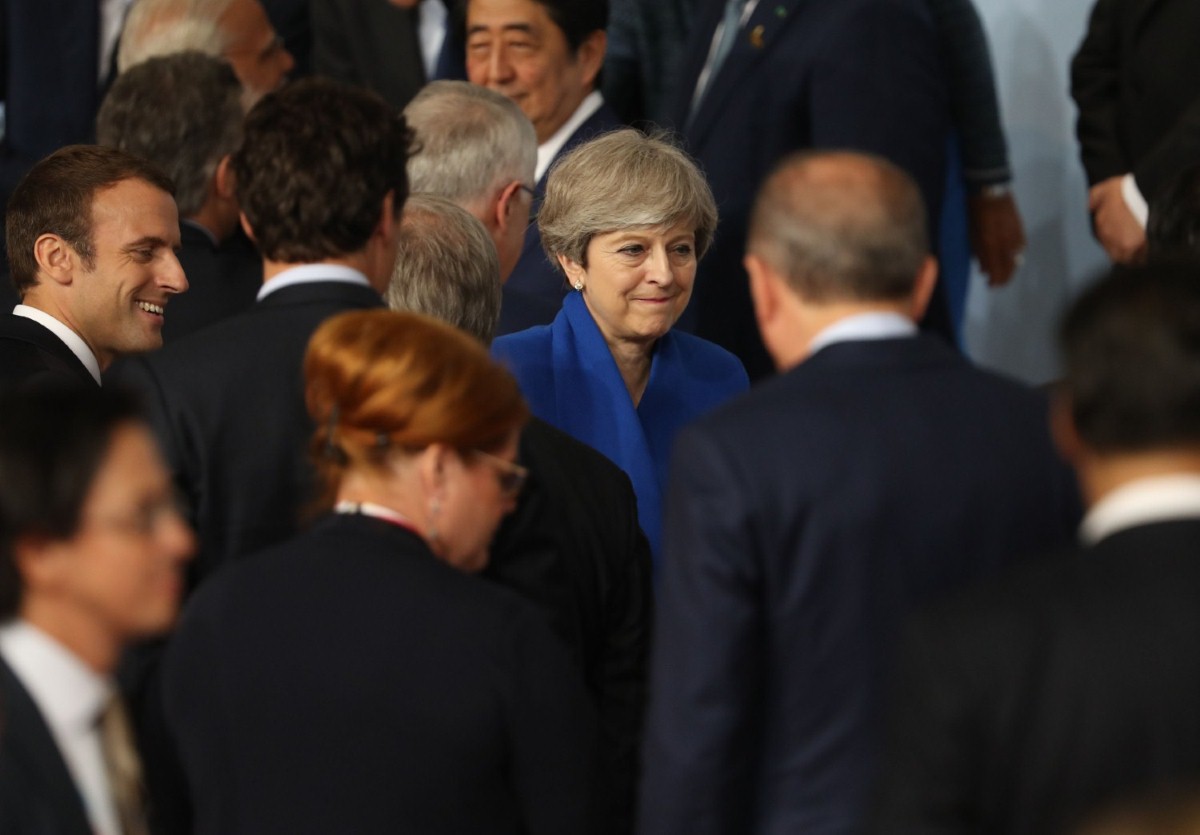 Week in Review: Brexit debate moves on, but May is stuck in the past

One of the most beneficial aspects of the election is that a degree of realism has been injected into the Brexit debate. A no-deal outcome, which was for a while there starting to look like the most likely one, has now been all-but ruled out, even if Brexit ministers still pay lip service to it. It's also understood pretty much across the board that any comprehensive free trade agreement with the EU will take a lot longer than the two years of Article 50 – especially once you lose the first three months to a pointless election and the final six to votes in Westminster and Brussels.

That's the context in which the Confederation of British Industry (CBI) made its move yesterday. Director-general Carolyn Fairbairn suggested that a transitional deal keeping the UK in the single market and customs union should be agreed early on and stay in place until a new arrangement with the EU is "in force".

This makes total sense. Businesses are suffering from the lack of certainty over negotiations. They know the final deal won't be done by March 2019. So they ultimately face two wrenching moments of change: one when the UK goes from EU membership to the transitional arrangement, and another when they go from the transitional arrangement to the final deal. And that's the best case scenario. If Britain changes its mind, or talks fall apart, it could be more severe. Many firms say they need more certainty by October, or they'll give up and start pulling out.

Most ministerial thinking about transition is full of demands for what it would entail and a limitation on how long it would last. One minister is apparently floating a 'two plus two' plan – two years of Article 50 followed by two years of transition. This is actually more damaging. The full deal is very unlikely to be finalised in two years. Canada's deal, which was predominantly on goods rather than services (much easier to negotiate) and broadly without hostile political overtones, took seven when you factor in the ratification process. So in reality this would mean three negotiations – one before transition, one for the second transition, and another for the final deal.

It is also extremely naive. You can't ask the EU to negotiate a transitional deal, for instance with a UK opt-out on free movement, and then ask it to negotiate a final deal. It's just not realistic. For transition to work it must be as close to our current situation as possible.

The best way to do transition is to change as little as possible. All Britain's responsibilities remain – including freedom of movement, paying into the EU budget and European Court of Justice (ECJ) jurisdiction – but so do its rights, meaning we wouldn't have to quickly try to set up an entire regulatory landscape out of nothing or replicate countless third party international agreements to an impossible timetable. You essentially keep everything as is until the final deal is sorted.

The main obstacle to this consists of Brexit headbangers in the UK, but the EU itself could come a strong second. It's official position paper says: "Any such transitional arrangements must be clearly defined, limited in time, and subject to effective enforcement mechanisms."

There's a reason they are quite bullish on it. The cliff-edge is more damaging to Britain than the EU, so to grant the gift of indefinite transition relieves pressure on the British negotiating team and reduces the EU's leverage. However, this is not yet a dead end. If the British team accept full EU responsibility during the period it would satisfy the first and third of those three requirements – clear definition and effective enforcement mechanisms through the ECJ. Plus it's worth remembering that while the cliff edge is worse for us than them, it isn't great for them either. A decent UK negotiating team should be able to secure this. Still, they won't be able to do it early. We can't talk transition until the divorce has been agreed, which will be by autumn, at the very earliest.

What's really encouraging about the CBI suggestion is the enthusiasm with which Labour seems to have embraced it. Shadow Brexit secretary Keir Starmer said:

"Labour agree that we need an early commitment to ensure strong transitional arrangements, and that these should be on similar terms to those we currently enjoy. Without that commitment, and without a bridge to new trading arrangements with the EU, there will be growing uncertainty for businesses and investment decisions will be delayed."

Labour had already signed up to a transition in principle. The manifesto read:

"We will reject 'no deal' as a viable option and if needs be negotiate transitional arrangements to avoid a 'cliff-edge' for the UK economy."

But there is a significantly more bullish and open tone here. The emphasis on "strong" transitional arrangements is particularly encouraging, as is the recognition that it is in the UK's interest for these to be "on similar terms to those we currently enjoy". Labour is supporting a transition which is as close to the current arrangement as possible and lasts until a future free trade deal comes into force. It clearly intends to push the government into accepting this as well. There are more than enough sympathetic Tory MPs to win that kind of vote in the Commons.

It's not the ideal scenario. It doesn't make single market membership indefinite or try to reverse Brexit or anything like that. It is still ultimately hard Brexit, even if it is much more sensibly pursued.

But there are big gains for critics of Brexit. Most importantly, it prevents a really catastrophic hit to the British economy. And it does something else too. It greatly expands the time in which Britain could change course. Who knows where the debate will be in 2021? It could very well be winnable by then. We would be out the EU, sure, but nothing practical would have changed. This pathway opens a range of possibilities, even if Brexit can't be stopped before March 2019.

Sometime while all this was going on, a reporter bothered to ask Theresa May about what she thought. It turns out she doesn't really do much thinking.

The prime minister was clearly on the same setting as she was during the election – nodding pointlessly, starting each answer with a restatement of things everyone knows to be true, proving incapable of intellectual or emotional engagement, issuing lame platitudes, insisting on things so stupid she must surely know they are false. An empty shell of a politician, functioning on autopilot.

"What I want to do is negotiate a new comprehensive free trade agreement with the European Union," she said, "to have that negotiated within that two year timescale the treaty has set, and then as part of the ongoing relationship, of course we'll have an implementation period when that is put into place."

It's amazing to hear her still saying this stuff – still, for instance, pretending you can sort a full comprehensive trade agreement in two years, including ratification. The debate moves on but she stays there, like a crumbling statue, incapable of change, slowly falling apart. Has there ever been a more plainly irrelevant prime minister ? It is an embarrassing spectacle. One would pity her were it not for the damage she continues to do to this country's prospects and reputation.

Mercifully, the full mania of the last year has eroded slightly and the political debate is moving on without her. It would be better if she caught up, but the numbers are there in the Commons to force her to adopt it.