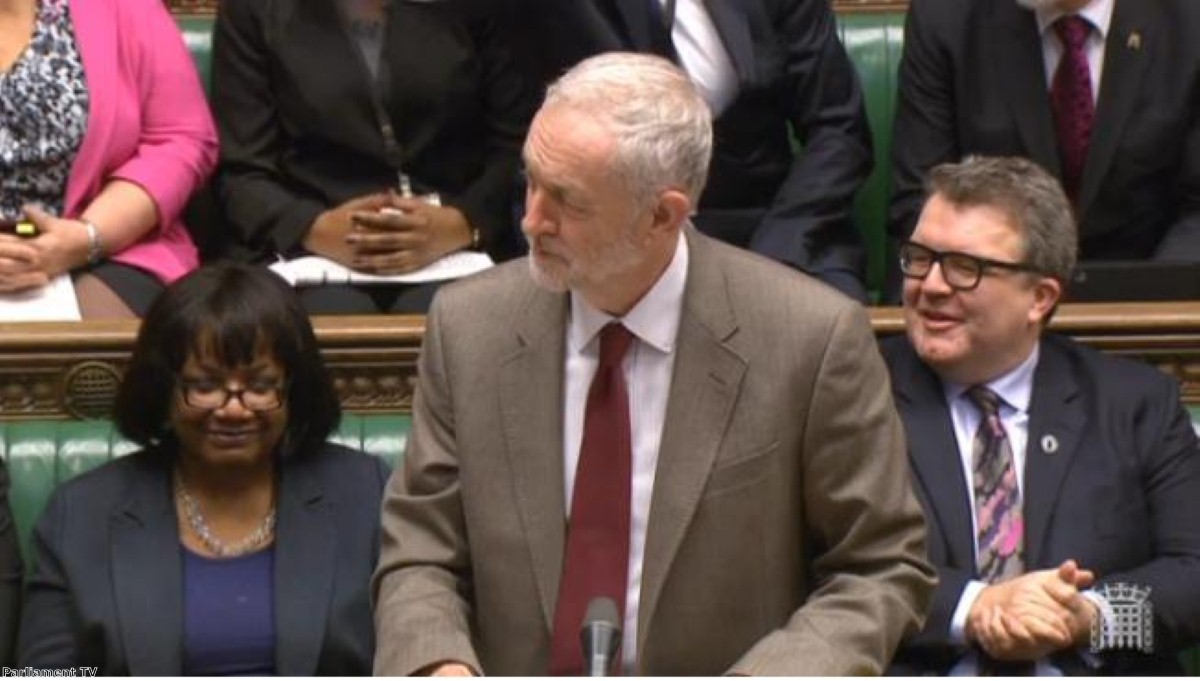 Labour’s Brexit civil war has turned into an insurgency

One of the reasons Labour performed strongly in the general election was the surge in support in Remain areas and among the young, so it's ironic that this has allowed Jeremy Corbyn to consolidate his control of the party and enforce hard Brexit. He flexed his newfound muscles last night by sacking three ministers who backed an amendment on staying in the single market.

Shadow Brexit secretary Keir Starmer, who for many months was gradually retreating on his demands for single market membership, has now effectively accepted defeat and adopted the hard Brexit position of Jeremy Corbyn. This seems all but inevitable really. Even during the election campaign it was almost impossible to figure out if he still believed in trying to remain a member. By the time Corbyn secured his surprisingly strong result, the game was up.

Last week, dozens of Labour MPs, MEPs and peers launched a group opposing hard Brexit outside the single market and the customs union. Starmer was apparently livid. He responded by accusing them of disloyalty against the leadership and lacking ambition. He demanded they cease and desist from all such initiatives. Outside of this moment of anger, the former lawyer is said to be almost entirely technocratic in his approach, constantly trying to think of ways of replicating the single market outside of it, for instance by creating British bodies to guarantee equivalence with European standards.

This, by the way, would be profoundy emasculating and pointless, forcing the UK to abide by laws that it has absolutely no say in formulating. If EEA membership is democracy by fax, this would be democracy by baton. But more importantly, it suggests Starmer's fine legal mind has now been put to work entirely in the service of Corbyn's hard Brexit position. There is no tug-of-war on the Labour frontbench over Brexit anymore.

Now Corbyn is moving to enforce total control of the party. In February, 52 Labour MPs voted against triggering Article 50. There was some question about what would happen to them. Corbyn held a meeting with chief whip Nick Brown to figure out what to do. In the end, he merely sanctioned them, sending out a warning about their future conduct, rather than sacking them.

It was not what he did yesterday.

It is illiterate nonsense. The single market and customs union effectively enmesh the standards and systems of their members so that they become, for trading purposes, the same country. There is no free trade deal on earth which comes anywhere close to matching it. And even if there was, Europe has already made clear any deal outside the single market must be worse than one within it – or what's the point of being a member in the first place?

The jobs-first priority is welcome, but because no 'exact same benefits' solution is possible, it is inevitable that there will be very considerable job losses from a hard Brexit, particularly in manufacturing and agriculture – exactly the working class sectors Labour is supposedly meant to represent. We should also expect severe losses in financial services, IT and communications, and transport.

Forty-nine Labour MPs refused to be fooled by Corbyn's child daycare amendment and instead backed the single market one, including four frontbenchers: Andy Slaughter, Ruth Cadbury, Catherine West and Daniel Zeichner. This time there was zero tolerance. Newly emboldened from the election result, Corbyn sacked the first three, while Zeichner – knowing what was coming – resigned.

So opposing a hard Brexit now gets you sacked from Labour's frontbench. Is that what young people voted for? https://t.co/gzlb8iSy0X

It is frustrating to see principled politicians of their calibre go. Andy Slaughter, in particular, has been valiantly defending migrant rights for his entire career, through constituency case work, parliamentary rearguard actions and protests. He was shadow justice minister when Chris Grayling was justice secretary and day after day he challenged the appalling reactionary dimwittedness of the government. He is the type of progressive politician any socialist leader should be proud to have on their team. Corbyn has sacked him so he can support the right of the Conservative party on hard Brexit.

This vote likely marks the end of the pre-election stage of the Brexit debate, where opposition rested largely on internal challenges within the parties. The game now being played is about cross-party parliamentary support. Yesterday's Umunna amendment was, more than anything, about putting down a flag showing cross-party alliances were possible. The 49 Labour MPs were joined by 34 SNP MPs, 12 Lib Dems, four Plaid MPs, one Green and one independent. There was no Tory support, despite there being sympathy in the parliamentary party for this proposition, because it's a Queen's Speech amendment. Once a vote cannot be interpreted as a blockage to the Tory ability to form a government, criticial MPs are likely to be more amenable to opposing hard Brexit. Those Labour frontbenchers who were sacked paid the price, but they showed Tory MPs that a cross-party alliance exists against hard Brexit, waiting for them to join.

There is a great irony to this parliament. Just over a year ago, the Brexit referendum returned a Leave vote after a campaign based on the notion of parliamentary sovereignty. Then Theresa May tried to use Brexit to expand her executive power only to see it blow up in her face and return a hung parliament. And now parliament really is sovereign, in the way that counts: every MP has just become hugely important. The razor tight victories we're already seeing, even at Queen's Speech stage, show just how crucial every vote will be

That means Brexit rebels in every party have a crucial role when Brexit legislation hits the Commons after the summer. It is no longer about them taking on their own leadership. It is about the centre of the Labour and Conservative party taking on both their leaderships, who are at this stage basically following the same policy. What was before a series of simultaneous internal party civil wars is now a parliamentary insurgency.

There is a majority in parliament for single market and customs union membership. The extent to which the insurgency succeeds depends on whether MPs from different parties can work together to secure it.