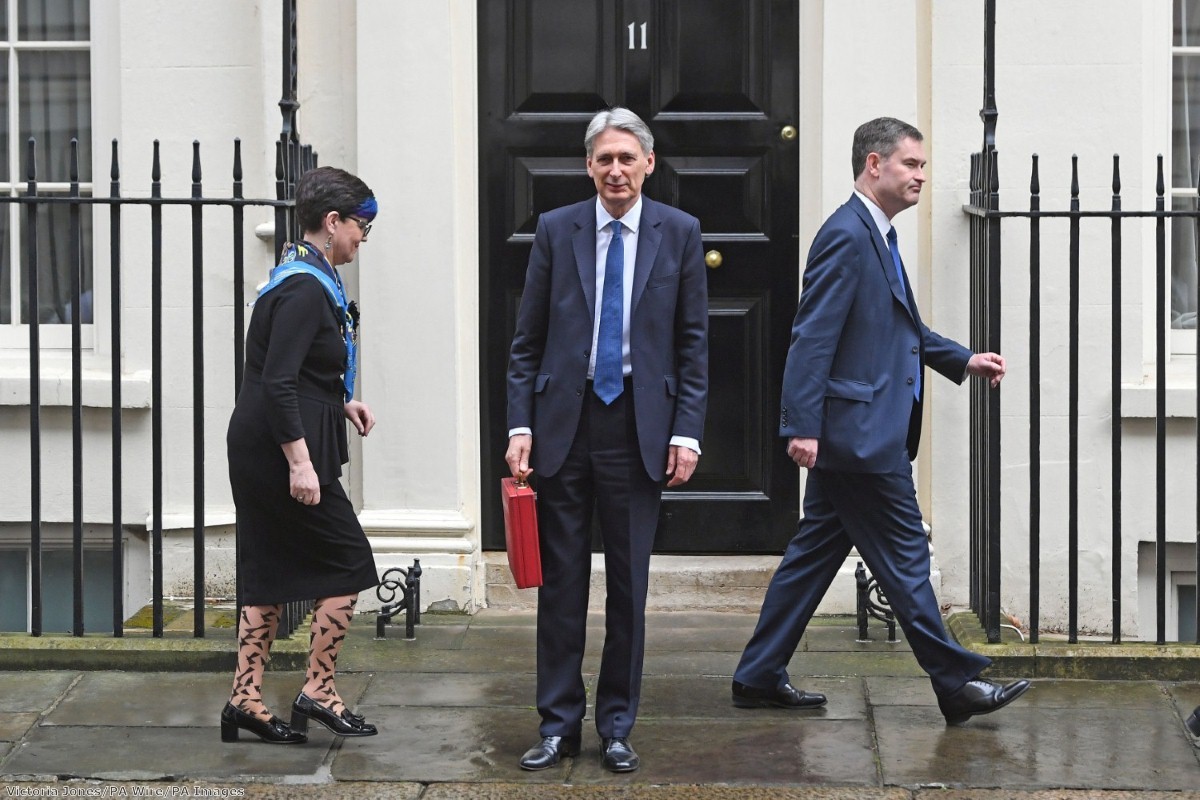 We know the government doesn't like people objecting to its Brexit plan. Lord Hesseltine went against Theresa May on an Article 50 bill amendment last night and she promptly sacked him from five government advisory roles. David Davis is said to ask trade representatives to leave after five minutes if they do not go into meetings with him enthusing about the "opportunities" of leaving the EU.

But even in these cases they at least admit that it is happening. The Spring Budget unveiled by chancellor Phillip Hammond today was like a note from a never-never land where Brexit simply doesn't exist. You would never know we are about to start the most complex, protracted and economically important negotiations this country has faced since the war.

There had been whispers about a £60 billion Brexit buffer, where Hammond would squirrel away some cash in case things went badly wrong in Brussels, but there was no mention of that here. The Treasury puts this down to erroneous press reports which inflated an extra £26 billion available due to projected reductions in fiscal borrowing over the parliament. They say no decision has been reached on how that money would be spent, except that it'll be useful for any storm, irrespective of Brexit.

In fact, there is not a single use of the word 'Brexit' in the entire Spring Budget.

References to the fact we are leaving the EU are cursory and rare. It's mentioned in the opening paragraph…

"As the UK begins the formal process of exiting the European Union, the Spring Budget puts economic stability first."

…and then largely forgotten about, except to occasionally insist that the UK goes into negotiations "from [a] position of strength".

Once or twice, the huge uncertainty of Brexit emerges out of nowhere, as if the chancellor had just remembered it. "In the longer term, the economy will adjust to new relationships with the EU and the rest of the world," the document says, rather meaninglessly. Later it adds:

"In producing the forecast, the Office of Budget Responsibility (OBR) has not attempted to predict the precise outcome of negotiations, nor the breadth and depth of new relationships that may be negotiated bilaterally with the EU or other trading partners. Instead, its assumptions on the effects of leaving the EU on trade, unchanged from those which underpinned the Autumn Statement 2016 forecast, are in line with a range of external studies."

Then, almost as a joke: "The OBR notes that there is a higher than usual degree of uncertainty in this forecast."

Indeed they do. The footnote to table B6, which documents the OBR's assessment of total managed expenditure, reads:

"As we do not have sufficient detail about the government's negotiation preferences, or the chances of achieving them, we are not able to forecast how spending will be affected after the UK leaves the EU."

So the only real references we get are to the level of uncertainty about the government's plan and what its likely outcome will be. Very reassuring.

The more of the Spring Budget you read, the more deafening the silence about Brexit becomes. But there are moments where the negative repercussions of this policy are finally alluded to.

"The OBR continues to judge that growth will moderate during 2017, largely due to a slowdown in consumer demand growth as rising inflation, resulting from sterling's depreciation, weighs on real incomes."

Quite what triggered this depreciation of sterling is not mentioned.

So finally a grudging mention that this decline in business investment might just have something to do with the huge, unprecedented change to our economy that we're about to make. And that's it. That's as much information as we get: some cursory mentions, a footnote stating that no-one knows what on earth is about to happen, and a couple of reluctant references to the negative effects of the referendum vote. It's like listening to a bed-time story about princes and castles and special flying unicorns.

The strange, self-interested, hermetically-sealed national debate we have been having – one in which the interests of other countries are treated as meaningless and the concerns of critics are treated like blasphemy – seems to extend to the formal economic documents the government is publishing. The intention is presumably to reassure us. It should do the opposite.