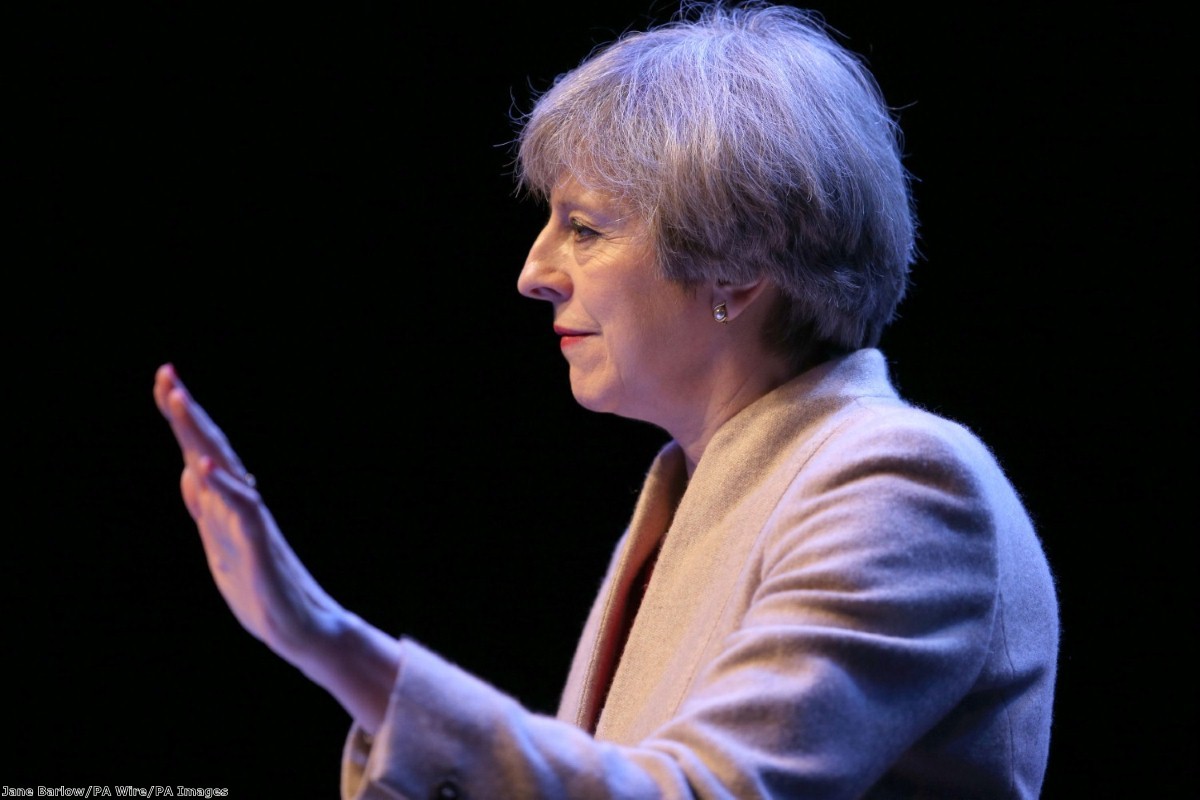 Week in Review: The Brexit age of double-think

The simplest way to work out what is going on in British politics right now is to take what a politician says, reverse it, and then assume that that's what they'll actually do. Gone are the days of misleading political statements. We are in an age of speeches dedicated to the exact thing they plan to destroy.

Last week ended with a speech by Jeremy Corbyn in which he lashed out at a Brexit strategy which would take away workers' rights and industrial standards and leave us at the mercy of US corporations in a Tory free market paradise. It would be wrong to say that it was rousing stuff, but it was at least encouraging.

Flash forward to Monday night and Labour was whipping its peers against an Article 50 amendment demanding we stay in the single market. It's a particularly poignant amendment for him to have whipped them on, because the single market is the chief guarantor of the standards he was celebrating a few nights before. It protects high standards in food, animal welfare, pharmaceuticals, chemicals, consumer safety, worker rights and countless other areas. It's when you leave the single market that a more powerful trading partner – like the US or China – can demand you hammer down those standards to make life easier for their exporters.

It was also curious because when you call Corbyn's people to ask about single market membership they like to tell you that it does not exist. No-one knows what they mean when they say this. It is a mystery. But they say it all the time to various media outlets. Which sort of raises the question: if you don't believe it exists, why whip your peers into voting against it?

Labour showed marginally more spine on Wednesday night on an amendment to protect the rights of EU nationals in the UK, including their right to stay in the country no matter what. In a bid to stave off the rebellion, home secretary Amber Rudd sent out a letter to peers before the vote.

"We owe it to those many European citizens who have contributed so much to this country to resolve this issue as soon as possible and give them the security they need to continue to contribute to this country," she wrote. In which case you might wonder why she doesn't just go ahead and do that.

Nigel Lawson voted against the amendment because he didn't want to "stir up fear" in EU residents. After all, he said, there was "no question" of their expulsion. In which case: why not guarantee their rights? Lawson was arguing against guaranteeing a status by saying that the status would not be removed. It was logical madness.

The only person prepared to speak truly and honestly on that side of the debate was Norman Tebbit. "Somehow or the other we seem to be thinking of nothing but the rights of foreigners," he said. It was refreshing in its way. Here was this relic of another way of doing things, someone who still insisted on saying what he actually thought, no matter how venal and appalling it was. Many were appalled, but it had the virtue of honesty, which is not something Rudd or Lawson could lay claim to.

Corbyn, Rudd and Lawson are mere bit parts in the story of double-think, however. They were nowhere near the heights of the art demonstrated by Theresa May on Friday morning.

At the Scottish Conservatives' spring conference she gave one of the most eloquent, well-reasoned, comprehensive, clear-sighted and passionate defences of cooperation between nations we'd heard for some time. It was, of course, dedicated to the preservation of the British Union against a second Scottish independence referendum. But the manner in which her rhetoric negated her own policies on Brexit was uncanny. In fact, it was such a blow-by-blow intellectual rejection of her entire purpose in government that there were points where it honestly seemed it might be some sort of coded cry for help – a desperate message to the country at large, shouted above the heads of her Brexit captors. Maybe Theresa was still a Remainer, held hostage in Downing Street by shadowy eurosceptic forces, and this was her only way of getting the message out. It must be true. Any other explanation would mean her hypocrisy was almost biblical in scale.

"The SNP propose Scottish independence, which would wrench Scotland out of its biggest market. They think independence is the answer to every question in every circumstance, regardless of fact and reality. It simply does not add up and we should never stop saying so…. Time and again the benefits of the Union – of doing together, collectively, what would be impossible to do apart – are clear. There is no economic case for breaking up the United Kingdom, or of loosening the ties which bind us together. The pooling and sharing of risks and resources on the basis of need across our United Kingdom is the essence of our unity as a people. All of the practical benefits which flow from our Union, and which are hallmarks of it, depend on that deep and essential community of interest which we all share. It has been shaped by geography and refined by history."

On and on it went. Line after line of very well written and well argued material which ran completely counter to everything she has done in government.

"Doublethink means the power of holding two contradictory beliefs in one's mind simultaneously, and accepting both of them," Orwell wrote in his novel 1984. The Labour and Conservative leaderships had better hope that people have that power, or else they'll look like fools.