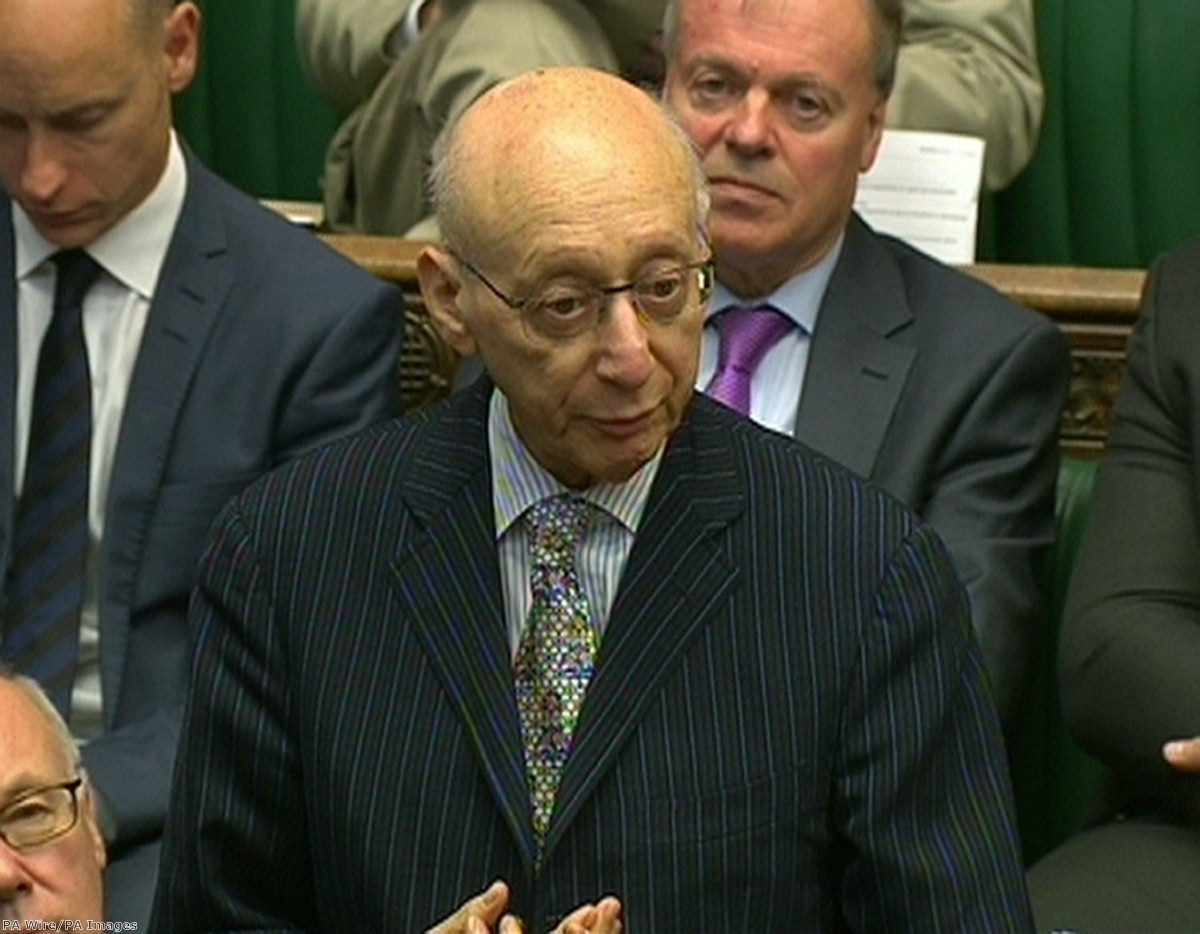 I worked for Gerald Kaufman from 1985 to 1987 when he was shadow home secretary under Neil Kinnock. He was a sometimes irascible, always inspirational, employer. In opposition, he was a master of the now-forgotten art of imprisoning government bills in Committee to secure concessions for their release through their remaining stages in the House of Commons. I saw this first-hand during the public order bill 1986, and composed the musical tribute below. It was based on a great song by his good friend Stephen Sondheim: "I'm Still Here" from Follies.

A few explanations may help.

The bill provided for new definitions of riot and other serious public disturbances. It introduced a fuzzy and wide-ranging new offence of "disorderly conduct": anything at all which might unsettle a person "of reasonable firmness." It introduced new controls on marches and demonstrations. It provided for football hooligans to be photographed, to prepare the way for identity cards for all football fans.

Marshalled by Gerald Kaufman, Labour's team in Committee moved 365 amendments to the bill and won major changes to the Bill, especially on "disorderly conduct" and police powers to stop and search.

The bill was introduced by the then Home Secretary, Douglas Hurd, but taken through Committee by his minister of state, the affable Giles Shaw. Also mentioned in the song are the heavy-smoking and almost silent Scottish solicitor-general Peter Fraser, and the Committee chairman, veteran Labour MP, Ted Leadbitter.

I've sat through them all, and my dear,

Been through the sparring,

Waiting for someone to cheer,

Moved them with passion,

Did any of them get accepted? Not this year,

I've been through a riot,

But did they have common purpose? Case dismissed, so my dear,

But try to stay reasonably firm,

Which forced even strong men to squirm,

Once someone left me

Harassed and distressed me, made me

Then a copper told him "You've been warned, now off, clear!"

Sit without speaking a word.

I've waited in vain for the home sec:

I've been on processions,

Marching for love or for peace,

Once I got busted

When nobody warned the police

In the open air:

Looked for two others –

I've been to football

Sick as a parrot with nerves,

They tried to exclude me

They took my picture,

But I grew a beard from my ear, to my ear,

And then walked right in through the turnstile:

The minister of state is so genial,

But knows when to lay down the law.

With notes from officials and minders,

He only speaks when he's Shaw.

I've seen them all, and my dear,

I've watched them fall, with a tear,

Mr Leadbitter, bring down the curtain…

It's time we're not here.

Richard Heller is an author and journalist. He was formerly chief of staff to Denis Healey. His latest book (with Peter Oborne) is White On Green celebrating the drama of Pakistan cricket.