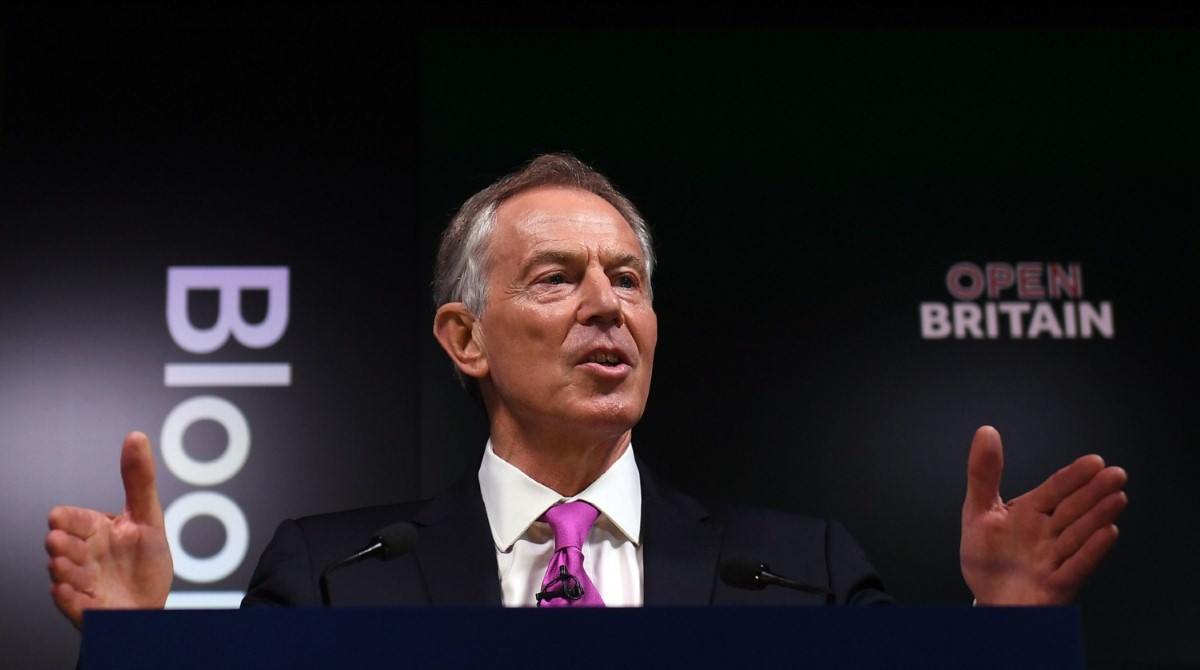 Week in Review: The Second Coming of Tony Blair

The response to Tony Blair this morning was predictable. For the right, he was here to subvert the people's will. For the left, he was too compromised by Iraq to be able to articulate the Remain argument. The former prime minister has few friends left on either side of the political divide and the instant reaction of the media to any demand that Britain think again on Brexit is to smear and insult them. It was an unhappy and hostile arena he walked into.

But once he was on stage, it became easy to forget all that. His occasional appearances remind you of how quickly the presentational standards of British politics deteriorated after he left Downing Street. Gordon Brown was Gordon Brown and had his own demons. David Cameron always felt like a pound-shop version of Blair. Theresa May is hesitant, robotic and trades in plainly meaningless language. And then Blair comes back and you remember: Oh yes, you are really very good at this.

Within the first two minutes he had made a clearer, more consistent, emotionally engaging argument against Brexit than any other figure has managed in the months since the vote. It was a rational argument, listing clearly and in simple language the damage that was about to be inflicted on the country. It was highly intelligent, while still perfectly comprehensible to anyone. It did not talk down to its audience, but nor did it alienate them. It used striking and readily understandable visual imagery. It left you in no doubt as to the speaker's position, unlike the 'constructive ambiguity' of May or the shambolic intellectual absence of Jeremy Corbyn. It did not try to sidestep difficult issues, as Cameron had on immigration during the referendum. It was the product of a speech writing team which had stress-tested arguments and role played the likely responses. It dealt with visions of Britain's role in the world in a way that felt credible and desirable, rather than dreamlike and self-interested. It was an excellent speech and probably his best since the Labour conference speech following the September 11th attacks in 2001.

None of this is easy to say. I opposed much of what Blair did in power, including, most tragically and appallingly, on Iraq, but also on civil liberties. Many of the  criticisms of him are fair. Perhaps if EU expansion had been handled more cautiously, tensions over immigration would not be so high now. Perhaps if the left had not given up on economic arguments under Blair, parts of the working class would not now be drifting off to authoritarian nationalism. Perhaps if he had not broken the bond of public trust over Iraq, people would have believed the warnings which were issued during the referendum campaign.

But these are concerns about the past, not the present. In the present, the situation is this: Expansion, left-wing intellectual failure and Iraq happened. Now Brexit is happening. We must address the threat to the left which we are seeing now, not the ones which took place decades ago.

The timetable the prime minister has set for what she is trying to do is impossible. She has promised the world but shown no signs of how she will deliver it. There is now a strong chance that talks in Europe will break down, probably sometime between spring and autumn 2018. If that happens, the cliff edge becomes real. It constitutes one of the biggest threats to British living standards this country has seen in the modern era. And what happens when that takes place? What story will people be told?

That the dastardly Europeans have tried to punish us. They are already laying the groundwork for that narrative now. Those bloody Germans. They've always resented us since we beat them in the war and now they're taking revenge. It is as stupid a story as anyone has ever told, but it will be the core emotional message of the Brexit press campaign, enthusiastically promoted by Downing Street. And what the press writes becomes part of the political mood music of the broadcasters, as if by osmosis.

Who will be telling a story to counter it? Corbyn, the human vacuum? A man who stopped thinking sometime in the 70s and hasn't noticed yet? A man content to let this process take place in the magical belief that it somehow ends in a socialist utopia? Or one of the centrist Labour figures? The so-called moderates, who seem more concerned with proving to voters that they're tough on immigration than trying to keep in check the suicidal economic policies which stem from that promise. Tim Farron has done what he can for the Lib Dems but he does not have the standing or the infrastructure. The SNP speak only for Scotland. By their own agenda, they cannot represent the country.

There will only be the Brexit message – simple, emotionally compelling and spread by a well-oiled media infrastructure. 'The foreigners screwed us.'

That's why the most important job of those who do not agree with what is happening is to work towards telling an alternate story in that crucial period. It will be a story based on facts – yes, facts still matter, as long as they are in service of a compelling emotional message. It will appeal to people's irreducible concern with the money in their pocket. Even now, in the midst of this daily hysteria, people are rational about their income and spending and they will continue to be. That is still where political debates are won and lost.

So if not Blair, then who? There is no-one. The adults have left. The former Labour leader plainly intends to create a shadow opposition, basically undertaking the media work the official opposition has chosen not to do – the hard, daily grind of refutation and argument. Someone had to do it and they had to do it now. Blair is the one prepared to face the abuse it entails. Like it or not, he just became the most important person in British politics again.