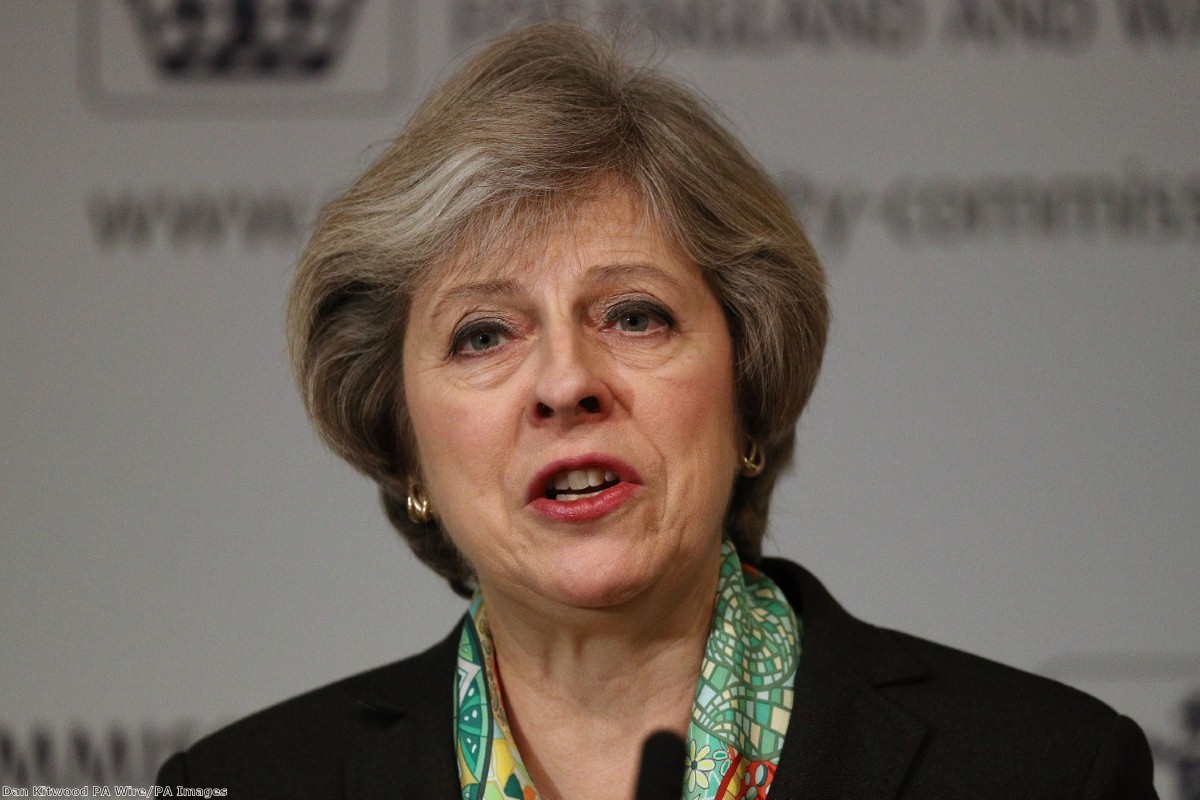 Before Brexit, nobody seemed to care a jot about what working class people thought. Now politicians and commentators are falling over themselves to speak to the people who have been "ignored" by successive governments. Perhaps this sudden concern would feel a little more genuine if those expressing it hadn't been in positions of power for years and yet failed to do anything about it.

Take Theresa May's speech yesterday. As she set out her vision of a shared society, she spoke of the "burning injustices" many people in the UK face. And she made it very clear that she was aiming her words at working class people.

"If you're from an ordinary working class family, life is much harder than many people in Westminster realise," she said. "The injustice you feel may be less obvious, but it burns inside you just the same.

It sounds good, until you remember that she has made no plans to scrap the remaining cuts to tax credits that many people still face. Surely a prime minister driven by a desire to help the low-paid would have made that a priority. In fact, I don't remember her once standing up against any of the austerity policies which made the lives of those struggling to get by, so much harder.

She also spoke yesterday about the problem of insecure work and stagnated wages. Yet, when she was recently faced with workers fighting for better conditions, rather than listen to their concerns, she simply batted them away. During the flurry of strikes before Christmas, she accused unions of having "contempt" for ordinary people. She didn't consider that any of those unions were representing the very people she says she wants to help.

She was right to raise the injustices faced by black people, women, and the poor, during her speech. But what about the injustices caused by Tory policies? The women who have been locked up at Yarl's Wood detention centre – many under May's watch. The benefit claimants who have been left to go hungry because they've been sanctioned. The people that can no longer access justice through our courts because of legal aid cuts. The single mums and their children who have been forced out of their homes and away from support networks because of the benefit cap. The list goes on and on.

The prime minister also used her speech to speak about mental health. One of the organisations she praised was Mind, the same charity which warned in 2011 that the Conservative's welfare reforms were causing widespread distress among incapacity benefit claimants that had mental health problems.

May went on to say that we must "make mental illness an everyday concern for all of us". Perhaps then we should start by turning our attention to the children who, education experts say, are showing signs of emotional distress over the hardships their parents face because of the bedroom tax.

The prime minister's plans for a shared society are all about focusing on the responsibilities we have to each other. If she wants to see this in action, she should get out into the communities that have been hit hardest by austerity. Because it is here that people are already looking out for each other and fighting to improve the lives of their friends and neighbours.

She could visit Newham in London and meet the Focus E15 mums who battle for decent housing. She could travel to Liverpool to hear about the work done by a group of people on an estate who taught themselves about the bedroom tax rules and now support and advise their neighbours who are affected by it. Or she could pop into one of the many foodbanks around the country to ask why people are forced to rely on donations of food by local people.

Perhaps the prime minister's concerns are heartfelt but you don't get to hold a senior position in government and then act as if you have nothing to do with its failings. Unless she knowledges the damage that has been done by her party's austerity policies, her words will sound like little more than empty rhetoric.