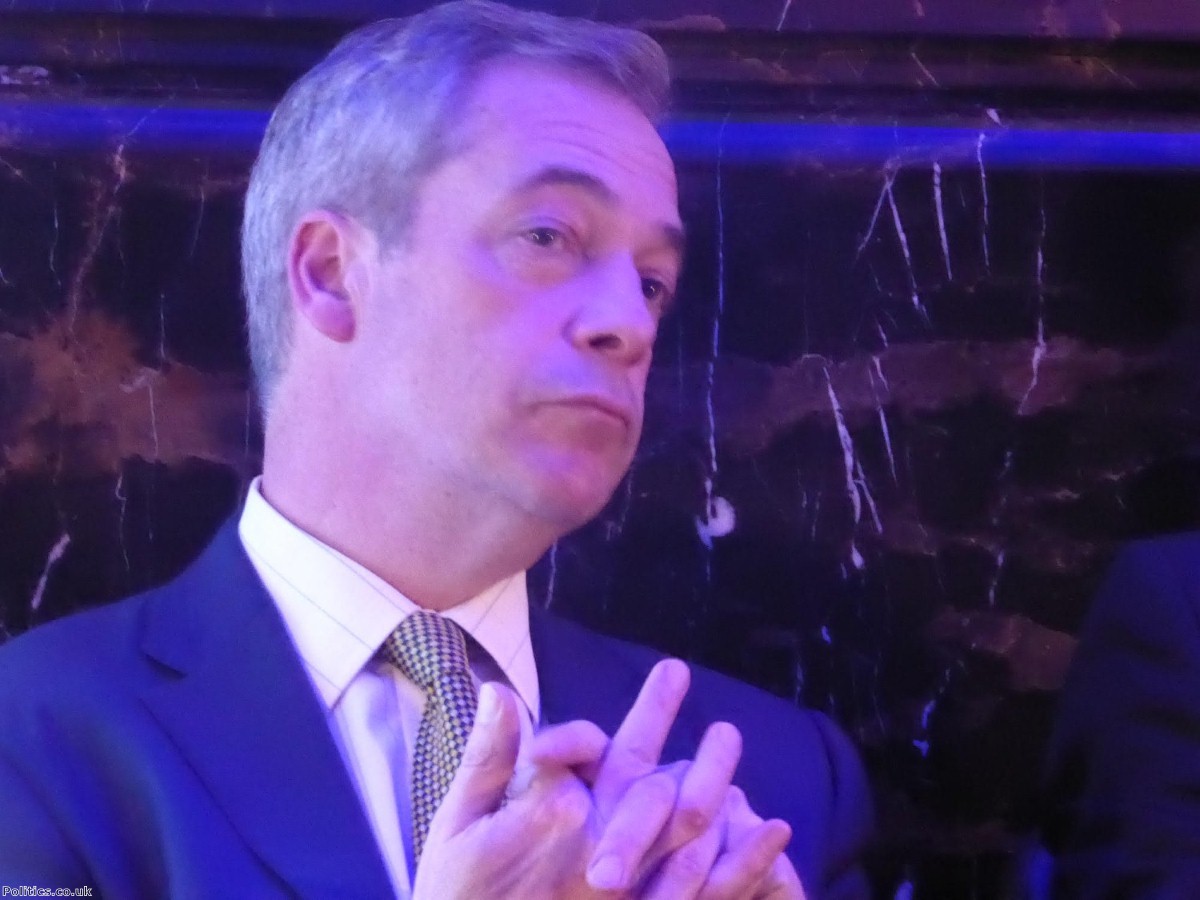 The fake patriotism of the Faragists is poisoning this country

In hugely powerful remarks that deserve quoting at length, Justice Wilkie told Mair that he had betrayed his country.

"In the true meaning of the word [Jo Cox] was a patriot," he said.

"You affect to be a patriot. The words you uttered repeatedly when you killed her give lip service to that concept. Those sentiments can be legitimate and can have resonance but in your mouth, allied to your actions, they are tainted and made toxic."

He went on: "It is clear from your internet and other researches that your inspiration is not love of country or your fellow citizens, it is an admiration for Nazism, and similar anti democratic white supremacist creeds where democracy and political persuasion are supplanted by violence towards and intimidation of opponents and those who, in whatever ways, are thought to be different and, for that reason, open to persecution.

"Our parents' generation made huge sacrifices to defeat those ideas and values in the Second World War. What you did, and your admiration for those views which informed your crime, betrays the sacrifices of that generation.

"You are no patriot. By your actions you have betrayed the quintessence of our country, its adherence to parliamentary democracy."

Wilkie was talking about the actions of just one man, but his words also sum up the forces behind the current tide of nativist politics that is spreading across the Western world.

Cox's killing, and the rise in hate crimes across the country which followed, are the result of a political environment that was deliberately stirred up by far-right and nationalist politicians.

At the front of the charge is Nigel Farage, who has devoted his entire career to spreading fears about the very same immigrants and refugees who Cox spent her career fighting to defend.

Cox was the embodiment of everything that makes this a great country. Her devotion to her constituents, her compassion for refugees and her determination to fight for a better future for Britain, are a shining example of how every one of us can make a positive difference to the world around us. Her murder, during the course of her duties, was the darkest moment of a divisive and damaging referendum campaign.

Farage, on the other hand, is the embodiment of everything that is wrong with our political culture. His own brand of politics is based on raising and exploiting our ugliest fears and prejudices. Whether it's his comments about being uncomfortable hearing foreign voices, or his unveiling of a poster depicting dozens of brown-skinned refugees with the slogan "Breaking point," Farage has repeatedly and deliberately sought to exploit fear and prejudice for his own political gain.

The murder of Cox, just one week before the EU referendum vote, was a threat to this particular approach to politics. As a result, Farage appeared keen to dismiss it. Describing Mair as "one man with serious mental health issues," he suggested that Cox's murder risked stealing "momentum" from the Leave campaign. He would later boast that the referendum campaign had been won "without a single bullet being fired".

Others around Farage were even less hesitant about revealing their thoughts. His sidekick and one-time leadership hopeful, Raheem Kassam, accused Labour MPs of using a "ouija board" to summon up Cox, accused her grieving husband of trying to exploit her death and attacked president Obama for phoning Cox's relatives to offer his condolence.

Kassam, who like Donald Trump's chief strategist Steve Bannon, works for Breitbart News, is the unrestrained id to Nigel's super-ego. He is Farage stripped of any residual charm or decency. He is the poisonous embodiment of everything that makes the Faragist movement such an unpleasant and dangerous development in British politics.

In a healthier political environment, the likes of Kassam and Farage would have long ago been exposed as the fringe charlatans they so clearly are. Far from loving this country, Farage and his hangers-on have barely concealed contempt for it. They despise the open, tolerant and multicultural society that Britain has sought to become and they are determined to reverse what progress has been made towards that aim.

Until recently, theirs seemed a futile aim, but the vote for Brexit, followed by Trump's victory in America, means that their brand of politics is now in the ascendant. Hate crime is on the up, with senior officers suggesting that reports of far-right extremism and terrorism across the UK have surged.

Meanwhile Farage, who portrays himself as the champion of "decent, ordinary people," was the guest of honour last night at a lavish victory party in London's Ritz hotel. The interim Ukip leader boasted to the room of donors, tax exiles and newspaper barons, that his movement was now on the march.

"For those that are here that aren't particularly happy with what's happened in 2016, I've got some really bad news for you – it's going to get a bloody sight worse next year," he said.

Progress is not inevitable. Rights that were long and hard fought can be easily and quickly lost. Buried prejudices can rise up from the dead. Defeated movements do not remain defeated forever.

The murder of Jo Cox was the darkest moment in recent British political history. At the very least it should require us to stop and think about the dangerous direction that our political culture is heading. If nothing else, we should think twice before joining in with celebrations for a politician who has done more for anti-immigrant and anti-refugee politics, than any other current politician in the UK.

Jo Cox was a true patriot. She loved this country, and the people who live here. But unlike some, Cox's compassion did not stop at the border. Unlike some, she loved her fellow humans regardless of whether they were born on the quiet streets of Batley, or the war-torn streets of Aleppo. Cox chose to stand up for all people, regardless of where they were born, and she paid the highest possible price for that choice.

We are committed to remembering Jo’s life & not her death. Please share this film about Jo made by her close friend https://t.co/vXpf7Xf49w

With Mair's trial now over, it's time to realise that pushing a politics of fear and resentment against immigrants is not a cost-free action. It has real and sometimes fatal consequences. As citizens of this country, we have a duty to recognise that fact and to view those who pursue such a deeply dangerous approach to politics in the manner they deserve.

As British politics heads rapidly in a more closed and nationalist direction, this principle is more important than ever. It is a principle which Jo Cox shared. It is also a principle that Farage, and those around him, will never understand.