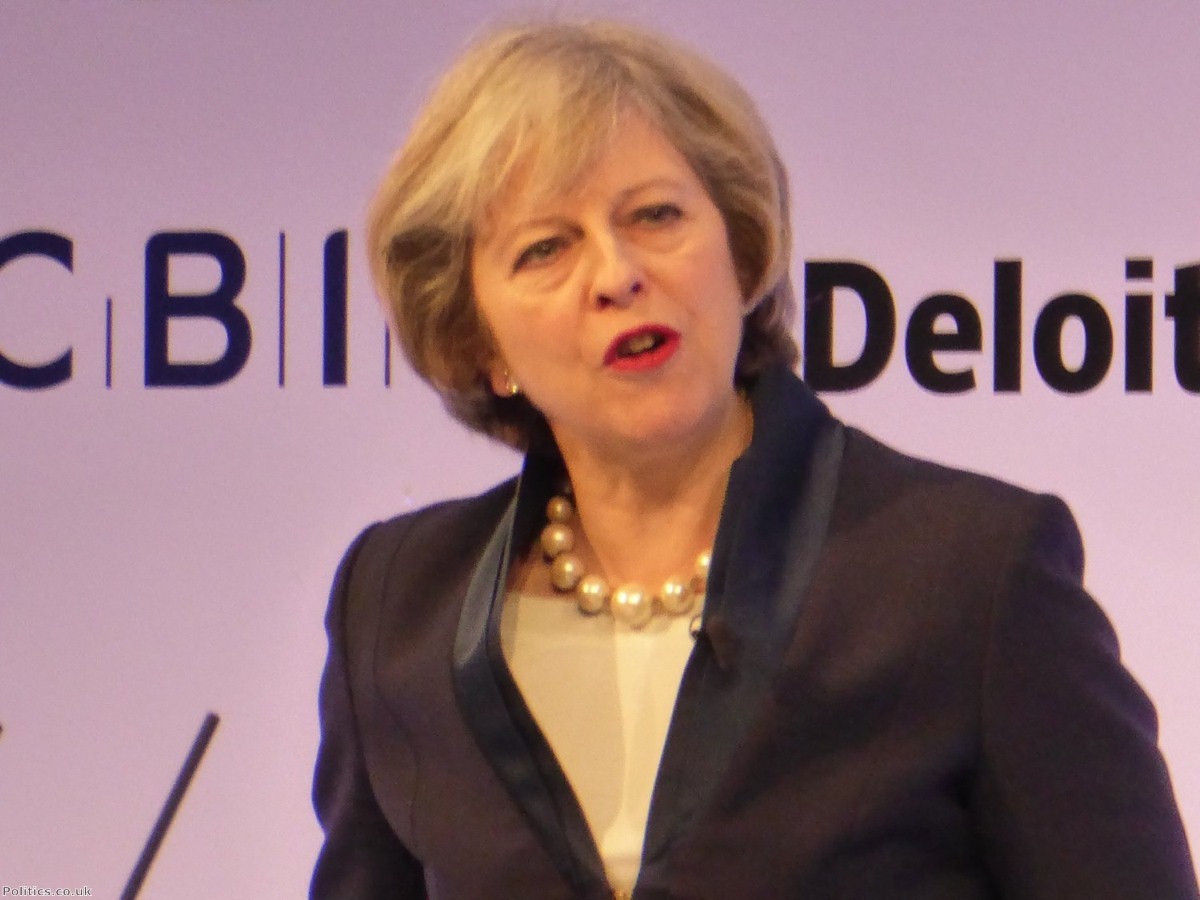 Theresa May abandons the ‘ordinary workers’ she promised to protect

When Theresa May became prime minister she stood on the steps of Downing Street and promised that she "will make Britain a country that works not for a privileged few, but for every one of us."

One of the main policies used to demonstrate this was her pledge to force companies to put workers on company boards.

"We will publish our plans to have not just consumers represented on company boards, but workers as well," she explained at the time, adding that the Conservatives were now "the party of workers".

Today May revealed that pledge to be the sham it always was.

Speaking inside a Mayfair hotel to hundreds of Britain's leading business people, May ditched her plan to give workers control over the companies they work for.

1) Theresa May speaking to the public back in July

"Let me be clear about some important points," she reassured the CBI conference.

"While it is important that the voices of workers and consumers should be represented, I can categorically tell you that this is not about mandating works councils, or the direct appointment of workers or trade union representatives on Boards."

This is not just a "watering down" of May's pledge, it is a flushing away of it altogether.

Under her new plans, companies may in future choose to put workers' representatives on their boards, but then companies were already free to do so. At most the government will encourage companies to set up complementary sub-committees for union reps, but it is clear from May's comments about "works councils" that even this will not be mandatory.

And it's not just workers who have been abandoned by May's government.

When May became prime minister she promised to lead a government that would prioritise the interests of "ordinary working class families".

"If you’re from an ordinary working class family, life is much harder than many people in Westminster realise, " she said.

"If you’re one of those families, if you’re just managing, I want to address you directly. I know you’re working around the clock, I know you’re doing your best, and I know that sometimes life can be a struggle. The government I lead will be driven not by the interests of the privileged few, but by yours."

Yet when her chancellor, Philip Hammond, stands up to deliver his autumn statement on Wednesday, it will be precisely these "ordinary families" who will be worst hit.

Hammond will announce that he plans to implement in full the £12 billion cuts to social security payments planned by his predecessor George Osborne.

Among those hit will be the disabled, who are expected to lose £30 a week to their Employment and Support Allowance.

Asked yesterday about the cut to support for some of the most vulnerable people in the country, Hammond insisted that the government had to push ahead in order to maintain Britain's economic "credibility".

Yet at the same time that Hammond stands firm on cuts to the disabled and low-income workers, May today repeated her pledge to give the UK "the lowest corporate tax rate in the G20".

Under current plans that means cutting the corporate rate from 20% to 17%. However, given that Donald Trump has announced plans to cut the US rate to 15%, then May will soon have to find even bigger cuts to welfare and other spending in order to meet her pledge.

When May first made her speech on the steps of Downing Street, it was widely reported that she had "parked her tanks on Labour's lawn".

But no matter where she chose to park her tanks, it's now clear that their guns are pointed at the very "ordinary working class people" she entered Downing Street promising to protect.