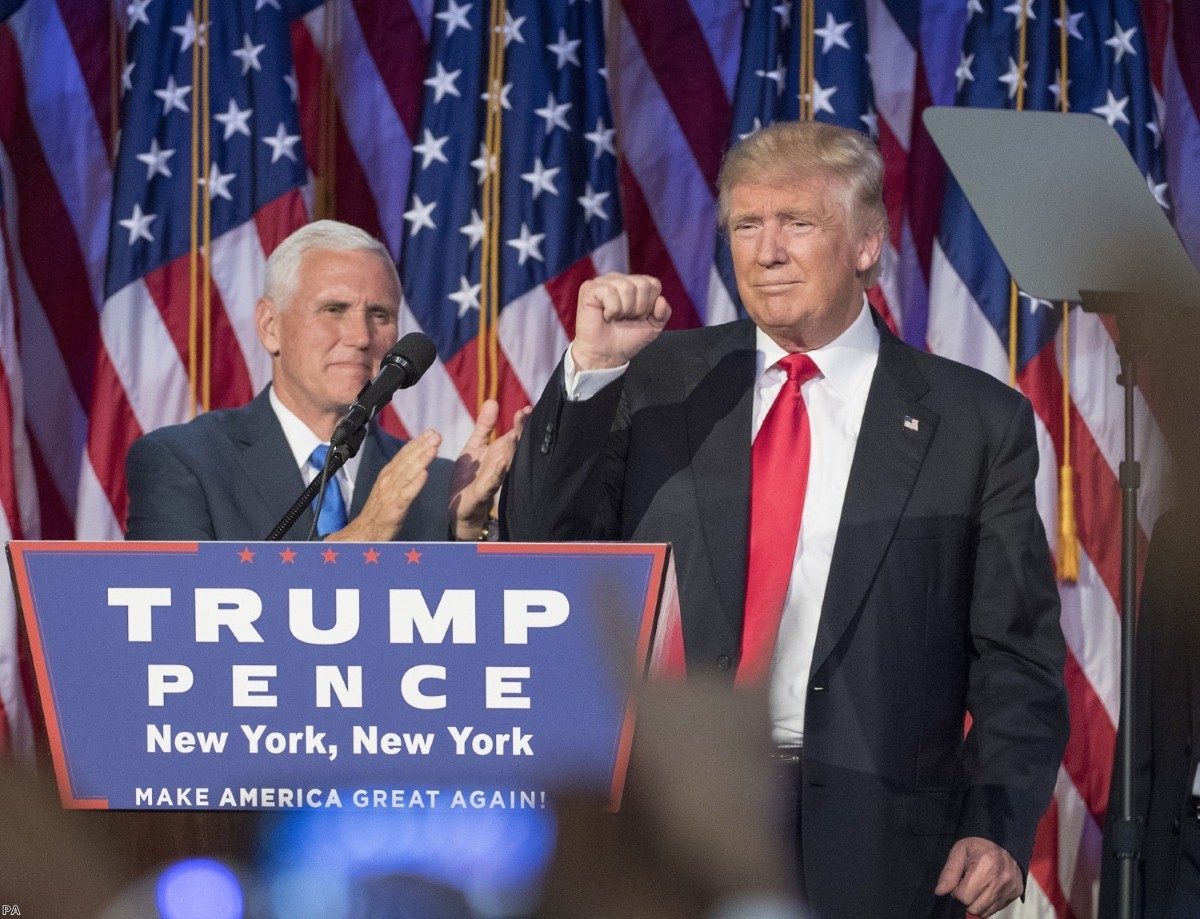 Stop deluding yourself about the nightmare that is Donald Trump

"It's not the despair Laura," says John Cleese's character in the film Clockwise as he sits, collapsed and defeated, in a country road.

"I can stand the despair. It's the hope."

Six days on from the cataclysmic result of the US election and there are still some who cling to the hope that Donald Trump will soon turn into a moderate, centre ground Republican figure.

The basis for this hope is weak at best. In recent days he has confirmed his intention to push ahead with the mass deportation of immigrants and the construction of a southern border wall. He has continued to pump out tweets attacking protesters and journalists, with one Democratic politician who dared to criticise him, facing legal threats. Yesterday he announced that Steve Bannon, a far right propagandist and champion of white supremacists, will be his chief strategist in the White House.

In short he has continued to act in exactly the same terrifying manner that he campaigned in. All of the same behaviour that rightly scared the world before his election should now rightly scare the world after it.

Yet if you tune into the BBC, or read much of the UK coverage of Trump's first few days since the election, you would assume that he is suddenly transforming into a moderate centre ground politician. The basis for this assumption appears to be little more than hope. The basic human instinct to assume that everything will be alright in the end has persuaded otherwise intelligent commentators to believe that Trump is suddenly going to emerge, butterfly-like, as a standard centrist politician.

from the BBC's coverage, you'd think white supremacist Steve Bannon was just head of the US's equivalent of ConservativeHome or something pic.twitter.com/GemTO0pZsF

The British government appears similarly deluded. A leaked memo over the weekend revealed that foreign office officials plan to "tame" Trump by exploiting his inexperience. The idea that Trump, a man who former aides say refused to engage in basic debate preparations and is apparently incapable of concentrating on even the simplest of briefings, would somehow be brought to heel by UK diplomats, would be laughable were it not so terrifying.

This British determination to blind ourselves to the harsh reality of a Trump presidency, extends apparently to the top of government. While Angela Merkel last week released a carefully worded statement urging Trump to stick to Western liberal values, our own prime minister would say only that she "looked forward" to working with him. And while other European foreign ministers agreed to meet to discuss the consequences of Trump's victory on the continent, our own foreign secretary Boris Johnson refused to attend and described the response as a "collective whinge-orama" that European leaders needed to "snap out of".

Of course, nobody is suggesting that Britain should refuse to deal with Trump at all. Whatever the clear and present dangers of having Trump in the White House, the rest of the world has to deal with the fact that he is. The UK and US will continue to have shared global interests that will need to be worked on, with or without the professional input of Nigel Farage.

But the benefits of being hand-in-hand with Trump are getting increasingly difficult to spot. His close relationship with Russia, his coolness on Nato, his protectionist trade policies and his dismissal of climate change, all make it incredibly difficult to spot where the British interest in being close to him lies.

At the very least, Britain should be incredibly careful about attaching itself to a president who, at least based on the conduct of his campaign, has all the tendencies of a fascist strongman.

Of course, we don't yet know exactly what Trump will do as president. It may be that he does't ban all Muslims from entering the US, or deport millions of Americans based on their parents' immigration status, or punish women for having abortions, or lock up Hillary Clinton and his other political opponents. It may well be that he does none of the things he promised Americans he would do just a few days ago. But to assume that he won't, simply out of some desperate hope, is an incredibly foolish way to proceed.

Yesterday morning, Andrew Marr told his studio guests that "we mustn’t talk ourselves into total gloom," over Trump. Yet looked at objectively, it is hard to come up with any good reasons not to. The US has just elected an outright racist, misogynist and possible fascist, to become the most powerful man on the planet. On all of the major issues affecting the UK, he is diametrically opposed to our own interests, while his election, on a wave of populist nationalism, threatens a domino effect across our own continent.

Facing up to these facts and dealing with them is vital if the UK is going to prosper in this new world. Simply hoping upon hope that everything will be okay will only serve to put us in a weaker position than we already are.

Despair is a rational reaction to the events of the past week. Despair can be coped with, analysed and dealt with. Blind hope, on the other hand, cannot. It's time to give up the hope that Trump is anything other than the nightmare he appears to be. The sooner we all realise that fact, the better.