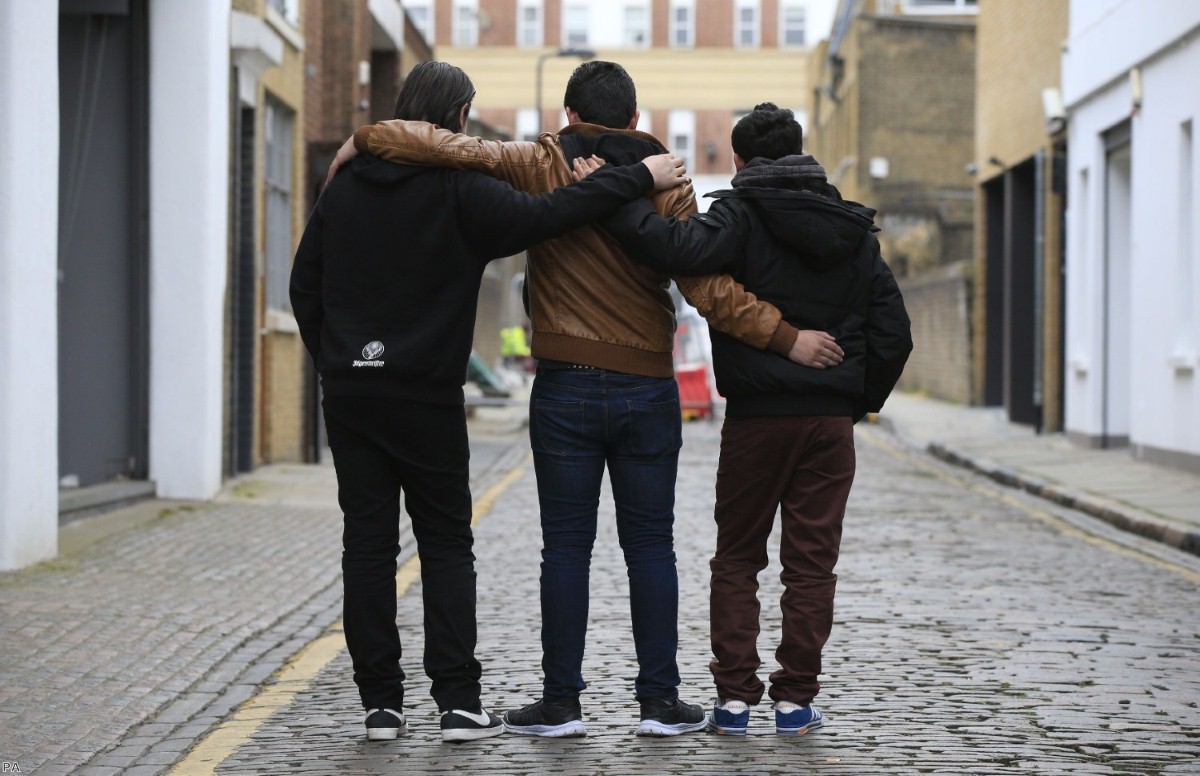 This vilification of child refugees makes me fear for my country

Prejudices are passed from one generation to the next. Fears are too. As a small child I would spend many weekends staying at my grandfather's house where he would tell my sister and I stories of his experiences fleeing from the Siberian gulags during World War Two. I can still remember vividly sitting by his feet as he spoke of the terrors of the freezing nights, wolves and near starvation that dogged his long trek out of Russia to the Indian Ocean. I can remember clearly the stories he told of the man who tried to kill him for his coat, of his near death experiences in the woods, and the words of God which he believed kept him going. I remember how his journey eventually came to an end after a long ocean voyage around Africa to Britain, where he joined the RAF 305 squadron and fought to defeat the Nazis whose bombs were then landing on British cities, towns and ports.

While we're naming and shaming foreign workers, here's my grandad and his fellow members of the RAF 305 Squadron. 100% Polish born. pic.twitter.com/UrQPQaZObQ

These memories of my grandfather, who arrived in the UK when he was barely out of his teens, have been marching through my thoughts in recent days as the country descends into a spasm of hatred against the child refugees arriving in Britain from the camps in Calais. I wonder what these young people, many of whom have experienced horrors few Brits from my generation can even imagine, must have endured on their long trek to the UK. I wonder about the attacks they must have survived, the hunger they must have felt and the heartbreak and grief they must still suffer for those they have lost and left behind.

Do we know that these refugees are claiming to be under 18? Why is the Daily Mail publishing their pictures?Are they safe in Brexit Britain? pic.twitter.com/qDg0olZUsH

And when I see these things I think again of my grandfather, who after arriving in the UK, spent the rest of his life raising a family while doing whatever jobs he could get as a Polish refugee with no qualifications other than his war record. And it hurts. The attacks on these young people feel like an attack on him, which feels like an attack on me.

It reminds me again of the low-level racism I experienced as a child growing up with a foreign name in what was then a very white English part of outer London. Not that I ever thought of it as racism. It was just name-calling. "Sticks and stones will break your bones, but words will never hurt you," my dad told me. He was wrong of course. Words do hurt. Words do break bones. Words do kill.

In the weeks after the EU referendum there was a 41% increase in racially and religiously aggravated crimes in the UK, ranging from arson, to verbal abuse to physical assault. On the day after the referendum, cards stating: "Leave the EU. No more Polish vermin" were distributed near a school in Cambridgeshire. In Harlow, Arek Józwik was killed on the street after witnesses heard him speaking Polish. In Telford, Bartosz Milewski was stabbed in the neck with a broken bottle after he too was heard using his mother tongue. The words these immigrants used mattered. The words used in the EU referendum campaign mattered. These words broke bones, these words cut flesh, these words killed.

Prejudices are passed from generation to generation. Fears are too. And right now I fear for the country we are becoming. This country, which once took my grandfather in, is quickly becoming a country where even children fleeing from war zones are no longer welcome. A country where defending migrants gets you labelled a traitor and a country where showing compassion to refugees makes you a target for the sack. Perhaps it's all just a passing nightmare. Perhaps we will all wake up from it soon. But right now it really doesn't feel that way.