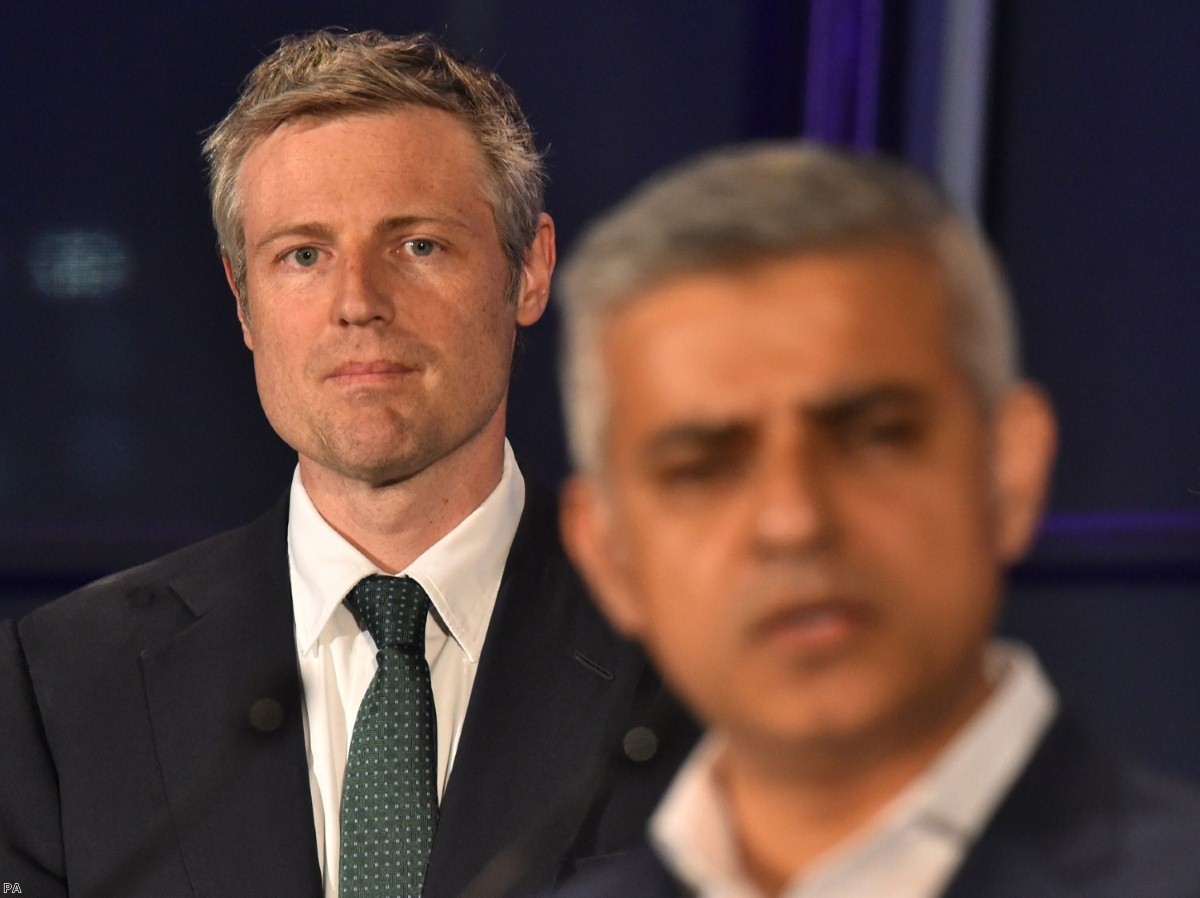 Former minister Helen Grant said the Tory's London mayoral candidate had run an "embarrassing" campaign against Khan which had set the party back.

Goldsmith's campaign, which sought to link Khan with extremists and warned ethnic minorities that the Labour candidate would take away their family jewellery, was misjudged she said.

"I think there were many mistakes made. There was an awful lot of damage done. I think we missed opportunities and as a result we lost and I think if Zac was sitting with us here he would probably, given the time again, do things very differently."

Conservative MEP group leader Syed Kamall agreed, describing it as an "awful" campaign that had failed to communicate to the ethnic minority voters Goldsmith needed to win over.

"I've known him for years and he is a genuine guy but his campaign was awful. How we tried to address and get into the different ethnic minority communities [was bad]. And actually it was quite badly targeted in many ways."

He said Goldsmith's campaign were keen to see him photographed with ethnic minorities, even if they weren't supporters of the party.

"I know Peter Golds, a councillor from Tower Hamlets… and he said he had Zac's ethnic minority advisor organising events without consulting them… And they thought just because they had brown skin, they were ethnic minority advisers and actually what they found was lots of Lutfur Rahman supporters there, not target supporters at all. So it looked great that they had a room full of dark people but actually these were people who were never going to vote for us in the first place."

"When I first heard about the controversy I was in India, buying my wedding gold ironically, and it was in a local newspaper… This had far reaching consequences."

She said the row had damaged relations in her own area.

"I went to Watford Gurdwara and it was mentioned by one of the speakers there who was apolitical.. and you can see these are issues we may forget about as the media agenda moves forward, but that trust is very difficult to regain."

She added that "great care must be taken to ensure that [leaving the EU] is not done at the expense of our values [such as] diversity and inclusion.

The debate was held in support of the group 'Modern Britain' which aims to increase the support for the Conservatives among ethnic minority voters.

However, the group did not receive the full backing of everyone on the panel.

"I've seen lots of initiatives since I joined the party on how we get more black people," Syed Kamall said.

"I've heard it over and over again. I hope this one is different. I hope this is not a campaign for safe seats for darkies," he said, to gasps from the audience.

One local Conservative candidate, Robert Higginson, from Birmingham also, told the meeting that he was struggling to win over black voters in his part of the city.

"For a number of years I have been the candidate or election agent in Soho ward just a few yards from us, where I am WEM – white ethnic minority," he told the panel.

He explained that: "Our biggest problem is actually the Afro-Carribean community, and especially the West Indian, and if we could work out how to get them on board then we would really be motoring."