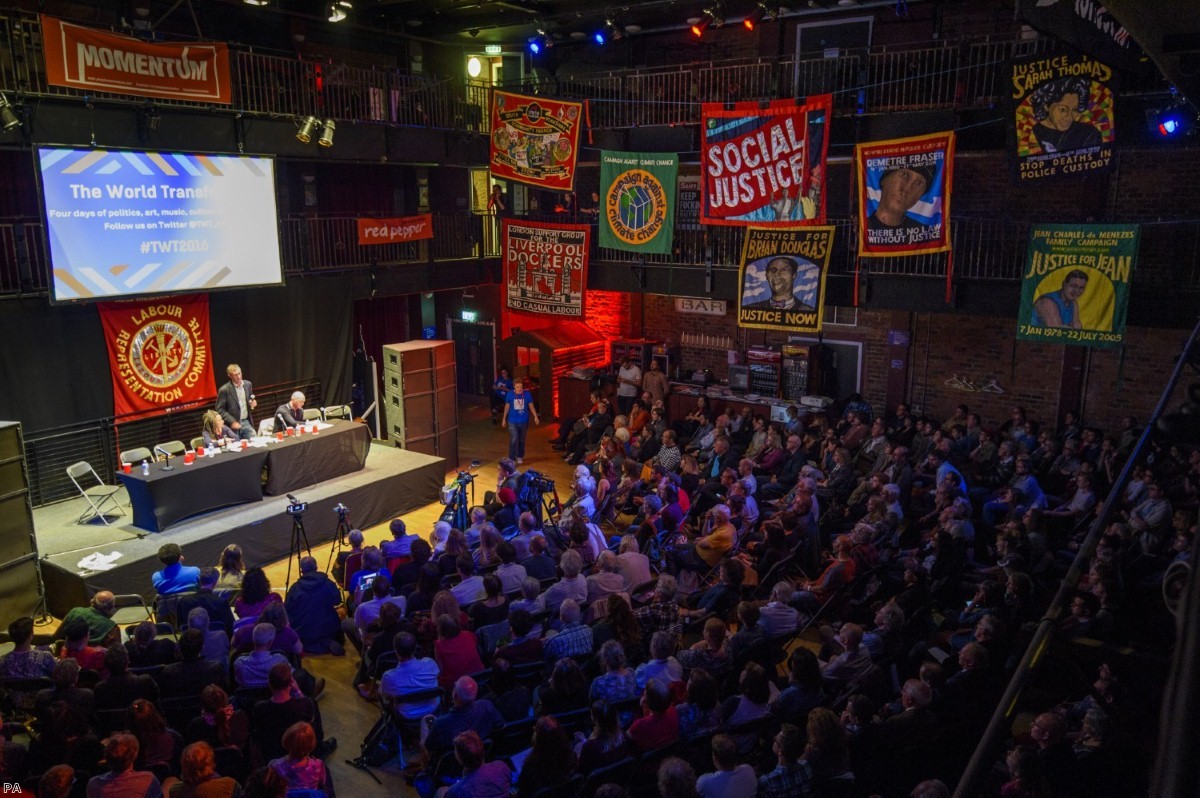 The World Transformed: Momentum conference should give the left hope

The most striking thing about this year's main Labour conference was how flat it seemed. The party may have hundreds of thousands of new members but they weren't to be seen in great numbers inside the main conference complex. Whereas in previous years the fringe meetings and bars were packed with lobbyists and business people, this year the whole place seemed strangely quiet.

Not so down the road at the Momentum conference, where there were long queues and packed meeting rooms with activists perched on ledges and huddled on floors just so they could take part in the debates. Whereas inside the main conference fringe events Labour MPs talked gloomily about their future, often to mostly empty seats, at "The World Transformed" conference there was a genuine excitement and passion about proceedings.

The Momentum activists themselves were not what many expected. For journalists who had been told by Corbyn's opponents that Momentum are a bunch of trots, thugs and Militant throwbacks, the reality was quite different. The delegates were well-behaved and engaged. Even when they were discussing a hostile takeover of Britain's newspapers, they did so respectfully and politely. There was no shouting or barracking at any of the events I attended. If this was a revolution, it was a largely peaceful one.

But while the activists themselves may have changed perceptions, some of the ideas they expressed did not. At a couple of events I attended, a woman toured the chairs handing out a leaflet calling for "a new politics of the heart". Her suggestion for achieving that amounted to a series of slogans ranging from "get the kindness habit" to "Love melts barriers, fighting makes them stronger". This was not so much the politics of the heart as it was the politics of the Mind Body and Spirit festival.

At Momentum conference where I've been just asked to read and pass on this 'Vision for a new politics" pic.twitter.com/kjmbdlXe0C

Their reaction to allegations of antisemitism in the Labour party also only compounded perceptions. At the debate on the issue I attended, most of the panellists and delegates were almost entirely dismissive of the problem of antisemitism, with several suggesting that it didn't even exist in any real way within the movement and others suggesting the whole issue had been fabricated out of thin air by Labour MPs and the right wing press.

But on this issue, and others, there was a real divide in the attitudes taken by younger and older members of Momentum, with the younger activists being much more open-minded and intelligent in their approach. In fact the divide between the mostly older delegates, who came of political age in the seventies and eighties, and the mostly younger activists who arranged and marshalled the conference was a recurring theme at this conference. Some of these younger members admit that there is a growing tension between these two wings of the movement. For many of these members, some of whom have substantial followings of their own, Corbyn and those around him are seen as transitional figures. Despite often being labeled a 'personality cult' they are often privately very critical of the leadership with some talking of a succession to a new, younger leader such as Clive Lewis or Angela Rayner.

It was telling during the recent Labour leadership contest that Corbyn's media operation improved markedly, thanks largely to the involvement of these younger, savvier operators. When the documentary programme Dispatches announced their expose of the group, the group got ahead of the problem, briefing the programme's revelations in advance to newspapers and releasing shareable 'prebuttals' on social media. By the time the documentary aired it was received as something of a damp squib.

If the Corbyn movement has a successful future it will be thanks largely to the likes of James Schneider and Owen Jones, rather than the likes of Jon Lansman and Jackie Walker. It is in the hands of these younger activists, commentators and politicians, that the fate of the new Labour party looks increasingly likely to rest. For the many MPs and long-serving Labour activists sat inside the main conference rooms cursing the party's woes, that may not be a very cheering prospect. But this year's Momentum conference suggests that, after a very bruising year, the Labour left may yet get its act together.