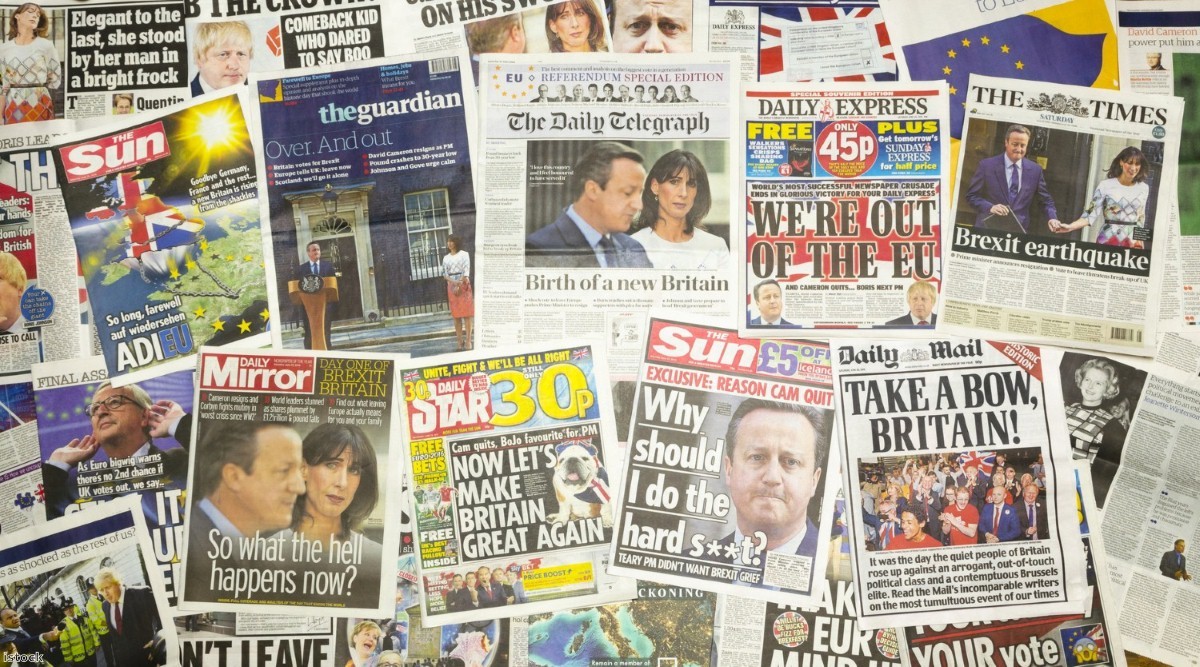 Unite chief: British media must be taken over and defeated

There must be a "socialist" solution to media ownership in the UK, Unite's chief of staff insisted last night.

Speaking at a Momentum meeting on "Jeremy Corbyn and media bias," Andrew Murray said there had to be a "change in ownership" away from the "tax exiles and ne'er-do-wells" who currently own most newspapers and broadcast media.

"In the end when we address media power, we have to address the question of ownership," he said.

"People say we need better regulation, but the problem is ownership and control. That is the heart of it. And socialism applies to the media just as much as any other industry."

He said the Corbyn movement was engaged in "hand to hand combat" with the media but insisted the battle could be won.

"As bad as the media is it is not all powerful. It can be defeated."

He added that any socialist solution to media bias against Corbyn must include the BBC.

"[There is] a narrow clique at the top of the BBC increasingly controlled and appointed by government," which needed to be removed, he insisted.

"It was completely wrong that the criticism of Laura Keunssberg was turned off like a tap," he said apparently referring to an online petition that was closed down following misogynistic abuse against her.

"Laura Kuenssberg, no more than any other woman, should not have to face misogynistic and sexist abuse… but the fact that misogynistic abuse is directed at Laura Kuenssberg does not make her a good journalist and we have to keep the pressure on the BBC to rebalance its coverage to actually start taking seriously the fact that half a million people have joined the party led by Jeremy Corbyn."

Leaflet for the new 'Media Response Unit,' set up to "find better ways to undermine and ridicule the conservative mass media" #Lab16 pic.twitter.com/BJEXsPHvUz

A representative from the Corbyn-supporting 'Media Response Unit' called for Momentum to engage in mass complaints against the broadcaster.

"We're building an army at Momentum so let's use it," he told the meeting.

Another member of the audience suggested that the group should campaign to force the BBC to put blue stickers on newspapers to make it clear they support the Conservative party.

"The BBC has a programme called 'What the Papers Say," he explained.

"Why can't we rebrand that programme to be called 'What the Tory Papers say' and when Andrew Marr has his newspapers across his coffee table, why can't we have a blue sticker that says this is a Tory newspaper that doesn't pay any tax in the UK and start some kind of campaign, because people trust labels like the Telegraph and the Times as if they're impartial. They're not impartial and we need to point that out more."

At the Momentum media bias meeting where various Morning Star journalists are standing up in turn to be applauded by the audience.

One woman compared the British media to the spoon that Keanu Reeves' character holds in The Matrix.

"In the Matrix Neo goes to see the Oracle and he sees a child bending a spoon and he wants to know how can I bend the spoon, and she says it's not the spoon that bends, it's you that bends and I really feel that it's the media that needs to bend towards this newer type of politics that Jeremy Cornyn is trying to create."

Asked about the comparison, freelance journalist Abi Wilkinson told the meeting they would have to work with the media as it is, rather than assume it could be changed.

"So you have to [bend] because that is the game we're playing… That is just the reality of it."