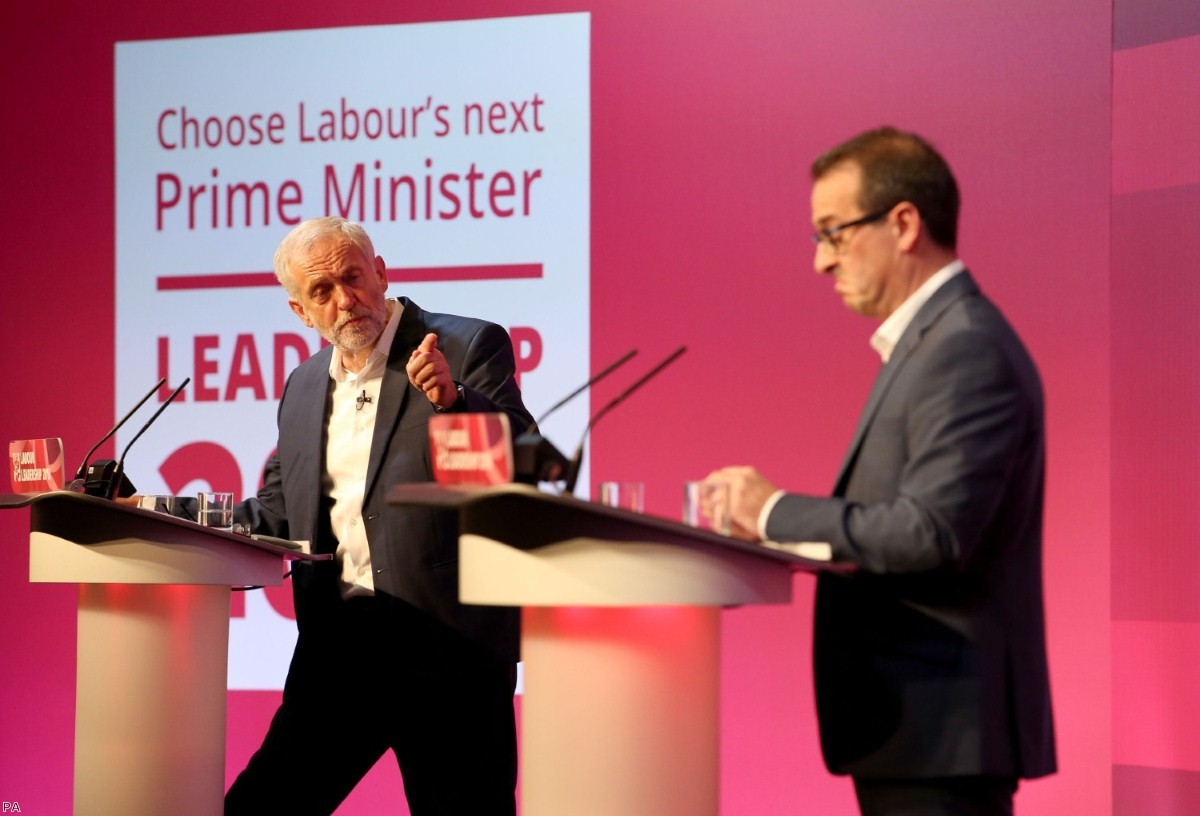 Jane Chapman told BBC 5 Live that she was backing Smith in the race to be Labour leader because she was "saddened and upset" by the state of the Labour party. She criticised her former husband's lack of leadership skills and said she had decided to back the "younger, more media savvy and flexible" candidate. She added that while she still feels nostalgic for her time with Corbyn, "The thing about Jeremy is he hasn’t changed much… Are the politics of the 1970s relevant for the 21st century?"

Great to have the support of Labour stalwart Jane Chapman https://t.co/LcungxpdHa

While Chapman's comments mark an embarrassing end to Corbyn's campaign they are unlikely to make even the slightest difference to the final result. With ballots officially closed this lunchtime few still believe that Smith will emerge as the winner.

This wasn't always the case. Throughout the summer Smith and his supporters briefed that private polling and canvas returns showed the race was "neck and neck," and "on a knife edge". Members of the "Saving Labour" campaign sought to persuade members that despite the polls, rallies and CLP nominations all suggesting a Corbyn victory, this was in reality anything but a forgone conclusion.

That pretence has now largely evaporated. There is widespread acceptance within all parts of the Labour party that Corbyn will be announced as the winner on Saturday, by a comfortable if not hefty margin. After months of intense debate about 'purges' of members, high court cases and rule changes, Labour is likely to emerge in exactly the same state it was before the leadership race began.

Even Smith himself appears to have all but conceded defeat. In an open letter last night he told his supporters that "I regret the state we are in but I don't regret being the one to say it". Written in the style of a concession speech, Smith insists he is proud of the "positive programme" he put forward to members but adds that: "These ideas will remain as relevant after this contest as they have been during this contest."

This doesn't read like a message from a candidate who believes they're heading for victory. pic.twitter.com/dzns2KKLO4

While Smith's ideas may live on, Smith himself is unlikely to live on in members' minds as the great leader the party never had. Whatever else his qualities may be, he never managed to elicit a huge deal of passionate support from members. Allegations of sexism and a tendency for gaffes both conspired to prevent Smith's campaign ever getting properly off the ground. Indeed his comments at times seemed to be actively designed to sabotage any attempt to win over those who might otherwise have wavered in their support for Corbyn. After months of campaigning, most of those still backing Smith appear to do so more out of antipathy towards Corbyn than any obvious great enthusiasm for his rival.

While the result may be a foregone conclusion, the scale of Corbyn's victory is not. John McDonnell today suggested the Labour leader would be unlikely to win on the same scale as last year due to attempts to suppress new members from voting. Whether or not this is merely expectations management remains to be seen. However, the one poll we have seen during this contest suggested Corbyn was on course to win a broadly similar victory to the one he managed last year. In many ways this is unsurprising. If there's one thing Labour should have realised by now it is that if you ask the same question twice, you almost always get the same answer.