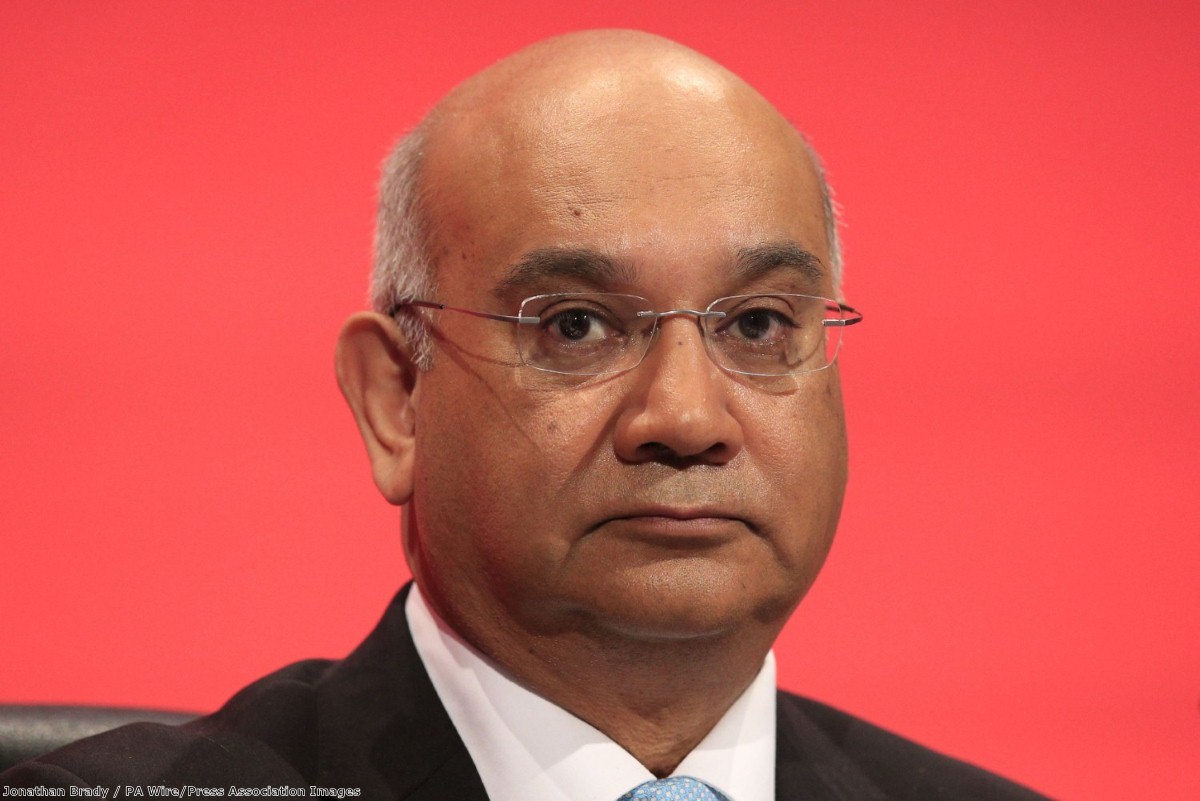 The outrage against Keith Vaz is nothing but Victorian puritanism

The consequences for Keith Vaz have come thick and fast since the Mirror published a report on his alleged use of sex workers and drugs over the weekend. Already he has stepped down from his position as chair of the home affairs committee – arguably the most prestigious of the Commons scrutiny bodies. He was always an MP who enjoyed being in front of the camera, but that habit is now likely to be substantially restricted, or at least changed in a manner which he will not enjoy. And of course there is the sneering moral superiority of the online and tabloid commentary.

His detractors are varied. Plenty of people disliked him for his constant efforts to get on TV, which reached an absurdist peak when he went to the airport on January 1st a couple years back to meet the one or two Romanians arriving following a media scare-story.

He has a range of views on a range of topics. Some of them, like his obsession with violent games, are very silly. Some are downright morally reprehensible, such as his help in whipping up outrage against Salman Rushdie over the Satanic Verses. Some are perfectly commendable, such as his continued commitment to people lost and betrayed by the asylum and immigration system.

Regardless of their relative validity, they earned him enemies, who will now get involved in picking away at the remnants of his career. Not the least of these will be anti-prostitution groups, who were dismayed by a recent home affairs committee report which recommended decriminalising sex work completely. They are likely to use the story to discredit that report. Right wing tabloids will use it to dismiss the reports his committee has consistently written on the inadequacy of our drug laws.

But the truth is that the Vaz story is as lacking in validity as any of the tabloid sting operations concerning people's private lives. This is Victorian prurience and moral superiority. What Vaz allegedly did is of consequence to his family, himself and no-one else. It is none of our business.

His detractors say that the public interest rests on the fact that he chaired the committee while it conducted investigations into drugs and sex work, on the former in a quite precise way when it reported on whether poppers, which Vaz is accused of admitting taking, should be included in the Psychoactive Substances Act. As with sex work, the committee came to a conclusion which appears to suit Vaz's alleged activities.

What utter nonsense this argument is. Participating in something does not mean you are unable to assess whether it should be allowed or in what form. Are the people creating anti-obesity strategies asked how much sugar they put in their tea this morning? Are the politicians debating points-based immigration systems now routinely asked about their immigration status and that of their friends and family? Do chancellors have to give up on salaried income and property before announcing Budgets? No. We accept that people can suffer personal ramifications in an area and still be professional enough to be disinterested in how they pursue their work on it.

There is a more specific example which is useful. When the Commons was debating whether poppers should be included in the Psychoactive Substances Act, Conservative MP Crispin Blunt stood up and admitted he was a user. It was a tremendously brave and decent thing for him to have done.

"I use poppers. I out myself as a poppers user" he said. The legislation "simply serves to bring the whole law into disrepute", he argued. It was by some measure the most commented on moment in the debate. Later on, with the home affairs committee under Vaz also recommending against a ban, the government agreed to exclude it from the legislation.

If Vaz's position as chair of the committee is so morally unacceptable given the report it produced, why wasn't Blunt the subject of attacks that day? The clamour for outrage did not touch him. There was certainly no mention of the argument that, as someone affected by the legislation, he should have no role in influencing it or say in its progress. That would be absurd. And the criticism of Vaz is just as absurd.

Ah – but what Vaz did was illegal, they say. As a lawmaker he cannot also be a law-breaker. Well actually it is not clear that he has broken the law. Poppers are legal. The cocaine which was seemingly mentioned at one point was not for his consumption. And prostitution lies in a legal grey area. Its illegality depends substantially on whether someone was 'controlled', and whether the purchaser had reason to be aware of that. It's uncertain, but there's little evidence to suggest Vaz broke the law.

There is no consistent moral or public-interest argument for this outrage. It is just the same old tawdry moralising nonsense we always get. The only reason the story is considered remarkable is because of the conjoined relationship between curtain-twitching curiosity about sex and drugs and our tendency towards sermonising about them.

Vaz might be a hypocrite. He might have more skeletons in the cupboard. He might be the subject of disappointment for his family. These may all good reasons to be wary of him – or not, depending on your point of view. Personally, I do not think someone's personal life is a very good indicator of competence in their professional life, but your attitutde may vary.

One thing is clear, however. The fact he chaired an inquiry into things he involves himself in does not in any way discredit his work. People should stop pretending otherwise.