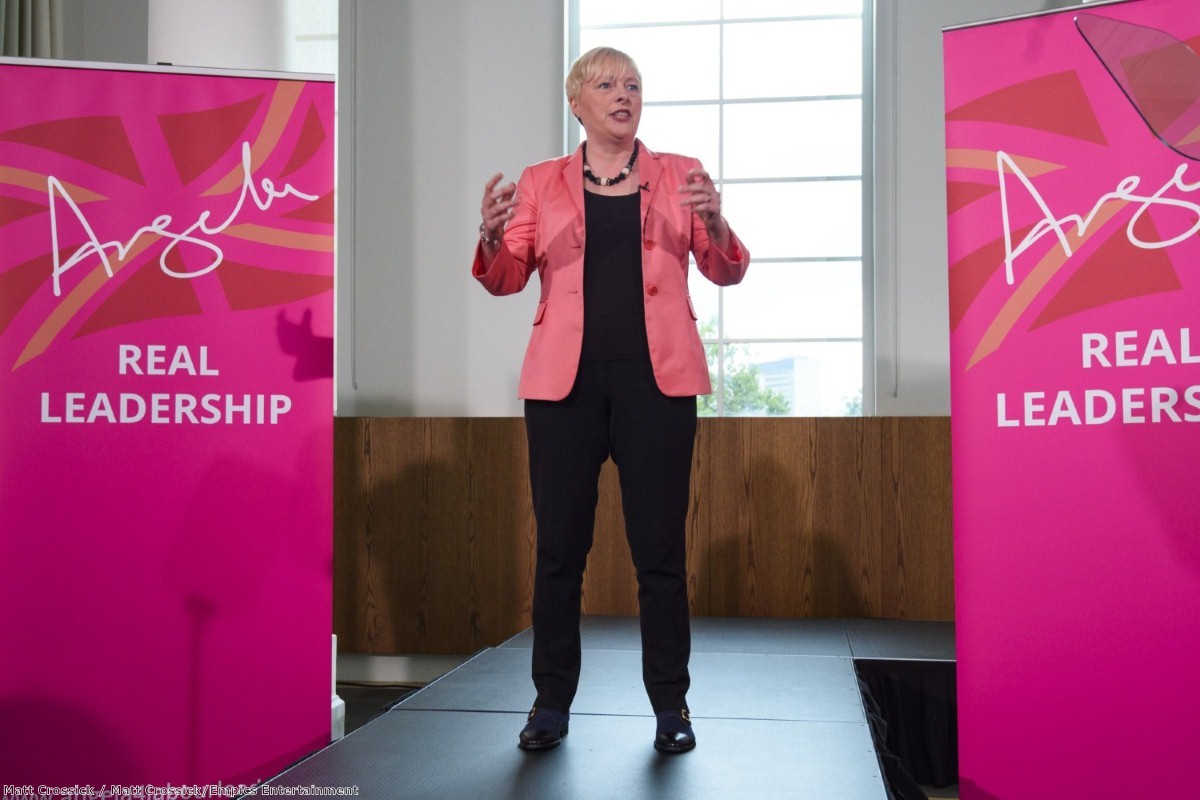 Corbyn’s critics are as inept as he is

The only policy Jeremy Corbyn's critics seem to promote is one of limiting democratic choice. First they tried to bar him from running in a challenge to his leadership, then they celebrated when they secured rules restricting members' ability to vote. Anyone who became a member after January 12th isn't automatically eligible to vote. And unlike in 2015, there is no period after the announcement of the contest in which members of the public can sign up. The assumption is clearly that any surge in membership would be detrimental to their cause.

What a sorry state of affairs. The need for a proper opposition to hold the government to account in a time of crisis is so crucial that one can turn a blind eye to the subterfuge around the leadership challenge criteria. But having lost that fight, the idea that a block on new Labour supporters would help the rebels shows how little faith they have in their message.

Forty-eight per cent of the people who voted in the referendum have been denied a voice. They voted for a diverse country, which did not deal in mean, inward-looking caricatures of the past. They voted for centrist politics, which would stay in the single market and not see the country commit economic suicide because it wanted fewer immigrants. They voted for a politics which is unafraid of compromise and negotiation with international partners.

Where is their voice? It's certainly not Theresa May, who was a Remainer very quietly and one suspects by convenience, and whose brutal record on immigration speaks for itself. Certainly not Nicola Sturgeon, who as a nationalist cannot by her own definition represent anyone but her countrymen and whose only solution to the problem is more break-ups, more walls and more border controls. It's not, with all due respect to them, Tim Farron or Natalie Bennett, whose parties are too small to stop or even significantly shape what is happening. And it's certainly not Jeremy Corbyn, who seems to neither care nor be able to articulate a view on Brexit. Or anything else for that matter.

There is powerful demand out there for a political vehicle to address the fears and hopes of this huge slice of the electorate. With an inspiring candidate, with a message, they might flood into Labour to pick the leader. Anti-Corbyn rebels could have found the candidate, made the argument, framed themselves as the new, optimistic, forward-looking centre. They could have put their money where their mouth is and taken the fight to Corbyn. It is telling that they did not even consider it.

The only political response we've heard from the rebels in Labour since the referendum is that the party should give up on freedom of movement. It's hard to imagine a less imaginative or intelligent conclusion. Sure, you might win over some of your alienated voters up north and in the Midlands, although even that is uncertain. Once you're in Ukip's political territory, voters might as well opt for the real thing.

Giving up on freedom of movement means giving up on the single market and that is not the centre ground. That is agreeing to a radical right-wing project with catastrophic repercussions for the British economy. This is Labour vacating the centre ground to the right.

And as for the principle of the matter, the very idea Labour would have the bravery to stand up for freedom of movement, for the idea that labour should be as free as capital to move, for the right of citizens to go to other countries if they wish, seems almost comical.

Angela Eagle is running against Corbyn, but as what? An ideas-free zone. She almost seems to pride herself on it. Her big pitch is competence, but she is unable to make even that case. Her campaign logo looked like someone scrawling a scream onto a 90s women's mag. It might not be her fault that half the journalists left her launch to see Andrea Leadsom stand down, but competence is about how you handle such things and Eagle looked completely off-balance.

I watched her later doing media interviews and she remained dull and lifeless, repeating the same lines-to-take she'd used in TV interviews on Sunday morning. There wasn't a single political thought, just statements on competence, which grew increasingly ironic the more limply she made them. It was utterly uninspiring. One instinctively feels the same about Owen Smith, a man one forgets exists the second one stops listening to him. He is so deathly dull that even considering him as leader of a major political party sends a shudder of despair down the spine.

They haven't learned a single thing from what happened with Corbyn. They haven't taken one single lesson from his extraordinary wave of support last year. They only see entryism by Trots, but there's so much more to it than that. It reflected a burning need for a politics that wasn't just about managerial competence and triangulation and focus groups, that was about challenging the status quo, talking about big ideas and inspiring people. It is the same message, albeit from a different political direction, provided by the Brexit vote. Moods have changed and mainstream politics is struggling to reflect or capture that.

Corbyn has been a spectacular failure in this regard. He has no ideas beyond the ones he formed decades ago. He can't appeal to the country, he can't win power, he can't speak to anyone outside of his tiny, cultish political echo chamber. And most importantly he has no sense of responsibility for the national interest, which demands he make way for a credible opposition in this time of acute crisis.

But the Labour plotters have in a way become their own cult. They see the Momentum conspiracy, which is not difficult given that it takes place in plain sight, but not the political factors which allowed it to take place. They are playing the same old tune when it is perfectly obvious there is a demand – a strong, powerful, patriotically-necessary demand – for something else. They deserve just as much criticism as Corbyn and his weirdo acolytes.