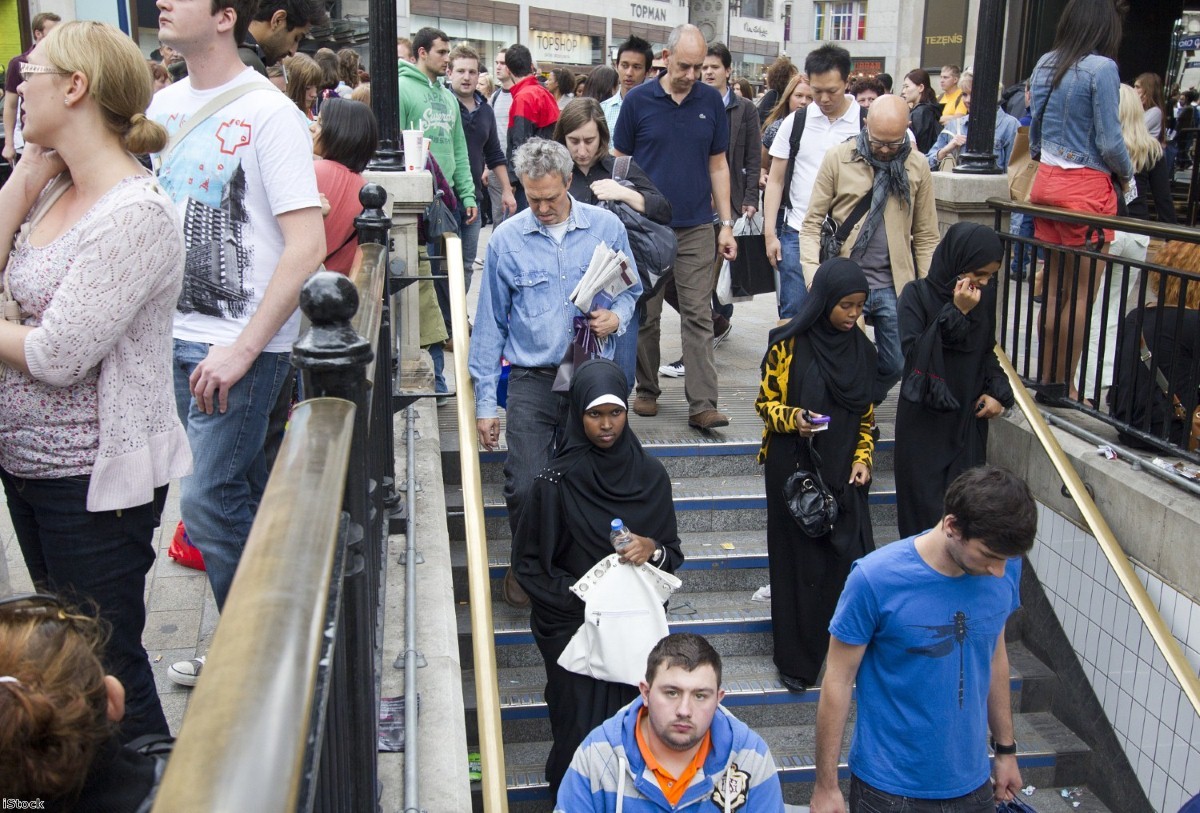 My home town is a pretty good bellwether for how the country votes. Ever since 1974, Northampton North has picked an MP of the party which went on to form a government. So speaking to people here gives you a fairly good idea of the general feeling about things around the country. Which is why when I saw people shouting and screaming at each other over the EU referendum recently, I was worried.

Much has been said about how the Brexit debate could split the Tory party, but far more worrying is what it's doing to local communities. A couple of weeks ago Nigel Farage and his big purple bus were due to roll into town to speak about the referendum. I went along to cover the event, but at the last minute the Ukip leader was forced to cancel his appearance because a number of heated arguments had broken out between his supporters and protesters.

It would be easy to pass this off as a typical clash between activists but it was more than that. Yes, there were some there who were campaigners, but many of those getting involved were normal everyday people; someone off the market, or just a passerby.

Most of the shouting focused on immigration. Around 16% of residents in Northampton were born outside of the UK and on the whole, it's a well integrated town. Of course, like most people living outside of London, I regularly hear people moaning about immigration but this was the first time I've seen such division and anger.

As the groups shouted at each other, I watched many foreign people, who now call Northampton their home, quietly pass by with their heads down. One woman with a young child and a heavy eastern European accent asked me if it was true that Farage had cancelled the visit. When I told her it was she smiled, clearly relieved.

The closer we get to the referendum, the more people are talking about it. I've had plenty of calm, rational discussions with people on both sides of the debate. I asked a good friend of mine recently if she was voting to Remain. She replied that she was too scared not to. I've chatted to parents at my daughter’s school about it. Some were convinced that we would be better out, others were keen to stay in. Most were not really sure either way.

But I've also seen signs of more worrying attitudes. At the end of my street someone has recently scrawled the word 'Pakis' on a signpost. A few feet away a piece of paper with Ukip written on it in the same writing has been stuck to an old phone box. This may not be related to the referendum. Perhaps it's just a coincidence. But there can be no denying that there are some racists who will latch onto a mainstream political issue as a cover to push their own warped ideas.

I asked a local British taxi driver how he intended to vote. He said to stay in. Why? Because he says he hears too much racism from people talking about the referendum. "There's real, real hatred," he said. "I hear so much of it. I can't vote for that."

Immigration, alongside the economy, was always going to be a key issue in the EU debate. There are many people with genuine concerns about public services and jobs but there are some who just don't like people who are different to them. Just search the words Brexit and Muslims on Twitter to see the level of Islamophobia that's around.

"Trump is right, perhaps we should consider banning Muslims from entering the country?" One tweet suggests, while using the hashtags #Brexit and #voteleave.

Another, also using the hashtag #Brexit says: "Turkish prime minister says Muslims should have more children – getting ready for the child benefit they will receive!"

There are many, many more tweets like this, some far more unpleasant. It doesn’t mean everyone who wants to leave the EU is a racist. Obviously they are not. But just as people have argued that Labour has a problem with anti-semitism, the Brexit campaign clearly has a problem with racism.

This should come as no surprise. For years we've been fed one hysterical story about the EU and immigrants after another. Newspapers regularly use headlines which help to create fear and division. "Illegals have landed" screeched the Sun last year. "Immigration is now on the verge of destroying UK," warned the Express. The Daily Mail asked: "Who will speak for England?".

And more than a few politicians campaigning for Brexit have played a part in stoking tensions. Justice secretary Michael Gove warned that remaining in the EU would lead to a migration "free-for-all". Nigel Farage suggested that the risk of migrant sex attacks on women would be the "nuclear bomb" of the EU referendum. And just this week, the Leave.EU group put out a poster saying that we need to "act now before we see an Orlando-style atrocity here before too long".

We've been told so many times that it's not racist to talk about immigration. That's true, but when the arguments over the EU are so dominated by fear and half-truths, there’ll continue to be people whose concern turns to prejudice. And there will continue to be politicians and press outlets who will happily exploit that for their own agenda.

The newspaper editors and politicians who are stirring up tensions don't have to live with the consequences of their actions. Their comfortable lives will continue as if little has changed. But for many local communities it won't be so easy.

It's still unclear whether we will vote to remain or leave next week. But either way, the divisions created by this debate could take years to repair.