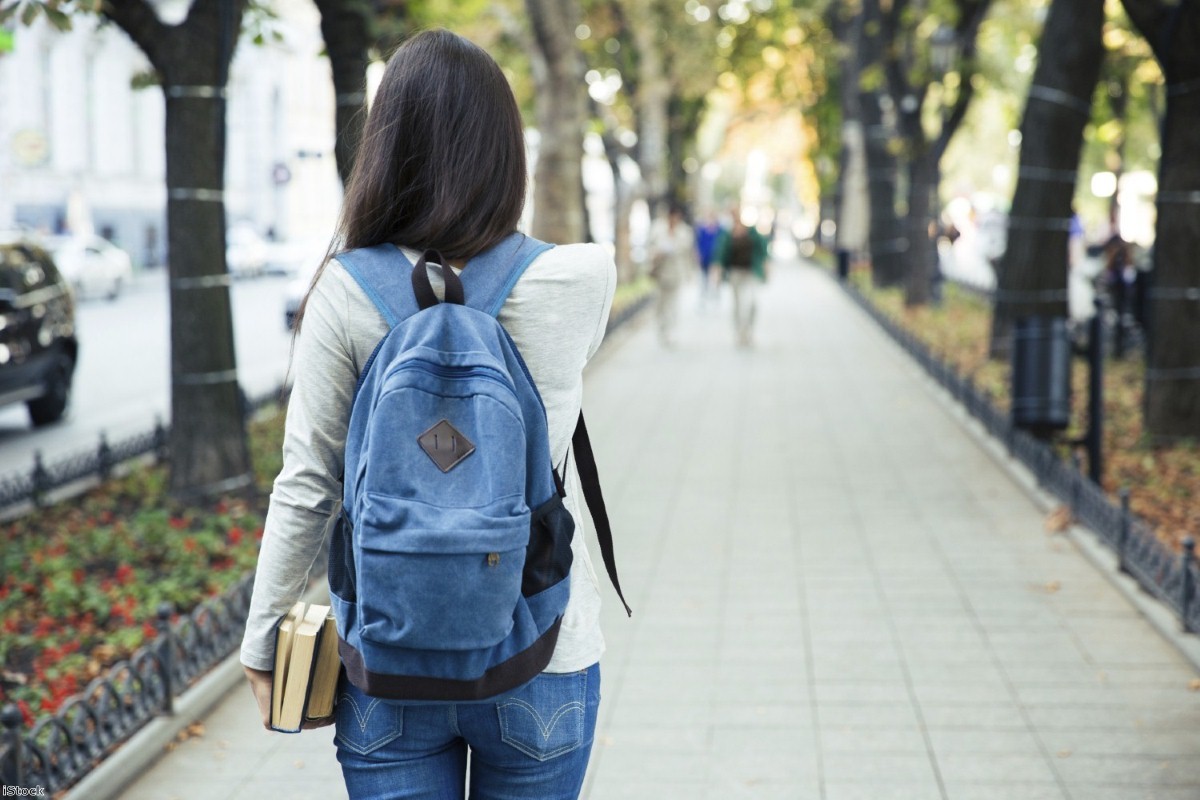 It looks like the government’s plan to hammer down immigration numbers by focusing on foreign students is paying off. New figures published by the Office of National Statistics (ONS) show the number of people wishing to study in the UK long-term have fallen to their lowest level since 2007, following a 16% fall in applications to study at further education and other institutions last year.

The fact the fall comes from a drop in applications rather than their rejection suggests this drop is now part of a long-term change in the way young people around the world view the UK. Theresa May's plan to create an unattractive climate for potential arrivals is working. Students aren't even trying to come here in the first place.

You can see why. Although it doesn't get much domestic coverage, the Conservative war against foreign students receives considerable coverage overseas, particularly in India, where there was a whopping 49% drop in arrivals between 2010 and 2012.

The main way the message has been delivered is by adopting banana republic tactics to discourage, terrify, bully and intimidate foreign students. It happens in several ways. "Gestapo-style" spot checks, as one source in the higher education sector has described them, are perhaps the most visible.

Home Office officials take over the school. Staff and students are subject to "interrogation-style" interviews, with a mindset described by one teacher as "guilty until proven innocent". Officials demand to see certain students and records of attendance. One teacher described the conversation to me like this:

"They were testing us. 'What did you do with this student? This student's attendance is down five per cent, what did you do about it?' These were extremely aggressive spot checks. Students were really put through the mill. It's the arbitrary nature of it and the intimidatory aspect of it. They've done nothing wrong. They tried to follow rules as best they could. They were treated like criminals."

Colleges are required to forecast how many 'Confirmation of Acceptance for Studies' sponsorships they'll need, but are often allocated only a set percentage of them – perhaps around half. When the college reaches the cap they can request more, but the Home Office always seems to take 18 weeks minimum to respond. It's the same response time applied to all requests, such as change of authorising personnel or change of address.

One school I've spoken to lost the entirety of its September intake due to the delays. When the Home Office did get back to them it was to confirm that they had decided to do a spot check.

When schools fail the spot checks, often on spurious, minor or even factually incorrect grounds, the students lose their place and their visa and are given just two months to leave the country. They lose all the money they spent on the course, often running to several thousand pounds.

The rules for a student application are so severe and complex it is next-to-impossible for them to successfully apply without the assistance of a specialist immigration lawyer.

These techniques work. They make it almost impossible for make a business case for a higher education establishment, so they shrivel up the sector of the economy tailored for foreign students. And they function as an advertising campaign for a country which clearly is not interested in young people coming here. These students tell their family and their friends what happened and how they were treated, how a successful and expensive application for a course in London turned into scraps of useless paper, how they were given two months to get out the country despite all the money they’d spent.

And they're the lucky ones. Others are rounded up and put in detention centres. Dr Paul Hamilton is a Shakespearian academic from the US who did his PhD here. He applied for leave to remain. The Home Office response was to turn up at his house one day with the police and take him away.

"It's a terrible shock to be arrested in front of your neighbours," he told me on the phone from the centre. "I spent 12 hours in a prison cell. Then at 11:30pm they put me in a prisoner transport van with other prisoners. It took six and a half hours driving on backcountry roads to get here [to the detention centre]. We arrived about 5:30am and then I had to be inducted, which took another hour and a half. It was basically a 24-hour ordeal. But it didn't end, because I was here in prison. There was no way to be released."

The reduction in student numbers is superficially politically desirable. David Cameron made a disingenuous promise to cut net migration to the tens of thousands. It's the sort of promise which makes you a hostage to fortune. You can't control how many Brits leave the country, you can't control EU migration, and asylum claims are subject to legal safeguards which restrict the government's ability to limit them. So the pressure builds on tier 4 visas for foreign students, where much of the Home Office pressure is applied – despite polling showing public support for the presence of foreign students.

But in any sophisticated, long-term view of what is politically desirable, it is aggresively counter-productive. There's a reason other countries, like Australia, are putting together plans to encourage more foreign students: they bring lots of cash, they contribute to the local economy, and they provide a long-term boost to a country's reputation, international status and finances.

A study by Sheffield University found foreign students contribute £120.3 million to the city's GDP in 2012/13. In London, they contributed £3 billion and supported over 37,000 jobs in 2013/14. Some of it is direct in fees, some of it is in associated spending, like rent and food and so on. Some £131 million of it is spending by friends and relatives coming to visit them.

Even the government's own research paper, published by the Department for Business Innovation and Skills (Bis) put the worth of education experts to the UK economy at £14 billion, with a projection that this could rise as high as £26 billion by 2025.

But it's also worth looking at what foreign students contribute outside of their direct spending. Take Sheffield. They estimate that 8.9% of their foreign students take up career positions in the Yorkshire & the Humber region in any given year, with a further 10.7% employed in the rest of the UK. Given that international students in Sheffield disproportionately study Stem subjects in which the UK has a skills shortage, this is particularly useful for employers. And by boosting the labour supply, their presence helps address the UK economy's stubborn productivity problem.

There are plenty of other significant advantages. Foreign students are precisely the type of young, well-off, well educated young people most likely to wield influence or start up successful businesses later in life. If they stay, they often become employers. If they leave, they often do so with warm feelings towards the country they spent their student years in. All the better. The UK needs as many influential people around the world with warm feelings towards it as it can get.

But that tendency is being killed off by the government's insistence on hammering them. They have made it almost impossible for a student to stay and work after their visa expires, getting rid of a scheme which was highly attractive for many young people across the world. And the environment for those who do get here will often discourage them from ever coming back. A third of students interviewed said the complexity of the immigration system had impacted negatively on their experiences here.

As Jo Valentine, chief executive of London First, said: "International students are made to feel unwelcome because of anti-immigration rhetoric – and the fact that they are currently included in the government's net migration target. But students' expenditure here is a modern-day export: they pay substantial fees and contribute significantly in consumer spending."

Foreign students provide a handy summary of the quite insane priorities the government brings to immigration. It has taken a British success story and systematically dismantled it in a bid to satisfy a political goal which is neither desirable nor achievable. It is a quite remarkable act of national self-harm.