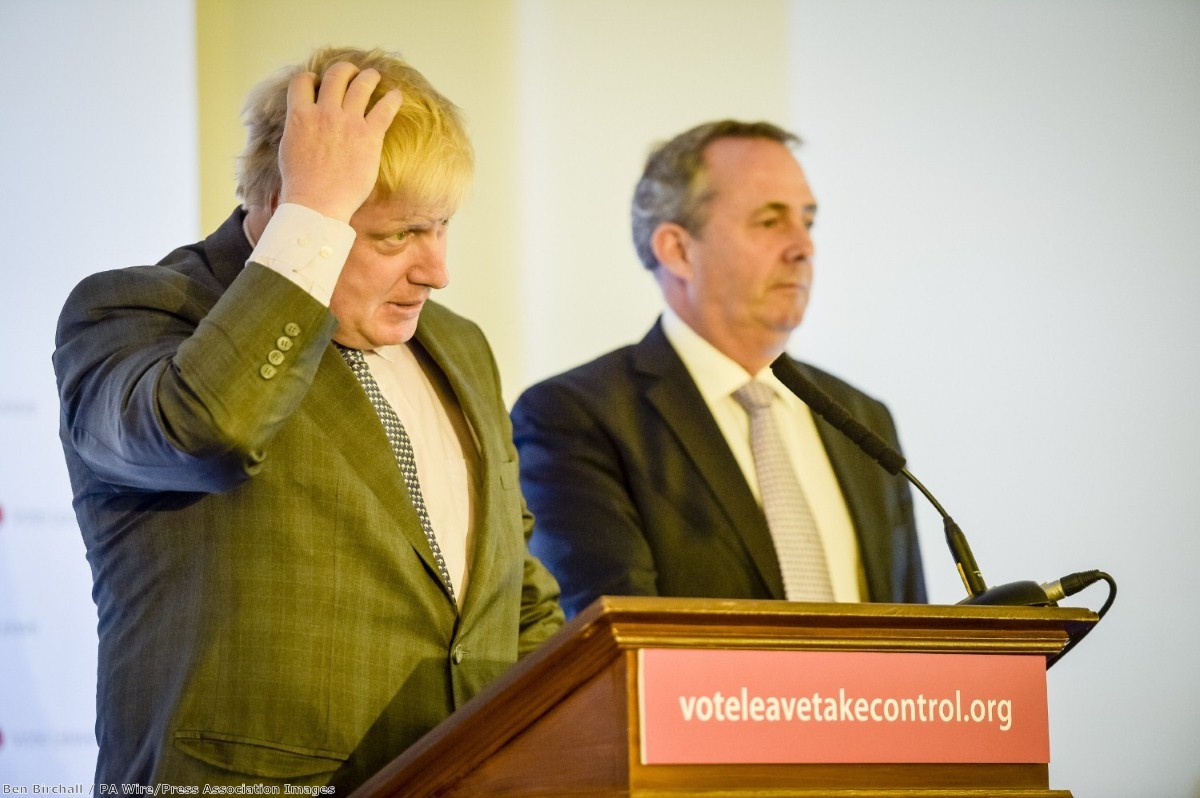 Once upon a time Vote Leave were going to be the professional, mainstream, positive Brexit campaign.

They recognised Nigel Farage's relentlessly Little England approach to politics wasn't going to reach beyond the hardcore rump of existing eurosceptics. They played down immigration because polling showed a quarter of the electorate would be turned off by that approach. They got respectable front bench politicians on board – people like Michael Gove, who are more motivated by arguments on sovereignty than they are by frenzied talk of borders and refugee waves. The brilliant Labour MP Gisela Stuart was made a vice-chair. The fact she was a left-wing woman with a foreign accent might have done something to address the growing sense that this was a xenophobic, right-wing sausage-fest.

But Vote Leave are now just another political grouping defined by the child-like paranoia and mean-spiritedness of the digital age. They behave exactly like aggressive below-the-line online commentators or Twitter mobs: questioning the motivation of the person making an argument rather than the argument itself, seeing conspiracy everywhere and issuing vague threats.

The Institute of Fiscal Studies (IFS) released a report into the economic consequences of Brexit today. It said, like the IMF, Bank of England, Treasury and OECD said before it, that the consequences would be negative.

It's easy to raise questions about these kinds of forecasts. The variables are so severe, especially around projected impacts to the economy from the uncertainty around Brexit, that maybe the whole endeavour is misjudged. When the Treasury specifies what will happen to the British economy in 15 years' time, you really need a whole lorry-load of salt to deposit over it.

But whatever the substantive issues of the analysis, the IFS is a respectable institution. After the Budget we wait around for them to give their view, which is always a fair and impartial one, without favour to any party. They are not, and could not be described by any reasonable person, as a mouthpiece for the powers that be. And even if they hadn't demonstrated that time and time again, even if they were willing to engage in surreptitious campaigning, they are smart enough to know that it would destroy their reputation overnight.

The Vote Leave response saw them brand the group "a paid-up propaganda arm of the European Commission". It was depressingly predictable.

Tory MP John Redwood was on the Today programme today to take on the report and he did a passable job. But before he started he was given an opportunity to distance himself from that accusation. He chose the coward's way out. He wouldn't make it himself, but he smudged the arguments so as not to blunt it.

"I think the IFS are part of this cosy establishment which desperately wants to keep us in the European Union," he said.

"They have on this brochure they've issued today the UK In a Changing Europe logo, they say it's paid for by the Economics and Social Research Council, and they clearly buy into this general view that there would be unspecified negatives on our trade were we to leave the European Union. We've just heard that they do get money from European bodies and they get money from British official bodies as well."

It's a slightly different charge, you'll notice – a little bit more nuanced. It's not quite that they're a propaganda arm. It's that the funding revenue they receive has made them susceptible to pro-EU messages. But ultimately he had a chance to shoot down this style of campaigning and he didn't take it.

Redwood didn't need to do this. He could have refused to question the group's integrity while making the case against their forecasts. That wouldn't just be the moral or the truthful thing to do – it would be positive in campaigning terms as well. It would show that Vote Leave are not frothing-at-the-mouth paranoid conspiracy theorists, but decent people making a responsible argument. And that might ultimately make them a more reliable group in a referendum defined by notions of competing risks.

Vote Leave's undemocratic threat to ITV shows they are losing the argument https://t.co/xjW31t4TVk

But the hope that Vote Leave might hold themselves to a high standard was dashed when they started firing off deranged emails following the announcement of the ITV debate between David Cameron and Nigel Farage. As it happens, they may be right here as well. The decision to invite Farage as oppose to someone from the official camp may very well have been organised with No10. It seems perfectly possible that it was, given Cameron's desperate bids to control the TV debates during the election.

But their response was quite, quite mad. "ITV has effectively joined the official IN campaign," the Vote Leave statement said. "There will be consequences for its future – the people in No10 won't be there for long."

It's classic internet rage: envision a conspiracy and then issue threats. Everyone who does not think like you is in the pay of the establishment.

And now we can expect more darkness to come. Vote Leave seem to have given up on making a compelling economic and political case for what Britain would look like outside the EU. They now see an avenue to victory through low turn out. And that kind of negative tactic means you need to galvanise your core vote, which means banging on about immigration: the nastiest message on the nastiest subject for the nastiest month of the campaign. It's come full circle. After dividing from Farage's camp because it was too nasty and immigration-focused, they now intend to adopt precisely those tactics themselves.

And the worst part is it's not even true. Brexit doesn't necessarily mean we'll leave the single market. Those who vote leave due to immigration might be surprised to find out that doing so didn't give them back 'control' over their borders at all.

For them to spout this nonsense and then accuse the Remain camp of engaging in Project Fear is deeply hypocritical. But more importantly, their tawdry tactics have deprived the public of a proper EU debate. All they got were misleading accusations of conspiracy theory and misleading statements on immigration. It’s a sad state for a campaign group which at one point looked like it might have something more positive and original to say.

Ian Dunt is the editor of Politics.co.uk.