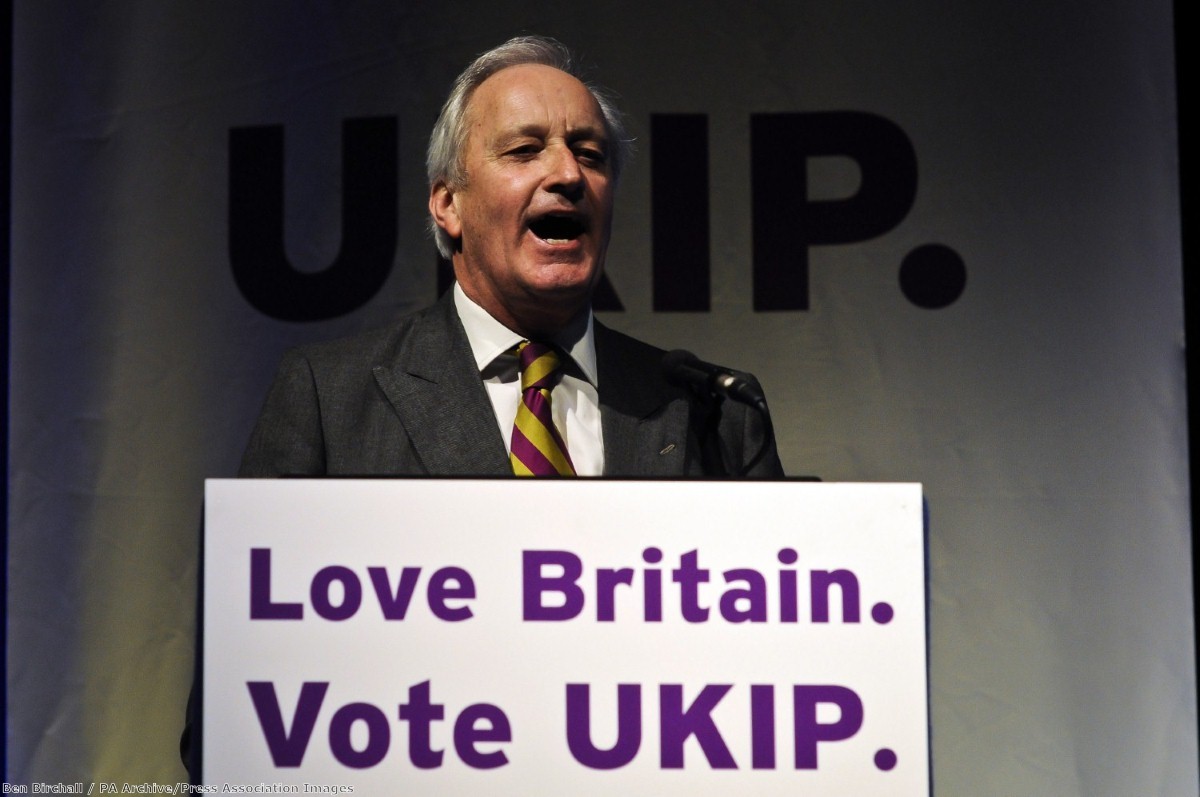 Neil Hamilton and Mark Reckless: Even in victory, Ukip is a party of has-beens

Even when they win, they are not much to look at. Ukip has done impressively well in Wales, where a part-proportional representation system gets them over the first-past-the-post hurdle they face in Westminster. And who is it Ukip has sent forth to the Welsh Assembly, to represent the new politics of the people’s army? Neil Hamilton and Mark Reckless.

It’s like a parody. You couldn’t ask for two more desperate, out-of-date political specimens. Reckless is fresh from his blink-and-you’ll-miss-it experiment as Ukip MP for Rochester and Strood. Hamilton is using some sort of newfound celebrity as one half of a couple whose only function in life is to be on TV at all costs. He is not the disgraced, litigious former MP anymore. He is the bloke married to that woman who was the face of British Sausage Week in 2005.

Hamilton has suddenly rediscovered his Welsh roots during the campaign. His first name, Mostyn, now reportedly appears on his campaign literature. Ukip too have rediscovered more advantageous political opinions. The Welsh Assembly, which they opposed until 2013, is now a beacon of democracy. The fact that its part-PR system offers them a way into a legislative body presumably has nothing to do with it.

Reckless and Hamilton are like the human equivalent of a second-hand shop in a derelict seaside town. And yet where Ukip win – and they knew they were cruising to success of some sort in Wales – these are the types of people they parachute in. It’s a fitting testament to precisely what the party represents: A constant look backwards. An instinctive reactionary disdain for the present. A shoddy obsession with the public spotlight.