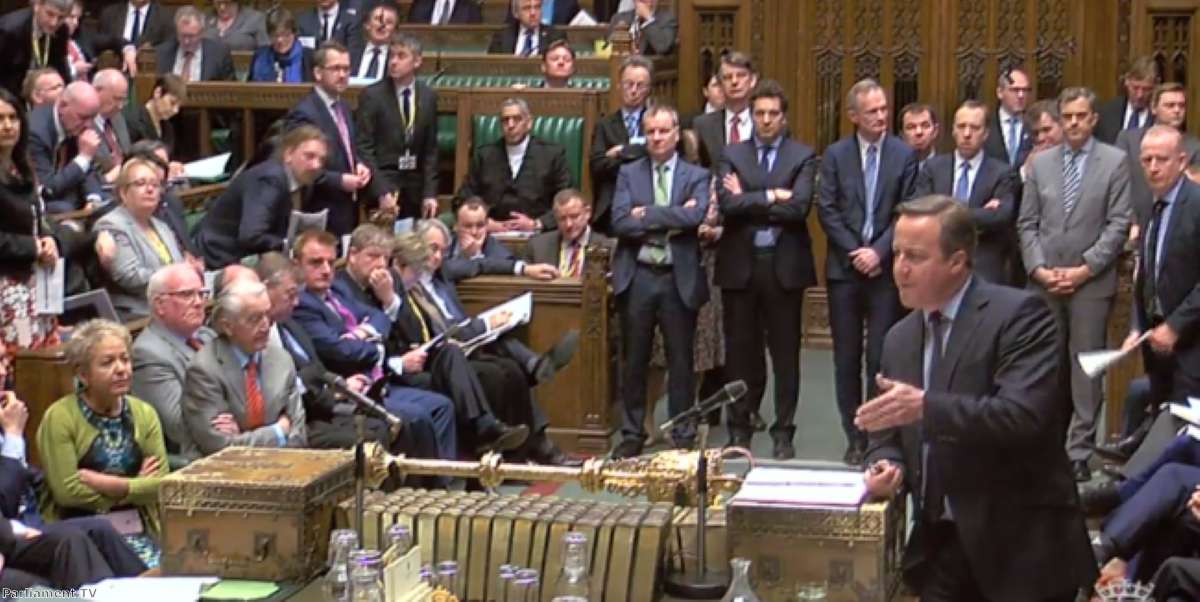 David Cameron and Jeremy Corbyn clashed at today's prime minister's questions over the government's decision to force all state schools to become academies.

Polls suggest the academies project is increasingly unpopular both with parents and teachers, as well as with many Tory MPs.

Corbyn's sustained attack on Cameron at #PMQs on academies plan is good politics; Tories in big trouble on issue pic.twitter.com/iJD9Bm2Xc3

However the prime minister remains committed to them. Today he claimed the evidence suggests that academy schools do better than other locally maintained schools. He told the Commons that: "we support it because of the clear evidence of academies. If you look at converter academies, 88% of them are good or outstanding… the results are better".

But is this actually true?

Well the first thing to point out is that there are two types of academy schools. The first type are sponsored academies. These are normally failing schools which have been turned into academies following government intervention. The evidence on these is mixed. According to Ofsted, in December 2013, 56% of sponsor-led academies were good or outstanding. This compares to 78% of all schools nationally.

An investigation by the Education Select Committee found no conclusive evidence that academisation had improved standards at primary schools. However, a separate report by the National Foundation for Educational Research (NFER) did find some evidence of improved standards at secondary academies. However, the evidence was not conclusive. According to NFER "the differences in school GCSE performance between sponsored academies that have been open for between two and four years and a group of similar maintained schools were generally small and mostly not statistically significant."

The NFER also found that results varied greatly between different academy chains, adding that: "it would be simplistic and misleading to draw firm conclusions and make a singular assessment of academies as a whole."

As the Education Select Committee pointed out last year: "Converter academies are likely to have been previously high attaining schools, since they required a good or outstanding rating from Ofsted in order to convert."

It is therefore hardly surprising that they should continue to be good or outstanding once they were converted.

However not all convertor academies have continued to do well. In fact several witnesses reported to the education select committee that these schools have a tendency to go "off the boil" once they are given independent status.

They also found "no convincing evidence of the impact of academy status on attainment in primary schools", adding that while "some chains such as Harris have proved very effective at raising attainment… others achieve worse outcomes than comparable mainstream schools". A report by the NFER also found "no significant difference in attainment progress between Key Stage 2 and Key Stage 4 outcomes after two years between converter academies and similar non-academy schools."

At best the evidence on academies is mixed.

However, the suggestion by Cameron today that "[academy] results are better" and "the results speak for themselves" simply doesn't stand up.