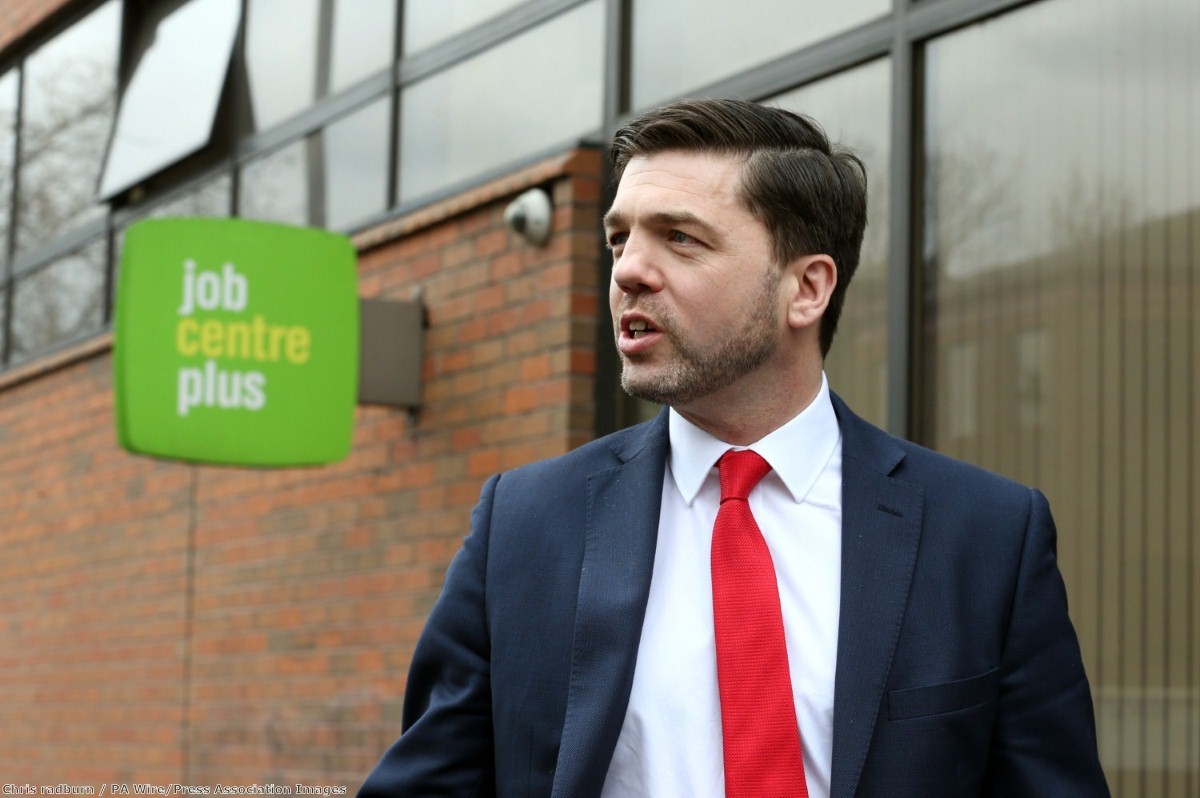 When Stephen Crabb replaced Iain Duncan Smith as the work and pensions secretary last month, there was hope among many disability campaigners that he would take the department in a new direction.

Crabb has first hand experience of life on welfare. Brought up in a council house by a single mother who at times relied on benefits, his appointment made a refreshing change to a Cabinet made up largely of millionaires.

The early signs were encouraging. The Sunday Times reported that he planned to cut ties with problematic welfare assessment contractors and had ordered DWP staff to come clean with the public about problems with Universal Credit. As we reported this week, documents relating to the flagship project, which IDS fought for years to keep hidden, have now been released. He also told his local paper, the Western Telegraph, that he only accepted the position at the DWP on the condition that cuts to the Personal Independence Payment (PIP) would be dropped.

But listening to his maiden speech on welfare reform yesterday, it was clear that while the person delivering the message has changed, the message itself has not. Just compare some of the key points he made to extracts of a speech by IDS in 2014.

On the welfare system:

IDS: "The reality is that our welfare system has become distorted, no longer the safety net it was intended to be. Too often it is an entrapment"

Crabb: "The welfare system I believe in, and I want to see, is one that transforms lives rather than traps them."

IDS: "As we roll out Universal Credit, the behavioural effect we are seeing has been remarkable. Universal Credit claimants are now spending twice as long looking for work"

On the importance of family:

IDS: "We have put families first – looking at the family as a whole and addressing their problems in the round"

Crabb: "We believe in the vital and foundational role of the family. That's why we have already doubled the funding for relationship support"

IDS: It is not enough to manage the symptoms of disadvantage. To make a meaningful and lasting difference requires that we treat the cause"

Crabb: That's exactly what we mean when we talk about life chances, a relentless focus, an all-out assault- as the prime minster calls it – on tackling the root causes of poverty"

Crabb's tone is a little softer than IDS', but the fundamental message is the same. Of course everybody wants to support families and tackle the causes of poverty. But platitudes like this gloss over the harsh reality of welfare reforms. As study after study has shown, changes to benefits have caused real hardship for society's most vulnerable people. Crabb's speech yesterday showed no signs of him wanting to correct that.

One way he could have truly set himself apart from his predecessor was to respond quickly and firmly to the disturbing findings of a Dispatches investigation which aired on Monday. The programme revealed the shocking attitudes of some of the people employed by the private company Capita to carry out Personal Independence Payments (PIP) assessments.

One Capita assessor told Noel Finn, a psychiatric nurse who was sent in undercover as a trainee disability assessor, that an individual had a "disability known as being fat, she asks for help to wipe her arse because she’s too fucking fat to do it herself".

When a manager was asked by Finn why she was taking down a notice making claimants aware of their right to have their assessment recorded, she told him: "We felt it was almost advertising the fact they can do and we've had an influx, so we're taking it down."

With Crabb's speech taking place the morning after Dispatches went out, it was the perfect opportunity for him to condemn the behaviour of the assessors and reassure claimants that he was taking the revelations seriously. But not only did the new work and pensions secretary not even mention the issue, he carried out his entire speech stood in front of a big sign with Capita's logo emblazoned across it.

Another issue he failed to mention was the hated bedroom tax. Any day now the Supreme Court will rule on a case which claims that the policy discriminates against the disabled. Among those challenging the DWP in the courts is the Rutherfords, who care for their disabled grandson. The family also just happen to be Crabb's constituents.

What he left out of his speech yesterday tells us more about how he will run the department than what he left in. Without acknowledging the pain and suffering which has been caused to so many, it looks as if little has really changed.