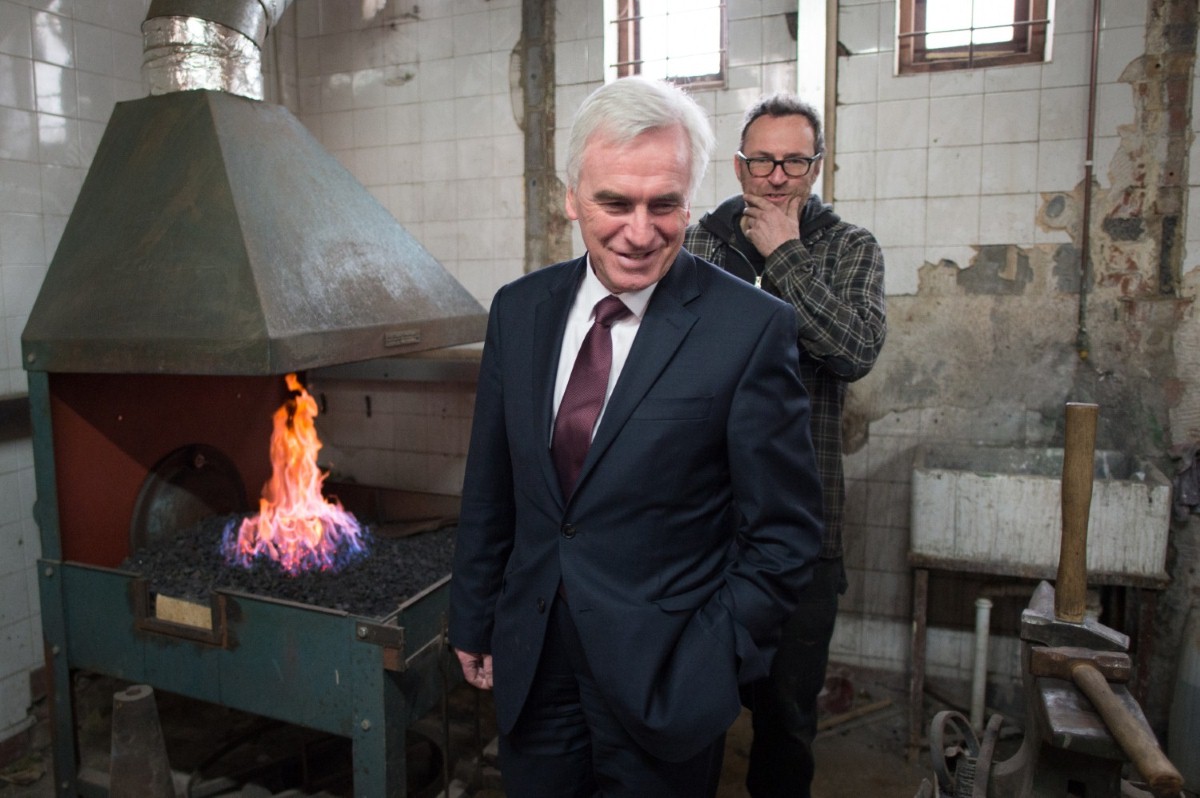 It really takes something majestic to achieve what John McDonnell did today. He took arguably the most damaging story the Tories have faced since 2010 and did his best to remove all the poison from it. They should teach it in university as a mathematically perfect failure of political strategy.

All eyes were on David Cameron, who, after a week of reluctance and misleading statements, had been forced to reveal details of his tax returns. Who should reveal theirs next? George Osborne was proving very reluctant, but Downing Street was very publicly piling on the pressure. Not only was Cameron's reputation for trust being compromised, but the previously unshakeable relationship between No.10 and No.11 was coming undone too. The core split in any governing party  – that between the prime minister and the chancellor – was starting to become visible. Moments before Cameron was forced to appear in the Commons for the first time since the story broke, Osborne released his tax returns.

Could it be stopped at the Treasury, or would other front benchers need to publish theirs? Perhaps all MPs would have to. Suddenly the Panama Papers story had taken on the chaotic quality of a big political scandal, the kind that runs on for days, even weeks, and takes sudden and unexpected victims. It's the kind of thing opposition parties dream of. The hacking scandal last parliament, for instance, was one of the few moments in which Ed Miliband could claim to be on the front foot. He was still bringing it up years later. These are the moments you have to make the most of as opposition leader.

It may be the most inept response to a political scandal imaginable. It is stupid, impractical, short-sighted, wrong and counter-productive.

Perhaps McDonnell was just referring to the lobby, the group of journalists based in the Houses of Parliament with privileged access to the prime minister's spokesman. But then he won't get to see the tax returns from people like Paul Dacre and all the other proprietors and editors you suspect he really has his sights on.

There is no sensible way to make the system work. But even if it did work, it would be an appalling strategy.

Why complicate the issue? McDonnell is in a great position. It's a feverish political scandal, confirming voters' prejudices about both the rich and politicians. And it confirms prejudices about rich politicians in particular. Oh, and it's centred right on the prime minister. McDonnell should have been at home with a bottle of whiskey, a cigar and BBC News 24, feeling deeply content. Instead he was out there trying desperately to rid himself and Jeremy Corbyn of their advantage.

Making the story about political journalists takes the focus away from David Cameron. It aims a hostile message at precisely the people who are taking on the prime minister. It splits the people calling for the publication of tax returns. And it does all this while achieving precisely nothing, because it is a useless measure.

So why would McDonnell do it? It's not like it just occurred to him. Corbyn was suggesting the same nonsense over the weekend on the Andrew Marr programme. Presumably it stems from Corbyn and McDonnell's Noam-Chomsky-inspired view that all media is essentially a propaganda arm of private capital. When you see the world through that lens, you can't help but attack the media wherever possible.

Many of Corbyn and McDonell's supporters presume this is some sort of campaign against the Mail and the Sun, but the truth is they seem to hate the Guardian and the BBC more than anyone. That's because it's the Guardian and the BBC which are the biggest threat to this worldview. If they provide quality coverage which can be relied on by the public, the idea that all media is a mouthpiece of secretive wealthy propagandists is harder to make.

McDonnell's absurd contribution to the debate shows that the Labour leadership's ideological straightjacket is so severe it can't even sit there and win an effortless battle against its opponents. Instead of accepting the victory, they decided to open a second front. And not just any second front – a second front against the enemy of their enemy. It is more stupid than Hitler invading the Soviet Union. It's like Hitler had invaded Japan.

One struggles to imagine why the Labour leadership would adopt such a response. Perhaps it was because anything else might mean success, and that is plainly antithetical to their political strategy.