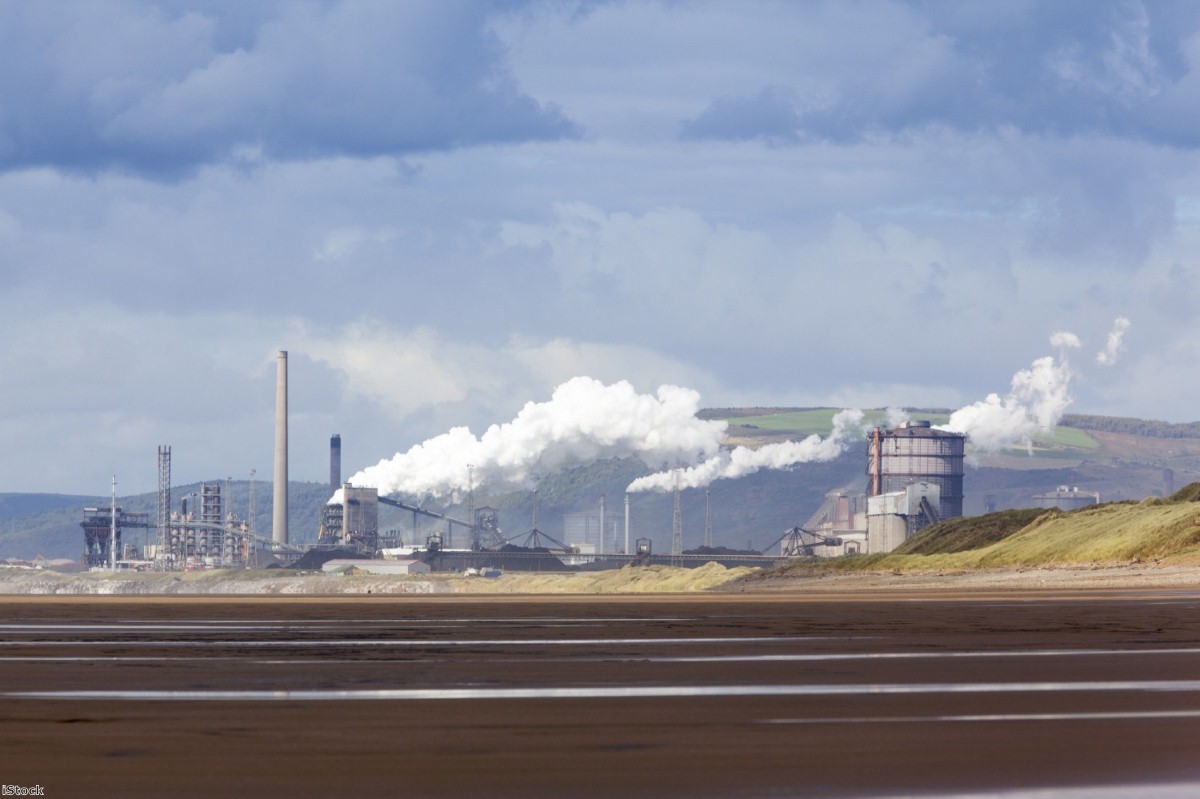 By any assessment it was a remarkable moment. Yesterday, Sajid Javid – the most Thatcherite member of Cabinet in a resolutely free market government – held open the possibility of nationalising part of the British steel industry.

Javid is an honourable politician but he's been having a dreadful crisis. He knew the Tata announcement was coming on Tuesday but headed off to Australia anyway with his daughter. He lobbied to resist EU changes which would have allowed UK steel to compete more easily with Chinese imports. And, in a moment of political symbolism so perfect it should be in a David Hare play, he was actually at a right-wing libertarian conference in the US when Welsh Labour MPs were trying to warn him of the severity of the problem.

Asked on the Andrew Marr programme about the options for Tata steel if the government can't find a buyer, Javid said nationalisation was "rarely the answer", but it "wouldn't be prudent to rule anything out".

It is a spectacular sight, such a dyed-in-wool free marketeer countenancing nationalisation. It shows how weak and degraded the Thatcherite argument has become. His fellow free market enthusiasts will tell you that it is a political move designed to limit the damage of mass lay-offs in response to changing market conditions – namely a reduction in demand and a massive surge in cheap steel from China. But China's steel production is not just the product of the free market. It massively subsidises the industry.

Swiss bank UBS found that the top steel producers in China lost £7.6 billion in the first ten months of 2015, but it was mostly covered by state subsidies. And the oversupply of steel is itself partly a result of China's willingness to interfere in the market. It supports plants to prevent them closing and laying off thousands of people.

This is one of those moments where the myth of free market utility, which the UK has laboured under since Thatcher, is laid bare. And whenever these moments crop up, one sees just how little support free market dogma has. A recent poll from YouGov shows 62% of people support nationalising the Port Talbot plant.

These numbers are pretty consistent. In 2015, when YouGov ran a similar survey, it found 58% support for nationalising rail, water and other utilities.

Yesterday's Mail on Sunday column by Peter Hitchens showed the degree of discomfort with free market economics being felt even on the traditional hard right. Since Thatcherism began, many of the working class communities decimated by the loss of manufacturing industries slipped into catastrophic decline. Market forces did not step in and help, nor did they create bustling new industries for workers to migrate to. The only intellectual response to this from the right has been the imaginative suggestion that worklessness is the psychological product of welfare provision.

It is not an example which convinced the public of the wisdom of the market. People do not want a government in love with its own impotence, which throws up its hands in the face of market forces, as all British governments have done since Thatcher. The public believe in economic intervention. The free market fundamentalists have had decades to make their case and they have failed.

"A journey across the heart of England, once an exhilarating vista of muscular manufacturing, especially glorious at night, turned into archaeology. Now, if it looked like a factory, it was really a ruin."

There is a significant difference between this and other crises, however. This time the opposition is on side. Rather than the mealy-mouthed caution of New Labour, Jeremy Corbyn and John McDonnell have called for firm government action.

If they can't make ground on this issue they won't be able to make ground on anything. It is exactly in the sweet spot – and there aren't that many of them – where their views and those of the public meet. Their performance so far has been the most effective in their short time running Labour, which admittedly is not saying much.

Corbyn threw his weight behind a petition to recall parliament. It was logically insane. Petitions have to be debated in parliament, so starting a petition to recall parliament makes precisely zero sense. You might as well try to turn a chicken back into an egg. But despite being logically insane – or perhaps because of it – it was extremely canny. The clear implication of the petition is that the Tories are sleeping on the job and only care about their rich chums. Given Javid's mishandling of the crisis, it is not a difficult argument to make.

Cameron has offered no solutions today to the threat to our steel industry https://t.co/idECbvczy4 #SaveOurSteel pic.twitter.com/GnjsXD7Ycj

McDonnell is behaving like a train enthusiast who is asked about his favourite subject at a dinner party. Finally, he is allowed to talk about what he's been wanting to talk about all evening long. He's pushing loudly for nationalisation and highlighting the cost in benefits from mass lay-offs. His message has been firm and clear. Instead of avoiding the media or entertaining conspiracy theories about it, he is all over the TV screens – including, crucially, the morning TV sofas. And he has made Javid's life a misery. It’s almost like Britain suddenly has a functioning opposition.

This isn’t a coincidence. There were always a few key topics, such as nationalised industries, where Corbyn and the public were on the same page. Free market enthusiasts have long pretended that the public is on their side on this issue, that privatising anything that moves is 'sensible' and follows the natural laws of politics and economics, while any form of national ownership is loony left territory. It’s always been a sham. It remains a sham. The reason it has no public support is because the public has seen the consequences.

If a buyer can't be found – and the Labour leadership plays its cards right – this could be a turning point in the continued decline of free market fundamentalism in the UK.