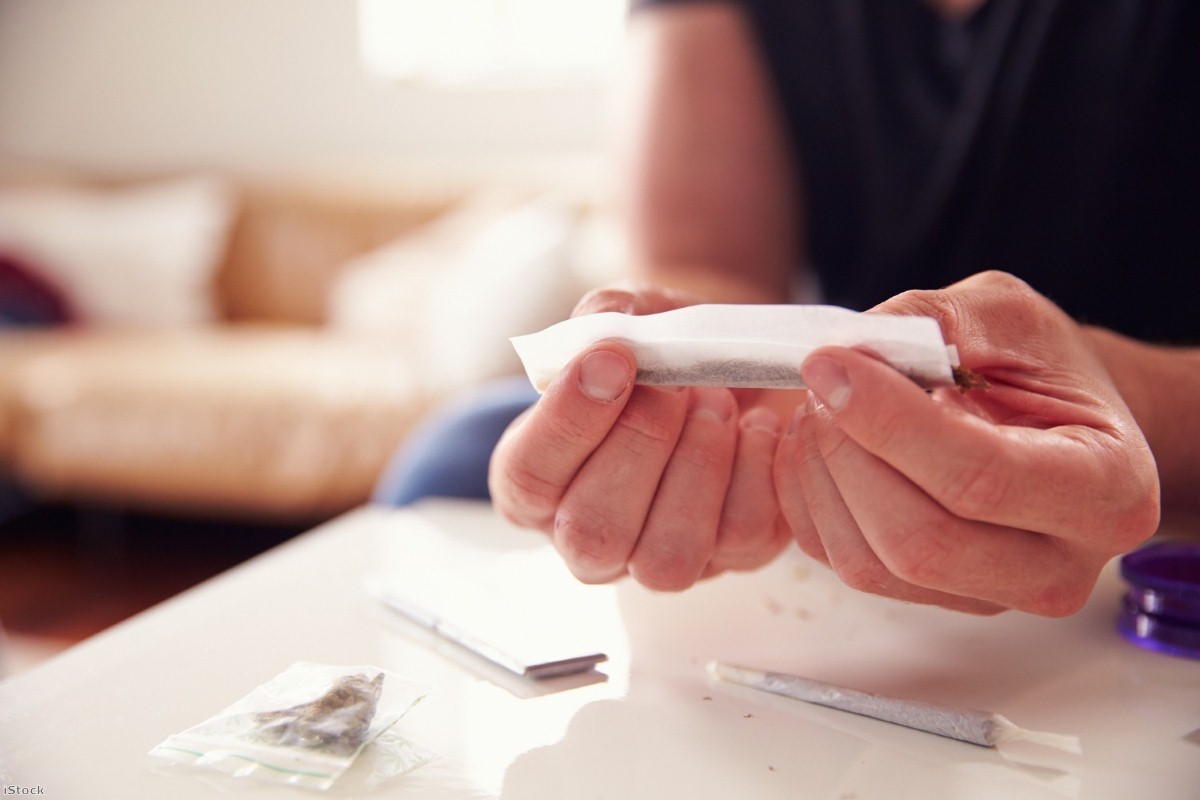 The police will not, on the whole, arrest people for cannabis possession. You might think that those of us in favour of an end to the drug war would be in favour of this. We probably would be, if it were being done in a thought-through manner, with cannabis moving out of the purview of the justice system and under the umbrella of public health and education. But it’s not. The goal should be to take this lucrative business out of the hands of criminals and reduce the undoubted health and societal impacts of cannabis. Instead it is being ignored. The end result is that cannabis is easily available – probably more so than alcohol, if you’re under 18 – but that it is almost impossible to buy anything but the most dangerous form of the drug.

This can be seen starkly in the results of a new study, published in the journal Drug Test Analysis and carried out by scientists at King’s College London. It’s the first big study for ten years to look at what strains of cannabis are sold on the streets of England, following up research by the same authors from 2008 and 2005. It took almost a thousand cannabis samples seized by police in five constabularies – Derbyshire, Kent, London Met, Merseyside, and Sussex – and examined them for potency: specifically, how much tetrahydrocannabinol (THC) and cannabidiol (CBD), the two main active ingredients in cannabis, there was in each sample.

Of the 995 samples the team looked at, 929 of them were skunk – a high-potency, hydroponically grown form of cannabis. Just 58 of them were resin (hash) and only six were traditional bush weed. Until 2000, according to Home Office reports, hash accounted for about 70% of all cannabis seizures; now it’s barely five per cent. Although skunk itself hasn’t got any stronger in the last ten years, it now seems to be pretty much the only available form of cannabis. It is extremely high in THC, and almost completely without any CBD at all.

The mental health impacts of cannabis are not absolutely clear, and I don't want to add to a media barrage of scaremongering. But it is well documented that regular use of high-THC cannabis is strongly correlated with psychosis and diagnoses of schizophrenia. The average person's lifetime risk of developing schizophrenia is about one per cent, but a regular high-THC-cannabis user has about a five per cent chance.

There are possible reasons why this might not be a simple causal relationship – it could be that people with incipient psychosis are self-medicating, or it could be that people with schizophrenic symptoms are also more likely to engage in risky behaviours, such as smoking cannabis. But there is a dose-response relationship (the more THC, the greater the likelihood of psychosis), and the diagnosis tends to follow the smoking. Dr Maria Di Forti, the author of the study, told me that she thinks that high-THC cannabis is a risk factor in psychosis.

What’s worse, CBD – the stuff that gets you stoned, which is found in higher quantities in hash and traditional weed – appears to have a protective effect against psychosis. Again, this isn't completely clear: most of the evidence so far comes from tests on animals, although there has been one proper randomised controlled trial, published in December, by KCL colleagues of Di Forti’s. But the evidence does suggest that it is likely to reduce the likelihood of psychosis.

It’s overstating things to say this is a public health catastrophe, but it’s certainly a public health problem, and it’s caused by the fact that the government has entirely dropped the ball. I spoke to a former drug treatment worker, who’d worked in clinics for nine years, about it, and he said that there is no message about it at all. No-one is talking to teachers, to parents, to children about the potency of cannabis and its possible effects. "People have this 1970s image of cannabis as this benign drug," he says, because in the 1970s the main available forms of cannabis were balanced between THC and CBD. But people's memories of smoking it in the 1970s, or even the 1990s, are not a useful guide to the drug that's available today.

He also says that, from his experience, children find it easier to get hold of cannabis than alcohol. That's backed up to some extent by findings from a couple of surveys, although I don't want to suggest that it's solid scientific data. But while in my teenage years in the 1990s, it was easy to go to a pub or an off-licence aged 15 and get a drink, nowadays sensible public health measures have made it much harder for under-18s to buy alcohol. No such steps have been taken with cannabis. "Kids can get alcohol, but there are hoops they have to jump through," he says. "It's much easier to just ask the kid at school who smokes cannabis."

The answer to this is not to clamp down harder on cannabis. That’s been tried. Besides, a huge crackdown would be enormously expensive for a justice system that has already had its budget stripped to the bone. Also, there doesn’t seem to be public support for punitive measures. A 2016 poll found that support for legal sale of the drug outweighs opposition.

There are more efficient ways. Di Forti told me that the experience with tobacco shows that a public education campaign, combined with efforts such as banning smoking in some public places, can significantly reduce use. The drug reform campaign group Volteface recommends a tax on cannabis, with higher taxes for more THC-potent strains, in the same way that vodka is taxed more than wine and wine is taxed more than beer. This would be vastly cheaper – indeed, probably revenue-positive – and would be much more likely to reduce harm, and perhaps use.

Canada is planning to introduce a system like that, with the explicit goal of protecting children. It's not a free-for-all libertarian idea of giving stoners whatever weed they want. It's a regulated system that takes profits out of the hands of the black market. It allows lawmakers to make cannabis safer, by making it harder for children to buy, incentivising the production and sale of less dangerous strains, and allowing for education and public health messages to be issued beyond the idiotically simple and ineffective 'just say no' approach. The experience of other countries, such as Portugal, which have taken cannabis out of the hands of the justice system and made it a health issue, has been broadly positive from a public health point of view, and enormously cheaper than a punitive approach. Its drug mortality rate is the lowest in western Europe. From the point of view of cannabis use, only 5.1% of young adults have used the drug in the last year, according to the European Monitoring Centre for Drugs and Drug Addiction, compared to 11.3% in the UK. And the Portuguese figure is dropping year-on-year. There certainly isn’t a suggestion that legalisation in 2001 has led to a boom in drug use there.

Exactly which system – the Portuguese, the Canadian, the Uruguayan or whatever – we use almost doesn’t matter. The point is that all of these countries at least have a system. At the moment, the British government is sticking its fingers in its ears and closing its eyes, pretending it has a policy when it doesn’t. And young people are being harmed by its inaction.